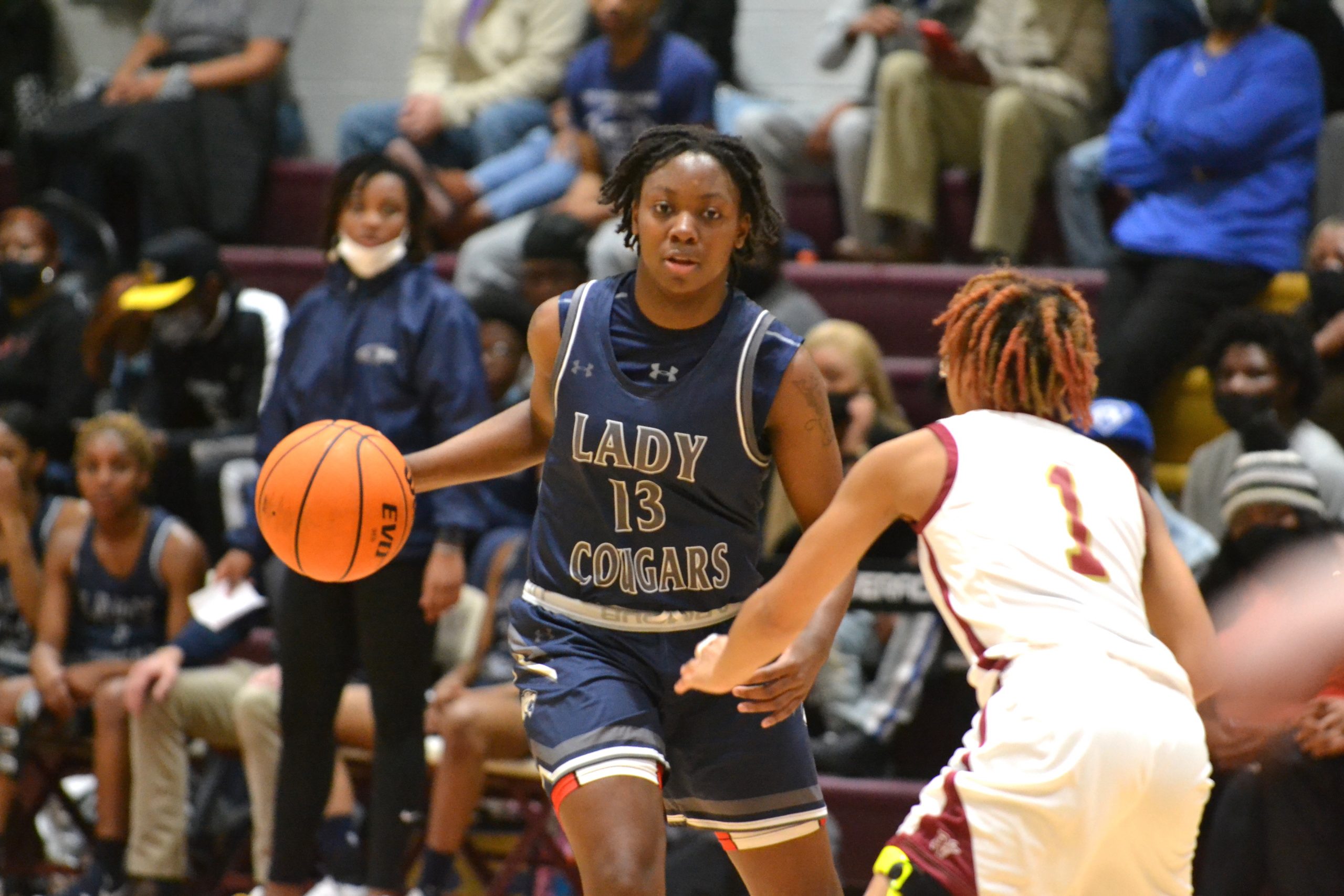 Clay-Chalkville's Tamyia Muse (13) handles the ball during a road game at Pinson Valley on Jan. 7, 2021. Photo by Erik Harris

PINSON — The Clay-Chalkville girls basketball team opened up Class 6A, Area 12 play with a win on Thursday night in Mike Dutton Gymnasium.

Cheyenne Pearson led the way with 10 points, the Cougars shot 28 free throws and pulled away in the second half for a 49-23 road victory over Pinson Valley.

Defense traveled well for Clay-Chalkville, as the visitors held Pinson to only two first-half field goals, both coming in the second quarter. The Cougars were also a little slow to find their offense, but Kameron Sanders finished the first half with a nice mid-range bucket. She worked around a Pinson Valley defender with a ball-fake, stepped inside the arc and rattled down her team’s fourth basket of the half, which sent them to the locker room with a 17-8 advantage.

Offense came a little easier in the third quarter while Clay-Chalkville pulled things out of reach at 40-12 going into the final frame. Pearson took over down low with three quick makes followed by a pair of 3-pointers from Vonquice Wilson and Amani-Moraiyah Dawkins. 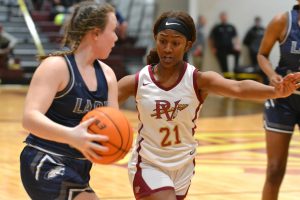 The Cougars made several trips to the charity stripe and cashed in with 12 points. Pinson Valley finished with five free-throw makes and seven total field goals.

For the Indians, seniors Yari Singler and Bryanna Williams led the way with six points in the loss. Pinson Valley now sits at 0-2 in area play following a tough loss to Mortimer Jordan on Tuesday night.

Clay-Chalkville is scheduled back in league play next Friday night at home against Mortimer Jordan.