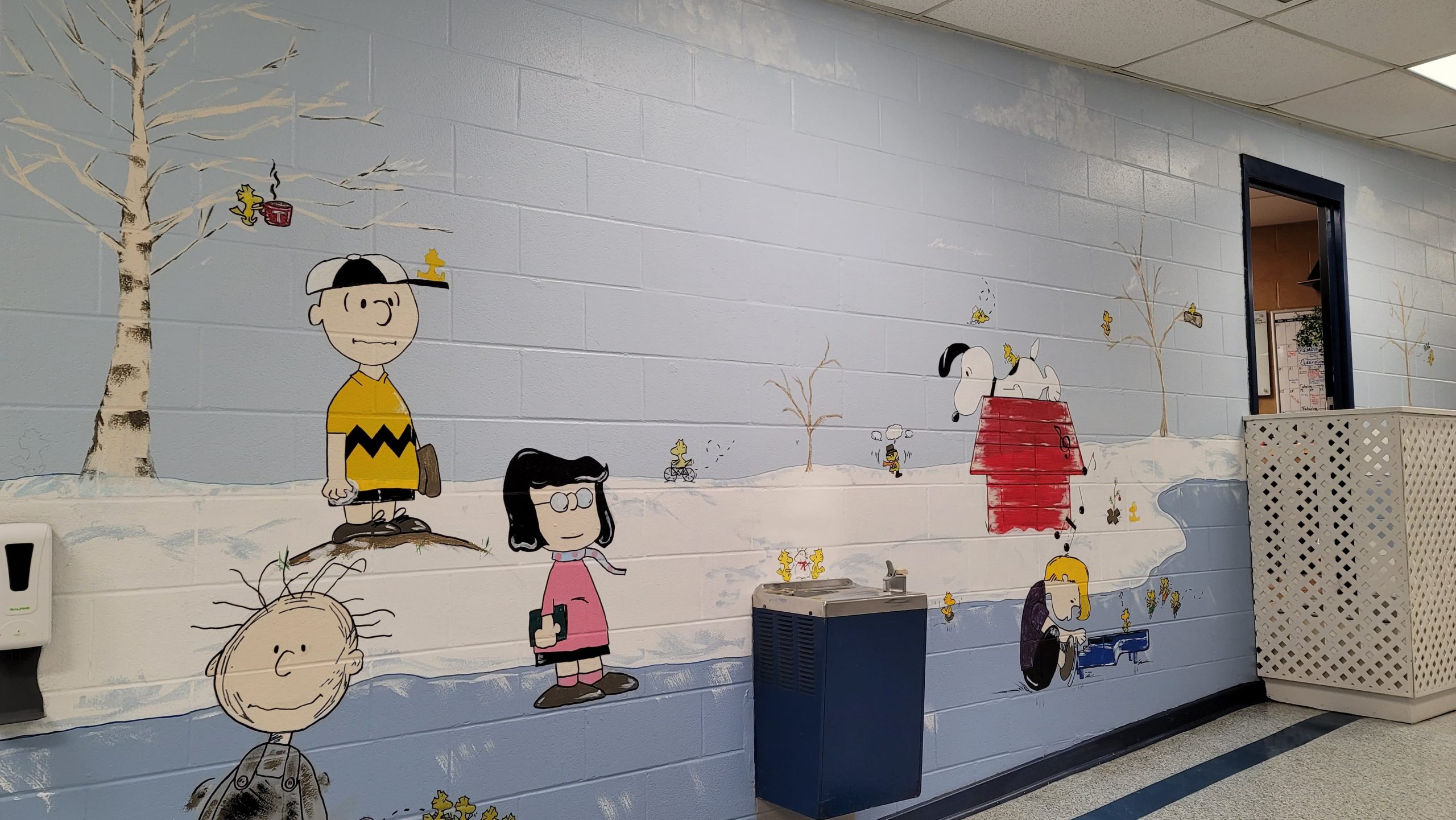 CLAY — The principal at Clay Elementary School is hoping his latest creation will breed positivity in the halls of his school but he is quick to point out that he didn’t do it alone.

The Peanuts-themed mural shows Snoopy and the other Peanuts characters in a winter wonderland full of snow, ice and birch trees. Schroeder is, of course, on his piano, Charlie Brown is holing a snowball, and Snoopy is interacting with two Woodstocks from atop his red dog house.

Finkley, who is in his second year as Principal at the school, said his inspiration for the mural was his staff and his students. 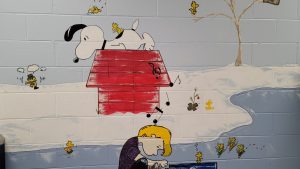 “We had frames on our walls and we decided to go in a different direction,” said Finkley. “It was very institutional and wasn’t very inviting for kids.”

To Finkley, the wall was much more than a place for frames. As an artist himself, he saw a canvas.

“Every day I would come out of my office and say, ‘that’s a nice wall to paint something on,” said Finkley.

So, he started the mural and before he knew it, there was a winter wonderland with Charlie Brown and all of his friends. As a way to involve teachers, Finkley invited them to the wall to add their own Woodstocks.

“I wanted them to have something personal,” said Finkley. “Like we have a teacher that loves riding a bike, so one Woodstock is on a bike.”

Other personal touches include a Woodstock with a Troy University coffee mug and Woodstock nurse, made by the school nurse. 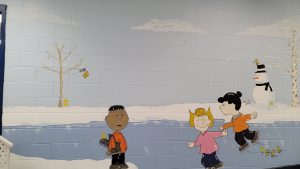 The mural will stay on the wall as long as it is loved in the school. As a Leader in Me School, Finkley said Clay Elementary has other artistic touches, such as painted restrooms, in order to “decorate school culture.”

Finkley said the idea to do Peanuts came to him because as a child, Charlie Brown was a staple in his childhood.

“Nothing represents childhood like these characters,” Finkley added. “Yeah, we could’ve done superheroes or something but we wanted it to be child-friendly. It shows peace and fun.”

Speech Pathologist teacher Bethany Porter came in on her day off to help Finkley paint many of the characters. She said she thought the mural was a great idea.

“This is just an honor to be able to participate,” said Porter. “I’m retiring soon and this allows me to keep a piece of me here for a little while.” 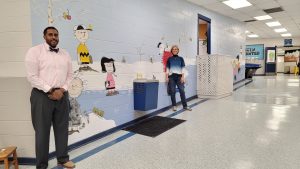 Porter said with all of the things children are dealing with outside of school, it is nice to see something that will bring smiles to their faces.

“I just know they are going to love it,” said Porter. “It’s just a different world. There’s peace and happiness and fun.”

“This is so cool,” said Davis. “I think the best part about it is all of the teachers and staff have participated and some students will get to take part in it when they come back.”

When the children come back to school, the principal said he plans to allow them to make their own snowflakes on the wall. Davis said the art will serve as a way for students to express themselves.

“It’s such a good way to tackle so many different things,” Davis said. “It gives them another outlet, especially with all of the things going on right now you know, the kids need an outlet.”

The principal said the mural is also a way to teach the students how to create colors and complete artwork, so there is also an educational aspect to the project.