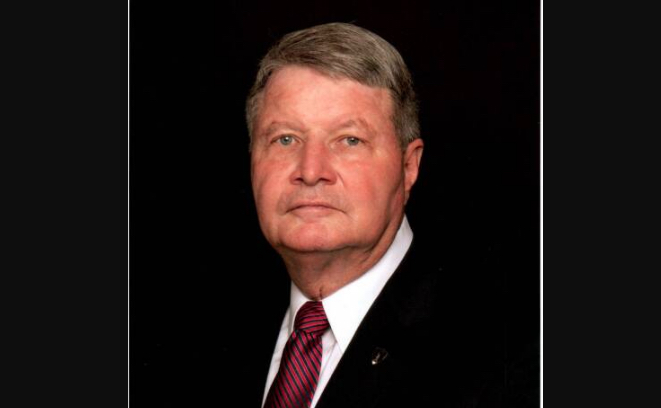 A lifetime of service to the community ended on Jan. 1, 2021 with the passing of William Michael “Mike” Coppage. Mike is preceded in death by his parents, Rose Eileen and George William Coppage. He is survived by his loving wife Judy and her children, daughter Joy Lawley, son Jason Lawley, granddaughter Julia Brown, and grandsons Mason Lawley and Braden Lawley, whom he loved very much. He is also survived by his sister Janet Buchannan (James) and numerous nieces and nephews.

Mike was a lifelong resident of the Birmingham area. He was a graduate of Woodlawn High School and attended Jacksonville State University.

He enlisted in the U.S. Army in 1970 and served as a Military Police Officer and Investigator for the Criminal Investigative Division of the Department of the Army (CID). Upon his honorable discharge in 1974, he returned home to Birmingham and joined the Birmingham Police Department.

As a Birmingham Police Officer, he rose steadily through the ranks of the Department, serving as a Patrol Officer, an Evidence Technician, a Senior Instructor at the Birmingham Police Academy, Field Supervisor in the Department’s Patrol Division, Detective in the Robbery/ Homicide Unit, Commander of the Tactical Operations Unit (SWAT), Executive Assistant to the Deputy Chief of the Support Services Division, and Commander of the East Precinct.

In 1998, he was appointed Chief of Police, and oversaw numerous improvements in the operation of the Department which resulted in five consecutive years of lower crime rates in the city, including a 15 year low in 2001.

In 2003, he was appointed by Gov. Bob Riley to the position of the Director of Public Safety for the State of Alabama where he held the rank of Colonel with the Alabama State Troopers. He served as Director until 2006.

He continued his public service by filling an unexpired term on the Irondale City Council in February of 2007.

His attempt at retired life was short lived when he was appointed the Director of Public Safety and Emergency Management at Samford University in July 2009 and served until February of 2012.

His commitment to public safety was exemplified by his continued professional development, as he was awarded as Associates degree in Law Enforcement from Jefferson State Community College, and a Bachelor of Science degree in Criminal Justice and a Master of Public Administration degree from the University of Alabama at Birmingham. He completed the Program for Senior Executives in State and Local Government at Harvard University’s John F. Kennedy School of Government and as a graduate of both the FBI National Academy (132nd session) and the FBI National Executive Institute (22nd session).

Mike’s service to the public continued with his volunteer work at Children’s of Alabama and the Alabama Institute for the Deaf and Blind in Birmingham and St. Vincent’s Hospital Birmingham.

Mike was known as an amiable individual, who always had a joke to share, which he enjoyed whether anyone else did.