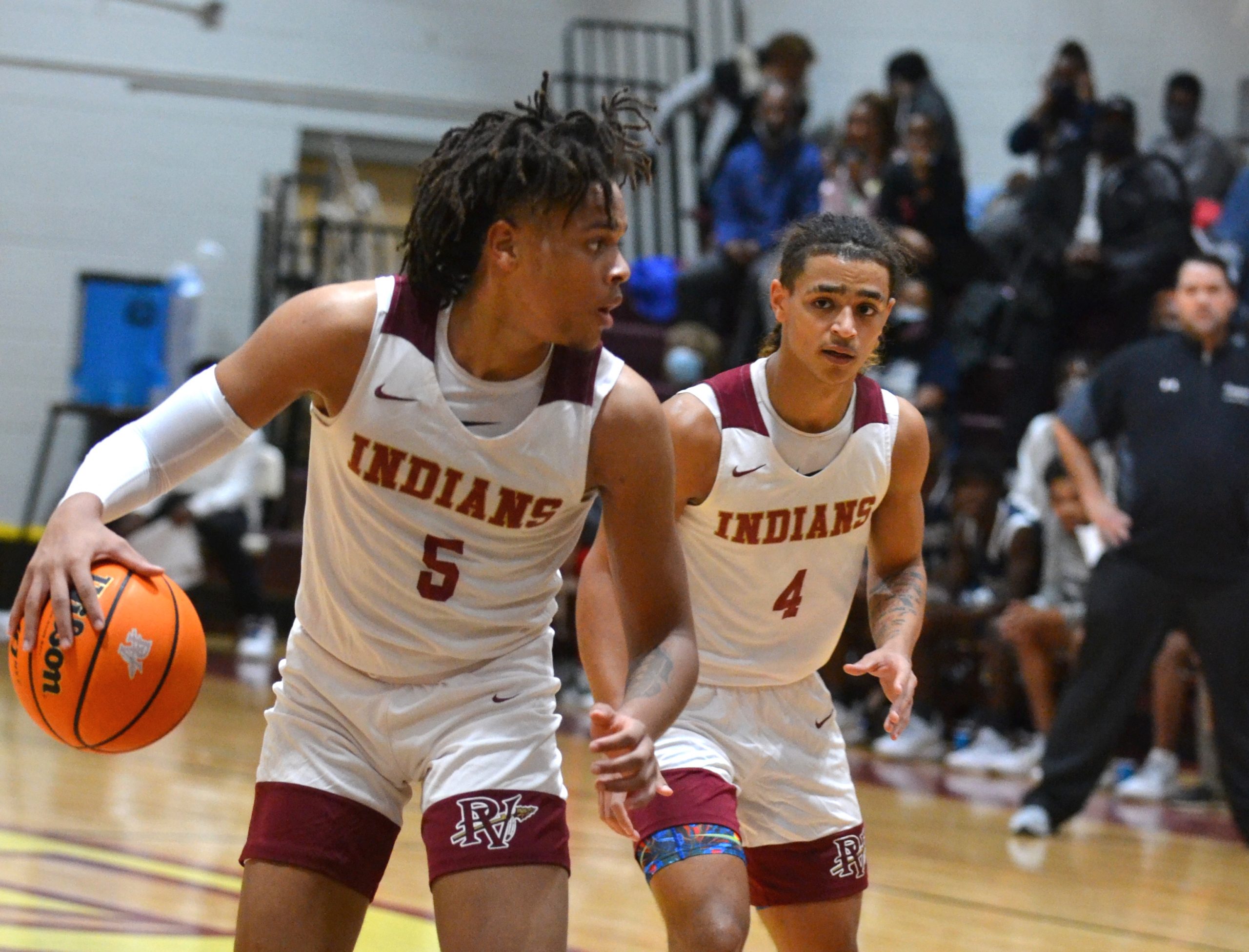 Pinson Valley seniors Joshua Williams (5) and JoJo James (4) look on during a home game on Jan. 7, 2020. Photo by Erik Harris

No. 3 Pinson Valley wraps up big week with win over No. 1 Ramsay

BIRMINGHAM — The No. 3-ranked Pinson Valley boys basketball team capped off a productive week on Saturday night in Birmingham.

Behind a balanced offensive attack, the Indians rallied back in the fourth quarter to knock off Class 5A No. 1 Ramsay 58-54, completing a 3-0 week that also included two Class 6A, Area 12 victories over Mortimer Jordan and Clay-Chalkville.

Pinson Valley (10-2, 2-0) trailed for the opening three quarters on Saturday, but weathered the storm thanks to five players reaching double figures in scoring. Senior Joshua Williams led the visitors with 11 points and seven assists. Fellow senior JoJo James notched a double-double with 10 points and as many boards.

James delivered throughout the week, slashing his way to 19 points on Tuesday at Mortimer Jordan and matched that at home on Thursday night against rival Clay-Chalkville. His Indians won those area contests 55-23 and 61-39, respectively.

He and Williams had plenty of help against the Rams. Freshman guard Caleb White (three assists), sophomore guard Terry Coner (three assists) and senior wing Moe Calloway (six rebounds) each came through with 10 points on Saturday.

Pinson Valley is back in league play on Tuesday at Gardendale.