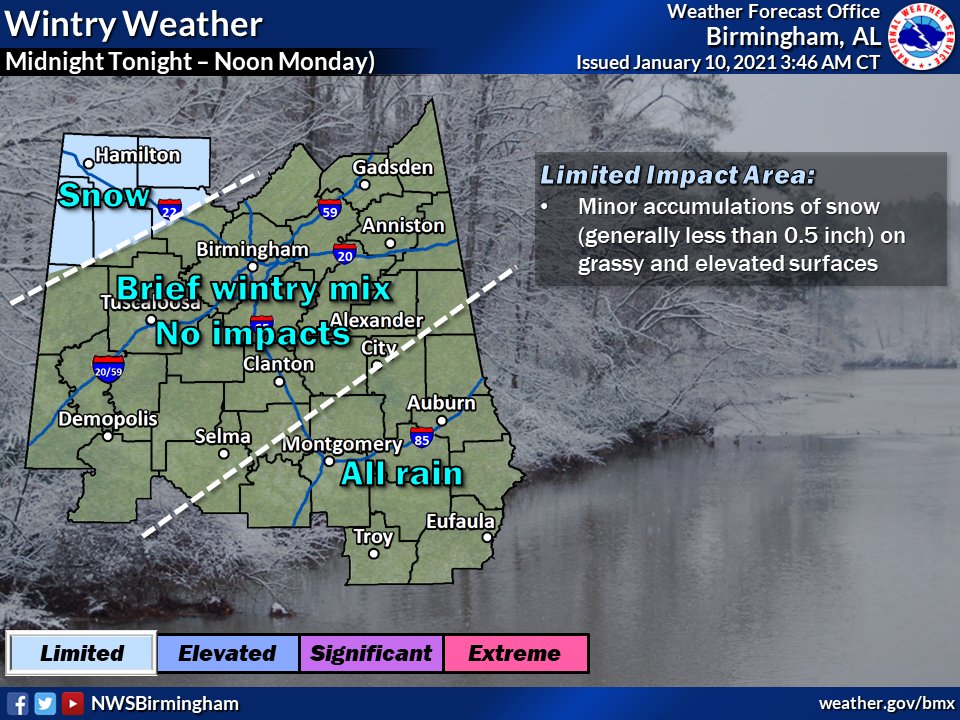 BIRMINGHAM — The National Weather Service in Birmingham issued a Winter Weather Advisory for the overnight hours.

Wintery precipitation is expected over portions of Central Alabama Monday morning and some areas may see a mix of rain and snow from midnight through mid-morning.

The most potential for a period of snow will be in the far northwestern portion of the state, although those in central Alabama should stay weather-aware. Minor accumulations and travel impacts may be seen during this time, according to the National Weather Service. Slippery road conditions could impact the morning commute, so drivers are urged to exercise caution and slow down.

A Winter Weather Advisory will be in effect from 12 a.m. until 12 p.m. Monday for the following counties: Marion, Lamar, Fayette, Winston, Walker Pickens, and Tuscaloosa.

The latest road conditions for the state you are calling from can be obtained by calling 511.