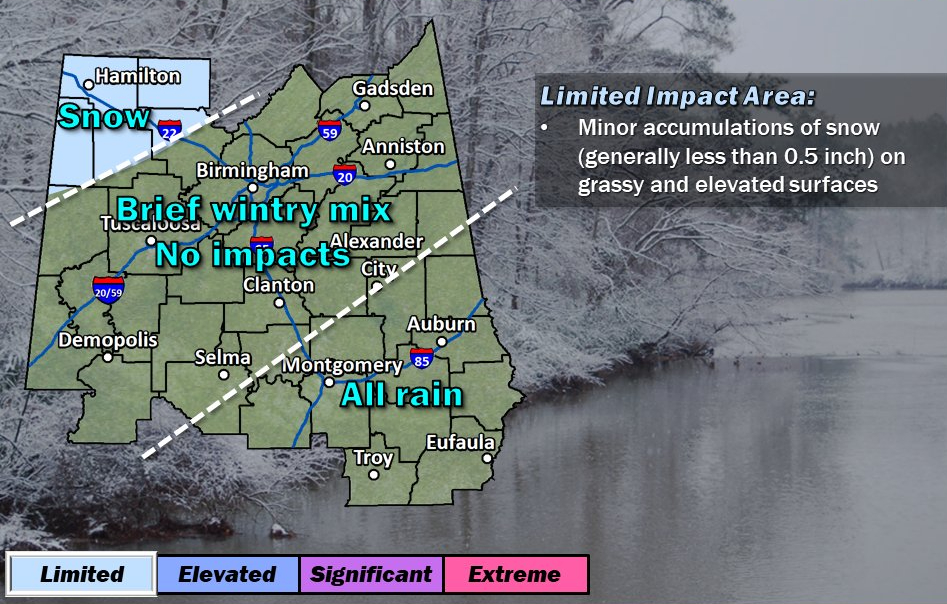 BIRMINGHAM — A mix of rain, ice and snow is expected to move into Alabama early Monday but minimal impact is expected for most of the state, including the Tribune coverage area.

According to the National Weather Service in Birmingham, a chance of rain, snow, and sleet, mainly after 3 a.m. on Monday is expected. It will be mostly cloudy, with a low around 34. The chance of precipitation is 30% with little or no snow and sleet accumulation expected.

The weather situation will continued to be monitored and updates will be provided as needed. 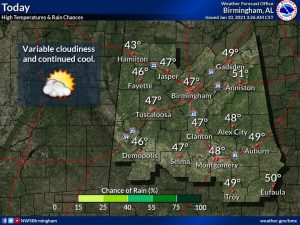 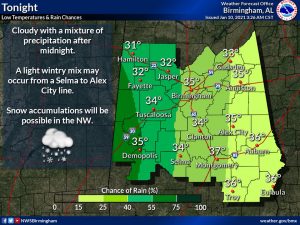 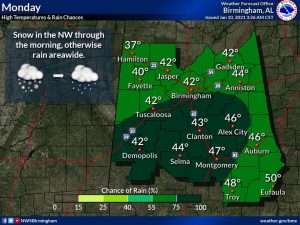 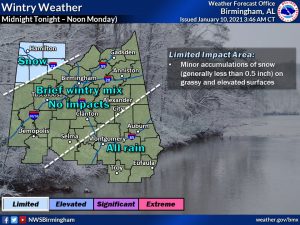