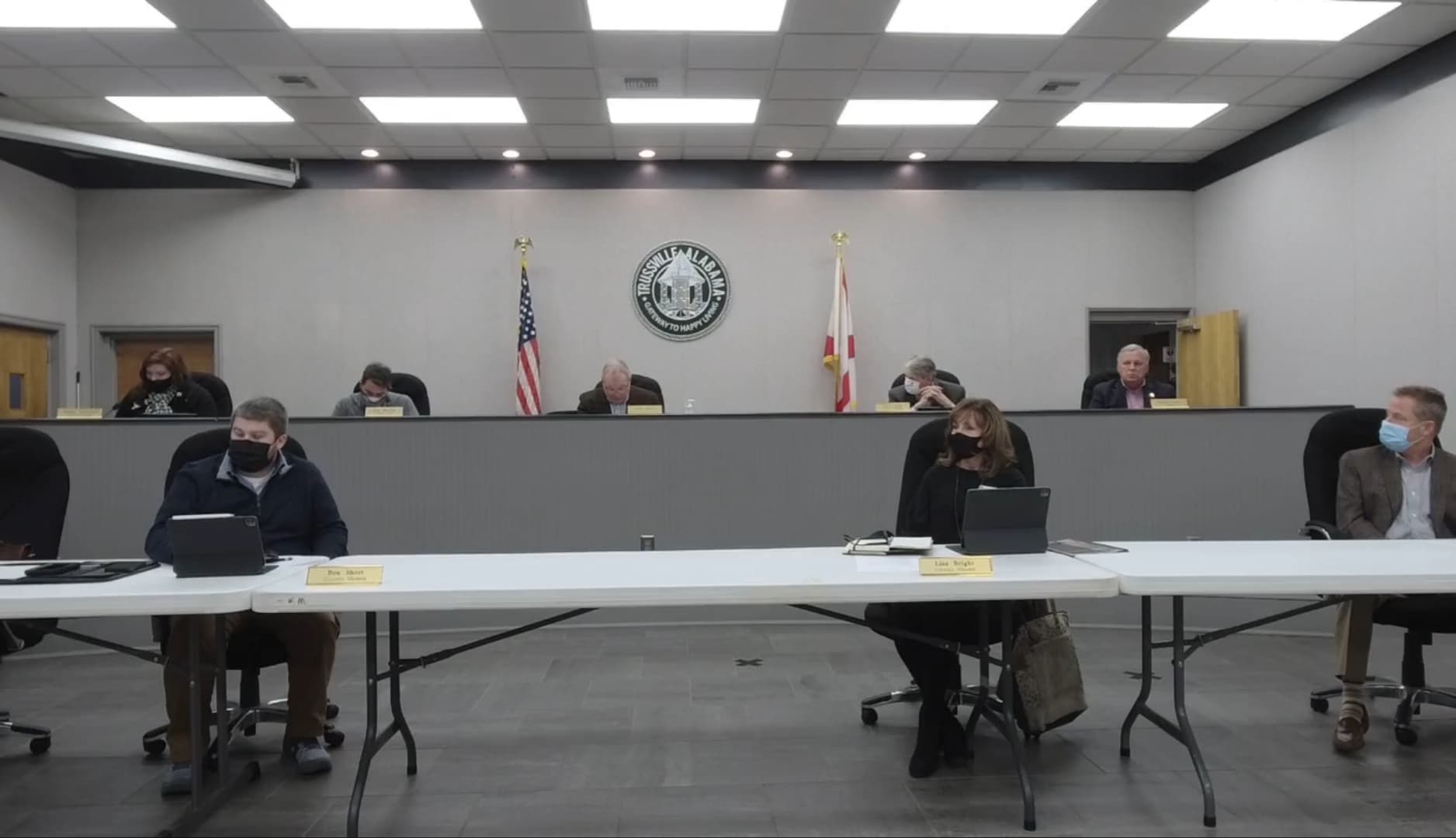 TRUSSVILLE — The Trussville City Council met on Tuesday, Jan. 12, 2021, and approved a draft of an agreement with the school system on facility usage.

The reciprocal use agreement with Trussville City Schools gives Mayor Buddy Choat the directive to oversee the implementation of and compliance with the agreement.

The agreement states that schools have priority use of school facilities and the city has priority use of city facilities. However, the two entities would agree to “memorialize their longstanding informal reciprocal use agreement in writing to facilitate better understanding of each party’s role in the continued relationship between the parties and to organize, to promote, and to conduct programs and activities that further the education, health and general welfare of the community,” as part of the agreement.

Discussions of a formal agreement came about after representatives for the Trussville Lacrosse teams were denied usage of Husky Field.

According to the school system’s website, Hewitt-Trussville Stadium is a state-of-the-art, $14.6 million facility. Husky Field has artificial turf, which cost about $400,000. Those asking for use of the stadium said since the city of Trussville spent thousands of taxpayer dollars to build the stadium, the city should have the right to allow teams in the city to use it. However, it was unclear who makes decisions concerning the use of Husky Field because there was no written agreement on the matter, according to city leaders.

The agreement will go to the Trussville City School Board for approval. The draft can be viewed below.

The proclamation states that the council “appreciates the vital role played by those individuals who, as local school board members, establish policies to ensure the efficient, effective school system.”

In other business, Taylor announced the city will renew its stormwater ordinance in compliance with ADEM’s Clean Water Act. The ordinance must be approved every year in order for the city’s permit to be renewed.

Several rezoning requests were approved after coming to the council recommended by the city’s Planning and Zoning Committee. Those properties include:

Finally, a resolution to enter into a jail contract agreement with the city of Irondale was approved unanimously. During the city council workshop on Thursday, Jan. 7, 2021, Police Chief Eric Rush said Irondale’s jail is no longer able to accommodate inmates because of the conditions of the building. Irondale will pay Trussville $32 per day, per inmate to use the jail.

“We have enough room to house 32 inmates at once,” Rush said. “On average, we have about 12 in the jail so we will be able to accommodate the city of Irondale.”

The cities of Irondale, Leeds and Argo have had similar agreements with Trussville in the past.

Other items approved as part of the consent agenda are listed below.

Draft of Reciprocal Use Agreement between the city of Trussville and Trussville City Schools:

Exh A -Reciprocal Use Agreement