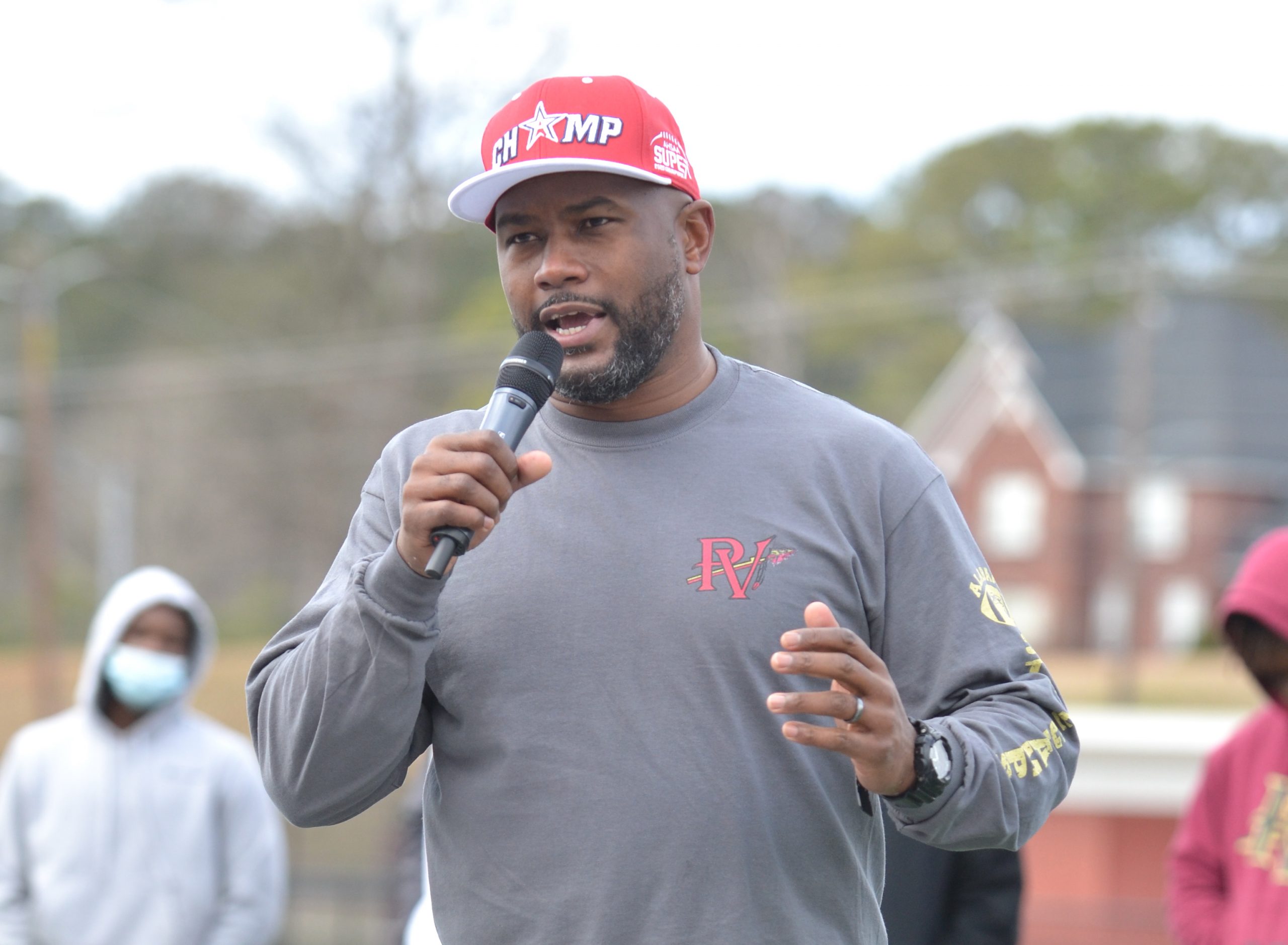 That much was certain on Saturday morning as the Indian faithful gathered once more in Willie Adams Stadium to celebrate their 2020 state football champions.

“This was great for the players, our coaches, the band was here, our cheerleaders and our fans, so it was great to experience,” said Pinson Valley head football coach Sam Shade. “We weren’t able to do it in December but it was good to have it today and it was a pretty nice day for it.”

Shade, in his first season at the helm, led the Tribe to a 12-2 season that culminated with a 23-13 state championship-game victory over Spanish Fort at Bryant-Denny Stadium in Tuscaloosa. That win represents the school’s third Class 6A football title in the last four years, making the Class of 2021, perhaps, the most decorated group in Jefferson County history. 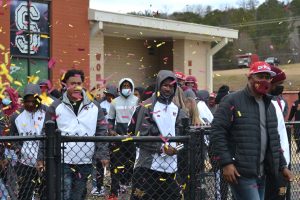 “I may be the mayor now, but that’s not that big a deal because I’ve been the announcer for the Pinson Valley Indians for years and years, and the last four years have been pretty incredible,” said Pinson Mayor Joe Cochran during the celebration ceremony on Saturday. “This group of young men that stands before you represents the winningest team in the history of Jefferson County. I’m so proud of them. I’m so proud that I got to sit in that booth on Friday nights and announce their names and scream, ‘Touchdown Indians!’”

The event started with a championship parade that started at Winn-Dixie in Pinson and traveled down Tapawingo Rd. all the way to PVHS. Fans cheered the team on as it approached Willie Adams Stadium where the Indians notched a trio of playoff wins by a combined score of 106-12 back in November.

Shade and his team were showered with confetti as they took the field for the first time as state champs. 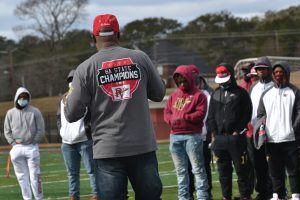 Pinson Valley head football coach Sam Shade thanks his players for the sacrifices they made throughout the 2020 season.
Photo by Erik Harris

“My hat goes off to these players because they didn’t know from day to day, from week to week what was going to happen,” said Shade. “But they stayed together and listened to the coaching staff. They sacrificed a lot this season to get to this point.”

Shade has been named the ASWA’s Class 6A Coach of the Year recipient.

McKinstry has also been honored as the Class 6A Back of the Year and the Tribune Player of the Year following a stellar senior season. He has signed with the University of Alabama where he plans to enroll early this spring.