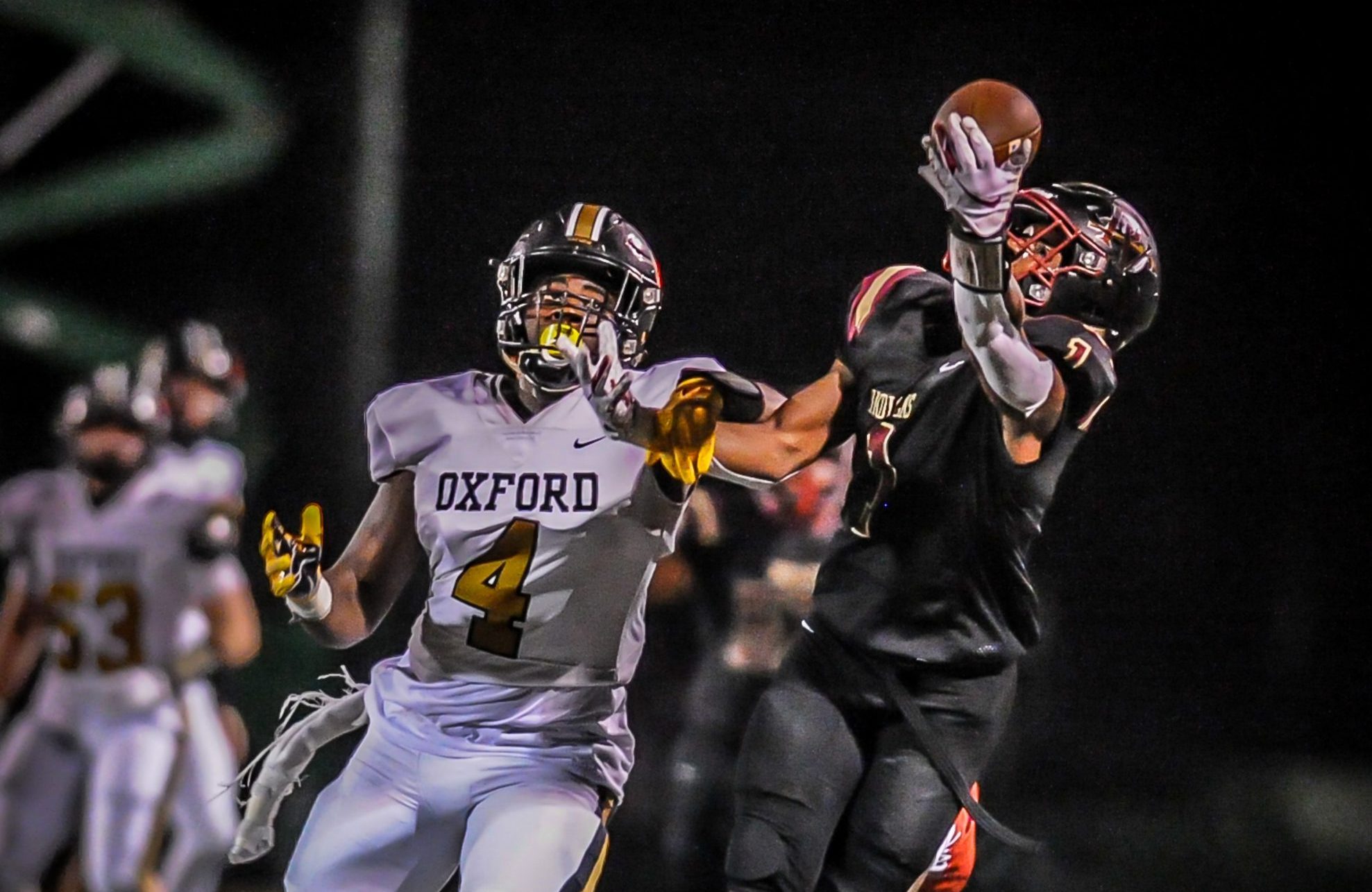 Mr. Football is essentially the Heisman Trophy of the Alabama High School Athletic Association and for the second time in three years, its awarded to a PVHS football player. Quarterback Bo Nix accepted the award in 2018 after winning his second state championship with the Indians, and McKinstry followed suit in 2020.

The annual award is voted on by the Alabama Sports Writers Association.

McKinstry, who is best known as “Kool-Aid” by football fans both near and far, is considered the country’s top cornerback prospect in the 2021 cycle. Although he wasn’t challenged often as a senior, the 6-foot standout still managed 12 pass breakups and two interceptions, both returned for touchdowns.

On the offensive end, he chipped in with 45 receptions for 706 yards and 11 touchdowns, the last of which covered 52 yards in the Class 6A state championship game. Pinson Valley would go on to beat Spanish Fort 23-13, securing the program’s third state crown in four years.

McKinstry has since won Alabama-Mississippi All-Star MVP, been named the 6A Back of the Year, earned Tribune Player of the Year honors and signed with the University of Alabama. Along with Nix, the former Fultondale transfer will go down as one of the most decorated players in Pinson Valley football history.

He was one of several players in attendance on Saturday morning for a state championship celebration at Willie Adams Stadium. His senior class is the winningest football team in Jefferson County history, according to Mayor Joe Cochran and Principal Mike Turner. In four years of play, the group went 50-6 with three region championships and three state crowns.

McKinstry has enrolled early in Tuscaloosa and expects to compete in spring practice. He also says he will play basketball for the Crimson Tide starting in 2021-22.