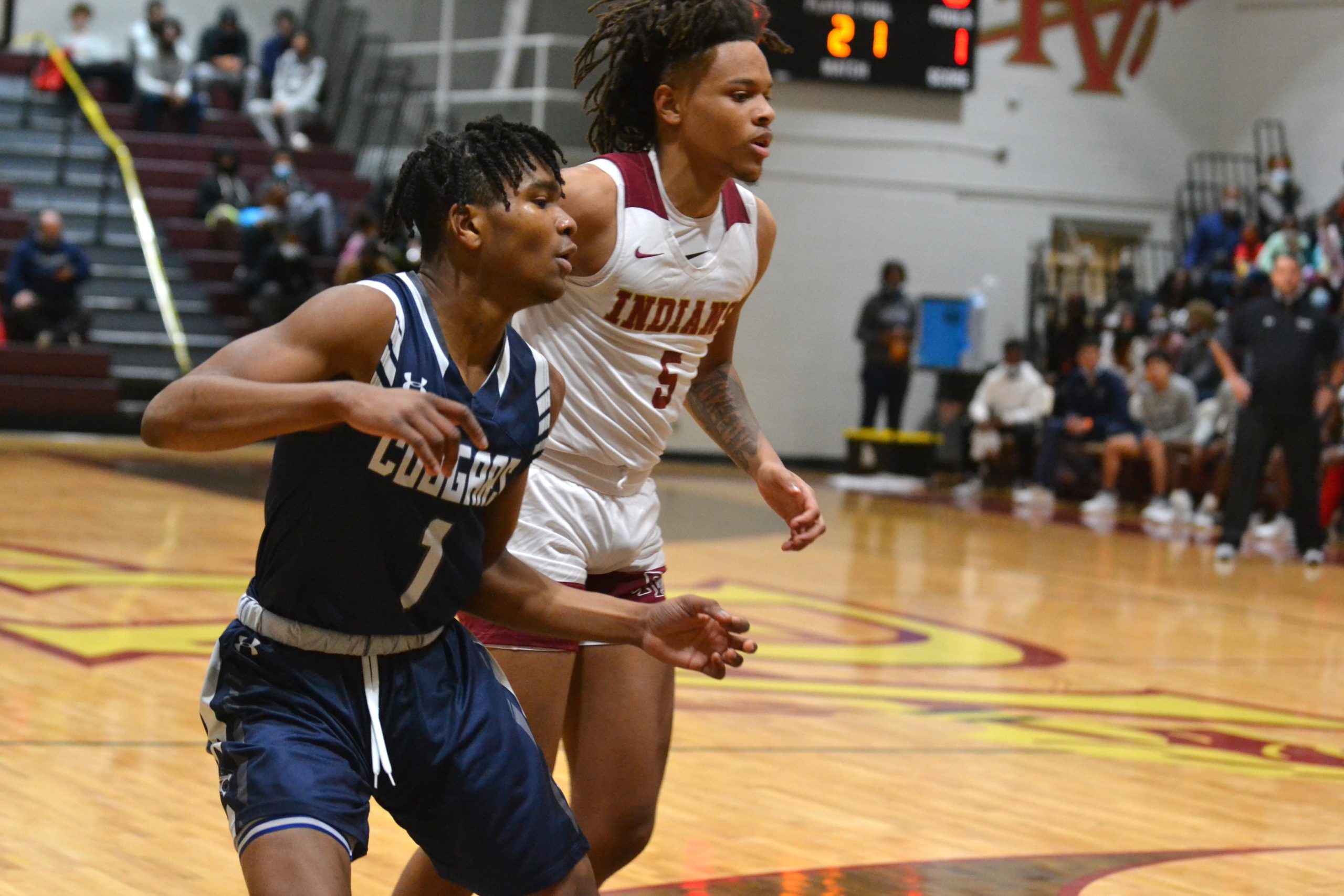 Clay-Chalkville senior Nicholas Shaffer (1) works for position during a road game at Pinson Valley on Jan. 7, 2021. Photo by Erik Harris

The Springville boys hit the road on Friday night and came back with a 55-31 area win over Pell City. The Tigers (18-3, 4-1) finished with 15 assists on 22 made field goals as they pulled things out of reach.

Springville started both halves strong with 16 points scored in the first period and 18 points in the third. The visitors led 24-10 at the break and stretched it to 42-17 after three complete.

Jake Goolsby paced the Springville offense with 11 points, followed by Chase Higgins with 10 and Pearson Baldwin with nine. The Tigers have now won 13 straight after falling to Boaz 58-55 two days before Christmas.

The Hewitt-Trussville girls pulled out a 47-32 road win over Gadsden City on Friday night. The Class 7A, Area 6 victory improves the No. 3 Huskies to 19-2 overall, including a 2-1 mark in league play.

The Hewitt-Trussville boys lost on Friday night at Gadsden City 56-54, dropping them to 0-3 in Class 7A, Area 6 play.

The Clay-Chalkville girls slid to 1-1 in Class 6A, Area 12 play on Friday night following a 55-49 home loss to No. 8 Mortimer Jordan. The Cougars were led offensively by Cheyenne Pearson and Vonquice Wilson who scored 15 and 12 points, respectively.

The Clay-Chalkville boys captured a Class 6A, Area 12 win over Mortimer Jordan on Friday night. The Cougars (11-4, 1-1) ran away with a 59-26 home win thanks to a great defensive plan and a 16-point effort from Donovan Shangase.

The Moody boys edged St. Clair County 49-47 on Friday night, and will turn around to visit the Saints on Monday night in Class 5A, Area 11 play.

The Pinson Valley boys went on the road Friday night for a 75-55 win over Class 5A No. 4 Center Point. The second-ranked Indians (13-2, 3-0) had another big night from point guard JoJo James who finished with 24 points, six steals and four assists. Terry Coner helped out with 12 points to go with 10 more from Joshua Williams.

Williams stayed hot on Saturday in a 73-41 victory over Greenville at Huffman High School. The senior put up 25 points and four assists for head coach Darrell Barber. James followed with 11 points and five rebounds to go with a 10-point, six-rebound night from Moe Calloway on Saturday.