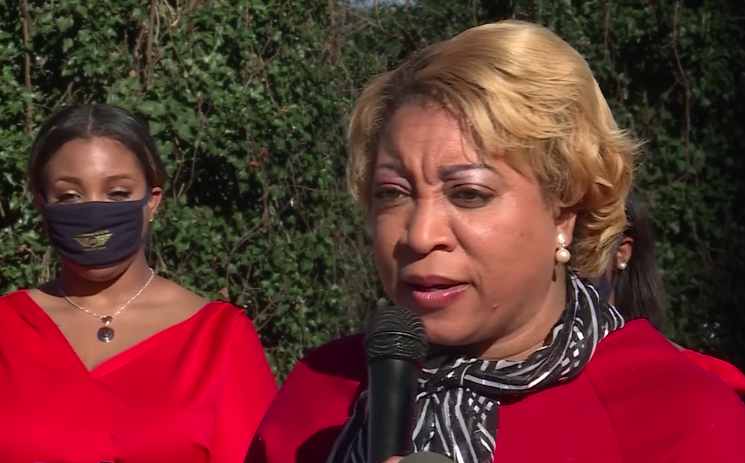 BIRMINGHAM — A Jefferson County commissioner and former Birmingham City Council member has decided to run for the top post in Birmingham.

Lashunda Scales announced her entry in the Birmingham mayoral race on Monday.

“I love the people of Birmingham,” said Scales at a press conference on Monday. “It’s not enough to say you love the city of Birmingham. This is a selfless kind of job. You have to be willing to roll up your sleeves in order to be the change that you want to see.”

“If you give me the opportunity to serve as your mayor, you will have a seat at the table, that is what I can guarantee,” she continued. “You will also have my working ability. I believe that in order to have change, you have to work toward change. Change is not something that we talk about. Change is what we strategize, organize, mobilize, in order to do.”

Scales served as a member of the Birmingham City Council from 2009 to 2018 before winning a seat on the Jefferson County Commission, where she serves as president pro tempore.

She will run against Birmingham construction executive Chris Woods and current Mayor Randall Woodfin, who was elected in 2017.

Scales also touched on the importance of business, crime reduction and education during her Monday press conference. For more of her plan, visit scalesbhm2021.com.