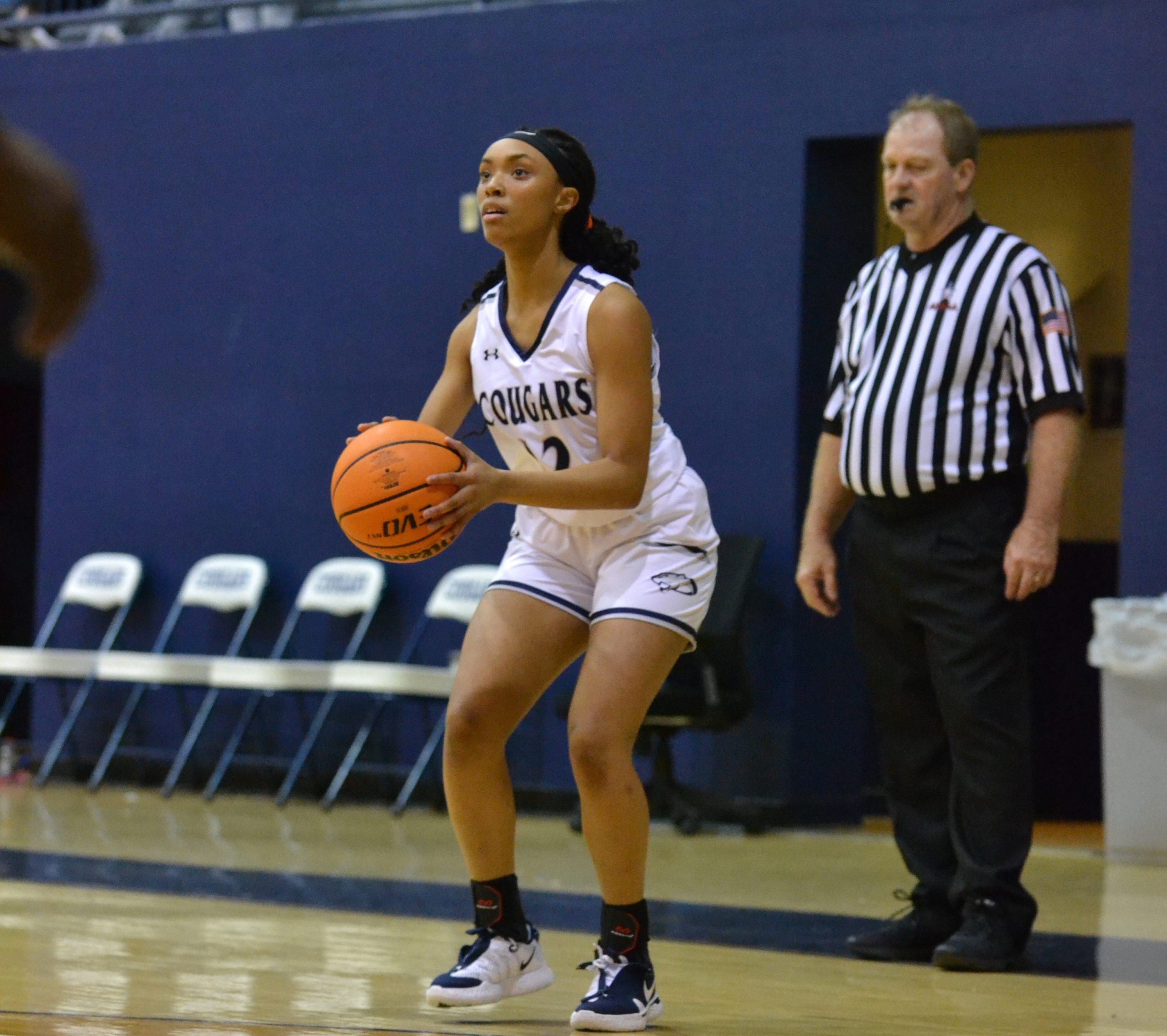 Clay-Chalkville guard Tristian Willoughby Levert lines up a shot attempt in a home win over Gardendale on Jan. 19, 2021. Photo by Erik Harris

PINSON — A big first half propelled the Clay-Chalkville girls basketball team to victory on Tuesday night in Class 6A, Area 12 play.

The Cougars shot out to a 34-point first-half lead, Vonquice Wilson put up nine points and Clay-Chalkville ran away with a 49-13 home win over Gardendale. With the win, head coach Justin Haynie’s team improves to 2-1 in league play, keeping them in striking distance of area frontrunner Mortimer Jordan.

Clay-Chalkville started fast on Tuesday night, building a 17-2 advantage after the opening quarter of play. The Cougars then saw eight second-quarter baskets fall from seven different players, as they built a 37-3 cushion at the break.

Wilson came out of the locker room with two quick makes — one from the block and the next from the elbow — to stretch the advantage to 41-3 with 5:49 remaining in the third period. The home team went to the final frame up 45-7 and coasted home for the win. 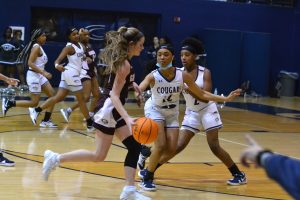 Tyra Bynun scored seven points for Clay-Chalkville in the win. She and the Cougars are back at home Thursday night against area rival Pinson Valley.