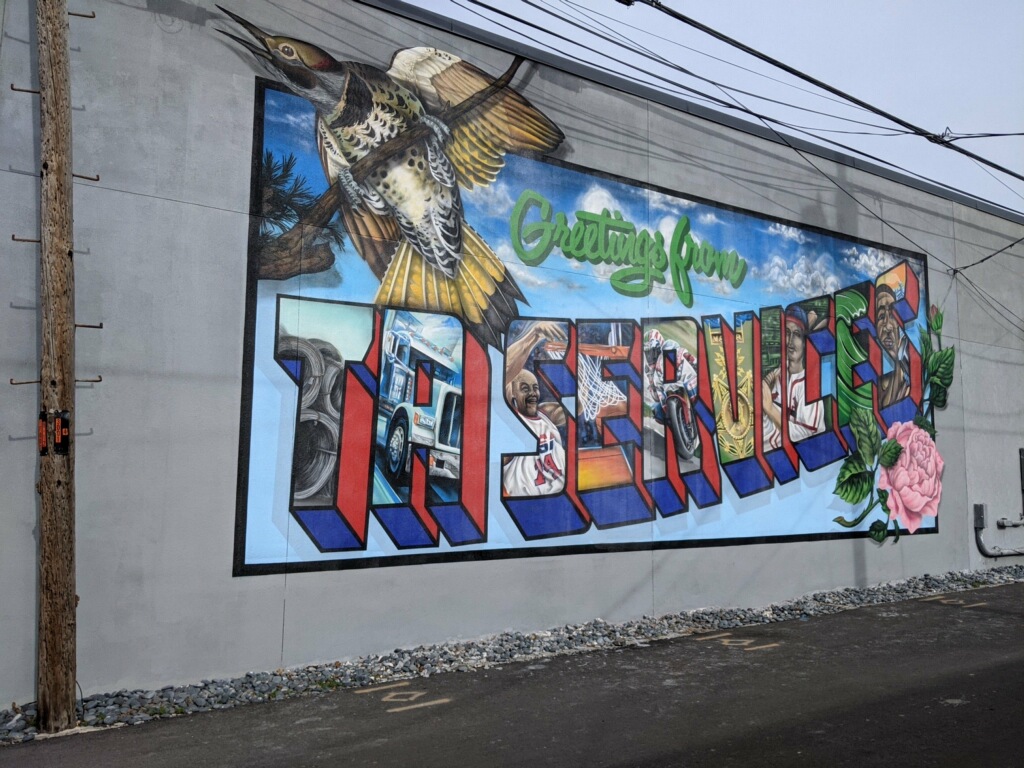 TA Services celebrates the city of Leeds with new mural

LEEDS — TA Services, a full-service logistics provider, has unveiled a new mural in celebration of the history and people of Leeds. The company commissioned the painted mural as a way of giving back to the community for its continued support since 2014.

Painted by Mammoth Murals on the side of TA Services’ Leeds office building, the artwork reads, “Greetings from TA Services” and features an accolade or notable resident inside each letter of the company.

“The city of Leeds has been incredibly supportive of our growth and instrumental in our development,” said TA Services’ president and CEO, Scott Schell. “Additionally, many of our employees who have helped to grow our company have come from this town. We wanted to create a lasting reflection of the city’s historical accomplishments and give back to those who have supported our company’s evolution. The mural is our way of showing pride for our community and to remember some of the special things that make this city so great.”

Below is what each letter symbolizes, according to the company:
•    T – The wire coils represent industry in Leeds, showcasing M&B Hangers, the only full-line hanger manufacturer remaining in the United States.
•    A – An 18-wheeler, which represents TA Services and the transportation industry.
•    S and E – These letters feature Charles Barkley, the two-time the Naismith Memorial Basketball Hall of Fame inductee was born and raised in Leeds.
•    R – A motorcycle symbolizes Barbers Motorsports Park, which has been the site of the IndyCar Series’ Grand Prix of Alabama for over 10 years.
•    V – Represents the “City of Valor,” a named coined for Leeds as the city is home to three Medal of Honor recipients.
•    I and C – Harry ‘The Hat’ Walker, long time Leeds resident and American professional baseball player who had the game-winning hit for the Cardinals in Game 7 during the 1947 World Series.
•    E – This represents the Greenwave, the official mascot of Leeds’ schools.
•    S – The final letter represents John Henry, the historical folklore figure, known for racing and beating the steam engine in the laying of the railroad that went through Oak Mountain Tunnel in Leeds.

Residents of Leeds and those in neighboring communities who would like to see the mural can visit TA Services, Inc. At 1405 8th Street in Leeds.