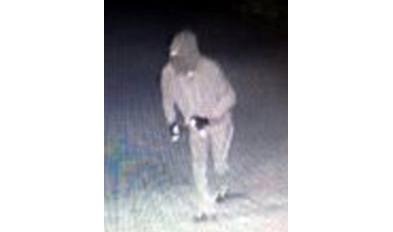 Image from the FBI

HUNTSVILLE — Special Agent in Charge (SAC) Johnnie Sharp, Jr., and Huntsville Police Chief Mark McMurray today announced rewards totaling $18,000 for information which leads to the arrest and conviction of the individual responsible for the vandalizations of the Etz Chayim Synagogue on April 9, 2020, and the Chabad of Huntsville on April 10, 2020.

The announcement was made at a press conference held at Huntsville Police Headquarters Thursday afternoon.

The FBI is providing a $15,000 reward for information that leads to the arrest and conviction of the individual responsible.

In the early morning hours of April 9, 2020, the Etz Chayim Synagogue in Huntsville was vandalized with anti-Semitic graffiti, according to police.

The Chabad of Huntsville was hit in similar fashion during the early-morning hours the following day (April 10, 2020). Police say surveillance camera footage indicated that the vandalisms were perpetrated by the same individual.

The individual walked with a pronounced, distinct limp and appeared to have a prosthetic left leg, according to authorities. The individual may have been driving an early model Toyota Prius, light in color.

Prior to the vandalizations, on April 4, 2020, the individual was seen walking on residential streets near the Chabad of Huntsville in the Blossomwood neighborhood.

Investigators are asking that anyone with information regarding the possible identity of this individual to contact the FBI’s Birmingham Division, Huntsville Resident Agency at (256) 539-1711 or the Huntsville Police Department at (256) 427-7009. Tips can also be submitted online at tips.fbi.gov.