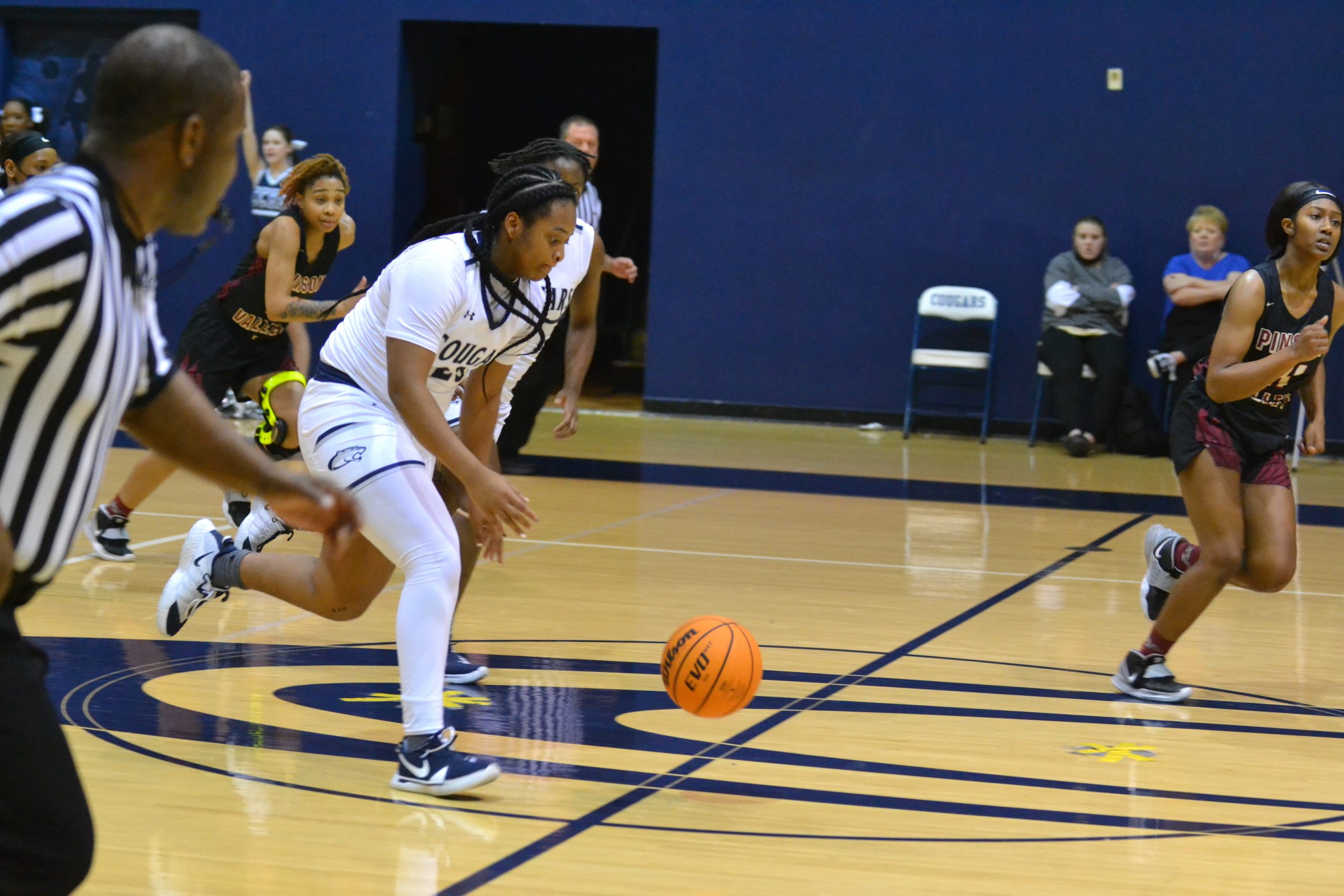 Clay-Chalkville's Vonquice Wilson pushes the ball in transition during a home win over Pinson Valley on Jan. 21, 2021. Photo by Erik Harris

The homestanding Cougars scored the first 32 points of the game and eventually bested the Indians 59-14 in Class 6A, Area 12 play. Thursday’s result follows a 49-23 road win over Pinson Valley in early-January to complete the rivalry sweep.

With the win, Clay-Chalkville improves to 3-1 in league play with a trip to Gardendale up next on Monday night.

The visitors were held scoreless until senior guard Lauryn Green got one to drop off an inbound play with about one minute remaining in the first half. Her bucket ended a 32-0 Cougar run.

Green would later connect on a mid-range shot to end the first half with Clay-Chalkville leading 32-5.

Cheyenne Pearson was effective inside for the Cougars, eating up offensive rebounds on her way to a game-high 13 points. Tamyia Muse came through with 12 points for Clay-Chalkville and Amani-Moraiyah Dawkins added nine points of her own.

Vonquice Wilson knocked down a pair of first-half 3-pointers, the first of which gave the home team an 18-0 advantage with 1:04 remaining in the first quarter. Her second make stretched the cushion to 27-0 midway through the second.