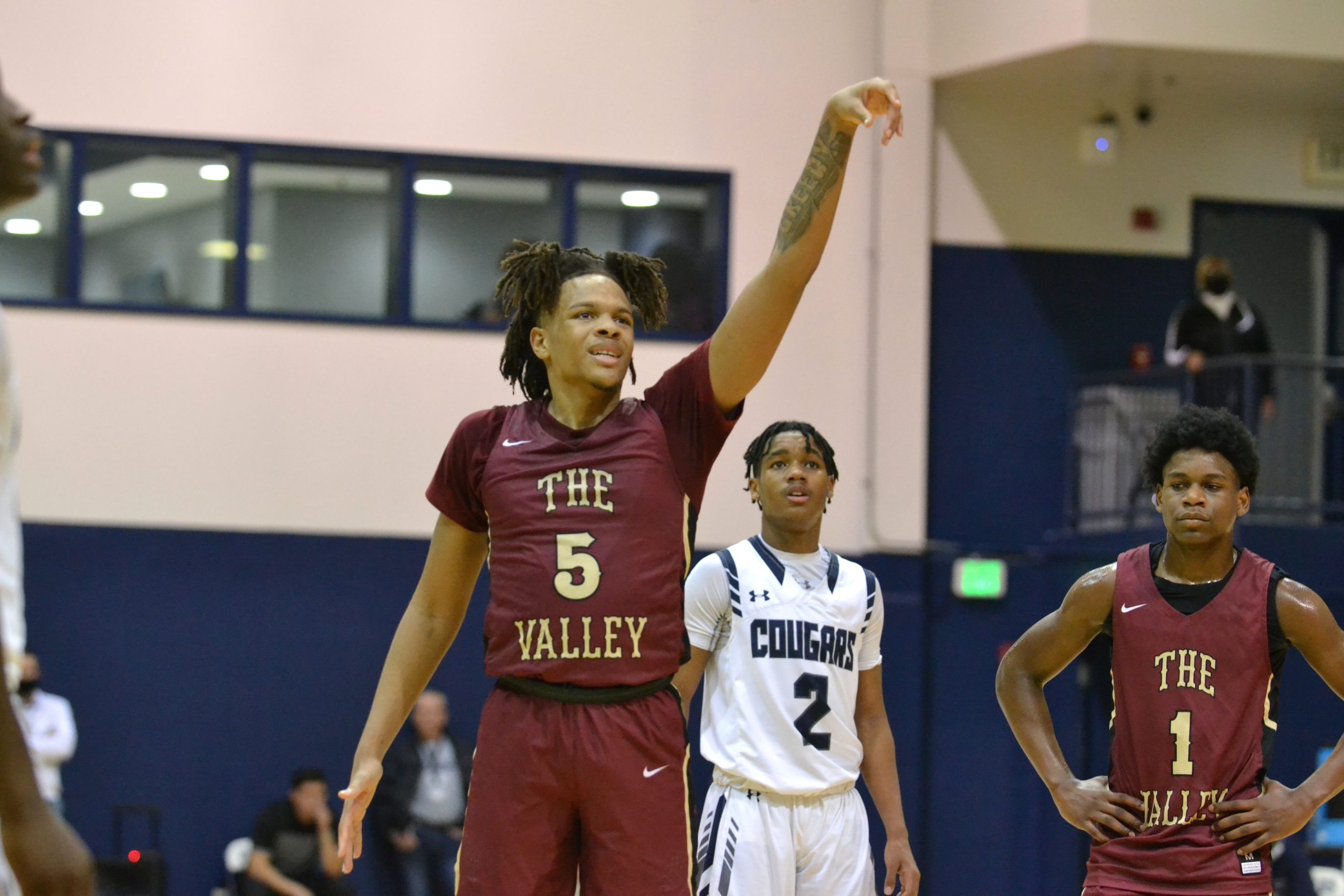 Pinson Valley senior Joshua Williams (5) reacts to a missed free throw during a road game at Clay-Chalkville on Jan. 21, 2021. Photo by Erik Harris

No. 10 Clay-Chalkville tops No. 2 Pinson Valley

PINSON — After squeezing into the ASWA top-10 poll for the first time this week, the Clay-Chalkville boys basketball team celebrated with its biggest win of the season.

After a back-and-forth opening period, Clay-Chalkville separated a little going into the break thanks to a 16-point second quarter. Senior point guard Donovan Shangase started the surge with two quick baskets in the second, including an and-1 that put his Cougars out front 19-13. They trailed 13-12 when the quarter began.

Shangase would go on to bag a game-high 23 points in the win.

Fellow Clay-Chalkville guard Isaiah Daniel later shot into the paint for a high-arching floater that sent his guys to the half with a 29-21 advantage.

That 8-point cushion was quickly cut in half after Pinson Valley guards JoJo James and Terry Coner took turns scoring in transition early in the third. However, the Cougars would regain their footing enough to salvage a 39-34 lead going into the final eight minutes.

James paced the Tribe with 14 points, all of which were scored in the second half. Joshua Williams added 10 points for the visitors.

It was the home team, however, that made the timely shots down the stretch. Shangase started the final period with a step-back triple from the right wing, followed by a Daniel trey from the corner. Clay-Chalkville had its largest lead at 47-37 with 5:45 remaining.

Pinson Valley would whittle the deficit down to six points twice in the final minutes, but the Cougars kept finding answers. Daniel and Jayden Sweeney worked inside for back-to-back buckets during the final 70 seconds to pull Clay-Chalkville out of reach.

Daniel provided 13 points for the Cougars and Sweeney added 10 to go with Shangase’s 23.