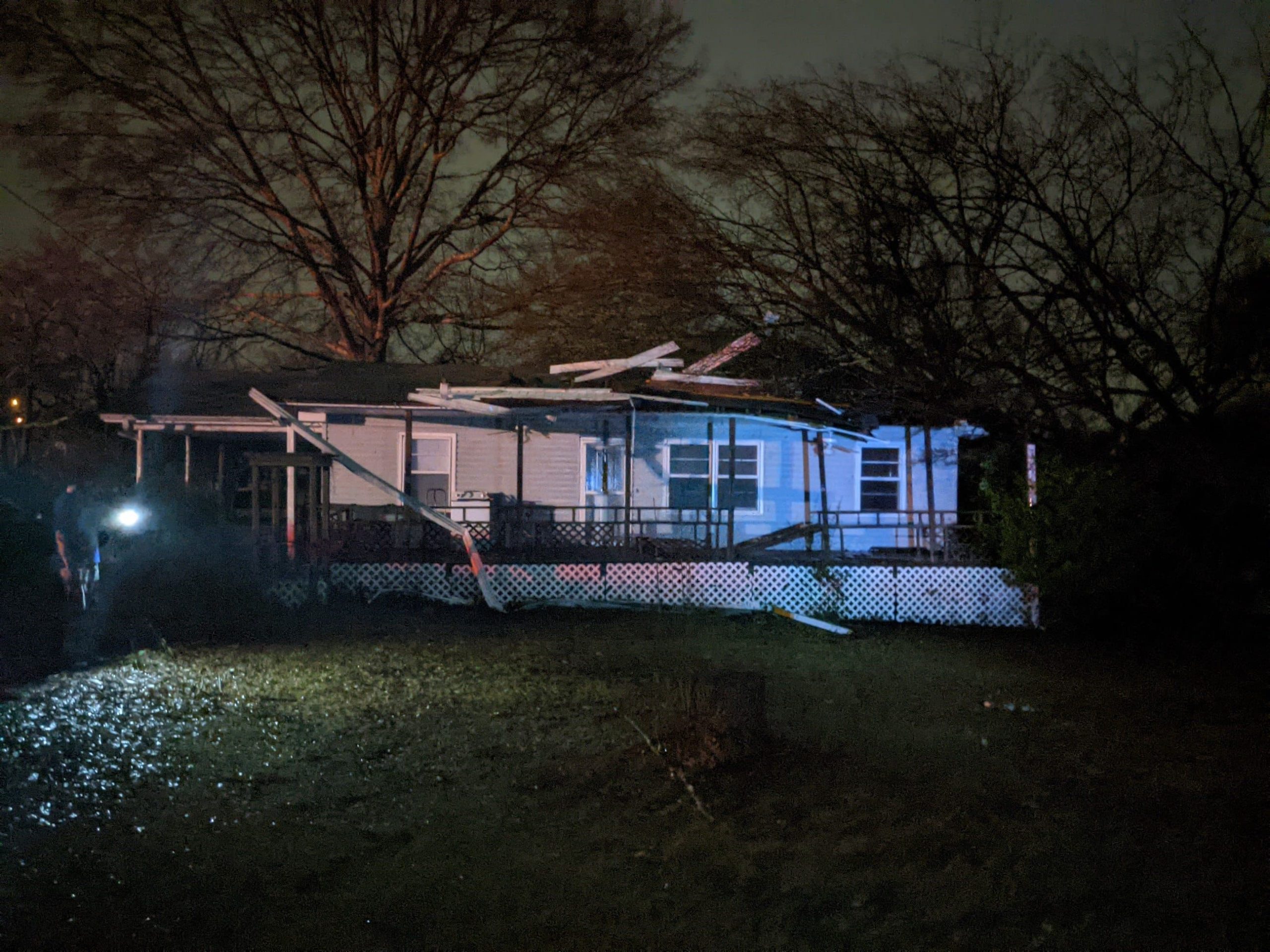 1 dead, around 30 injured after apparent tornado in Jefferson County

CENTER POINT — The National Weather Service in Birmingham confirmed one person was killed in an apparent tornado late Monday, Jan. 25, 2021. Around 30 people were injured. Major structural damage was reported in Fultondale and Center Point and other damage was seen in Clay.

In Fultondale, a 14-year-old boy was killed in the area of New Castle Road. The child was a student at Fultondale High School. Authorities said the child was with his father in the basement of their home when a tree fell on the house. The father was also hurt. The Hampton Inn and Hurst Towing and Recovery also had major damage.

Commissioner Joe Knight said he was able to see some of the damage in the hardest-hit areas the morning after.

“It’s devastating but we’ve been here and we know what we have to do,” said Knight. “These people need help out here.”

Knight said some people will need shelter after their homes were destroyed.

“It’s very tough going and sitting on their front porch and the look on their face because some of them are still in shock,” Knight said. “We understand that.”

“The people of Fultondale took a hard hit last night — I’m grieved over the loss of life, injuries, homes & damaged businesses,” Ivey said. “I offer my prayers & deepest sympathies & pledge the full support & resources our state has to offer. I am with you, Fultondale!”

In Clay, Old Springville Road, near Paradise Valley, was blocked by a downed tree and powerlines. Crews are working to remove the tree. On Brewer Lane, at least two homes were damaged.

There was also damage in the Holly Springs subdivision. Power outages were reported and Alabama Power was notified. At least two homes on Brewer Lane had significant damage from fallen trees and high winds.

Power lines were also down over Center Point Parkway near the Jefferson County satellite Courthouse. Also in Center Point, Mayor Bobby Scott said quite a bit of damage was seen in the 500 block of Sunhill Road. The steeple off Hilldale Baptist Church was in the roadway after the storm.

Since Tuesday was trash day, Scott said many people had already put out trash cans when the apparent tornado hit. He said trash cans and trash were strewn around Sunhill Road.