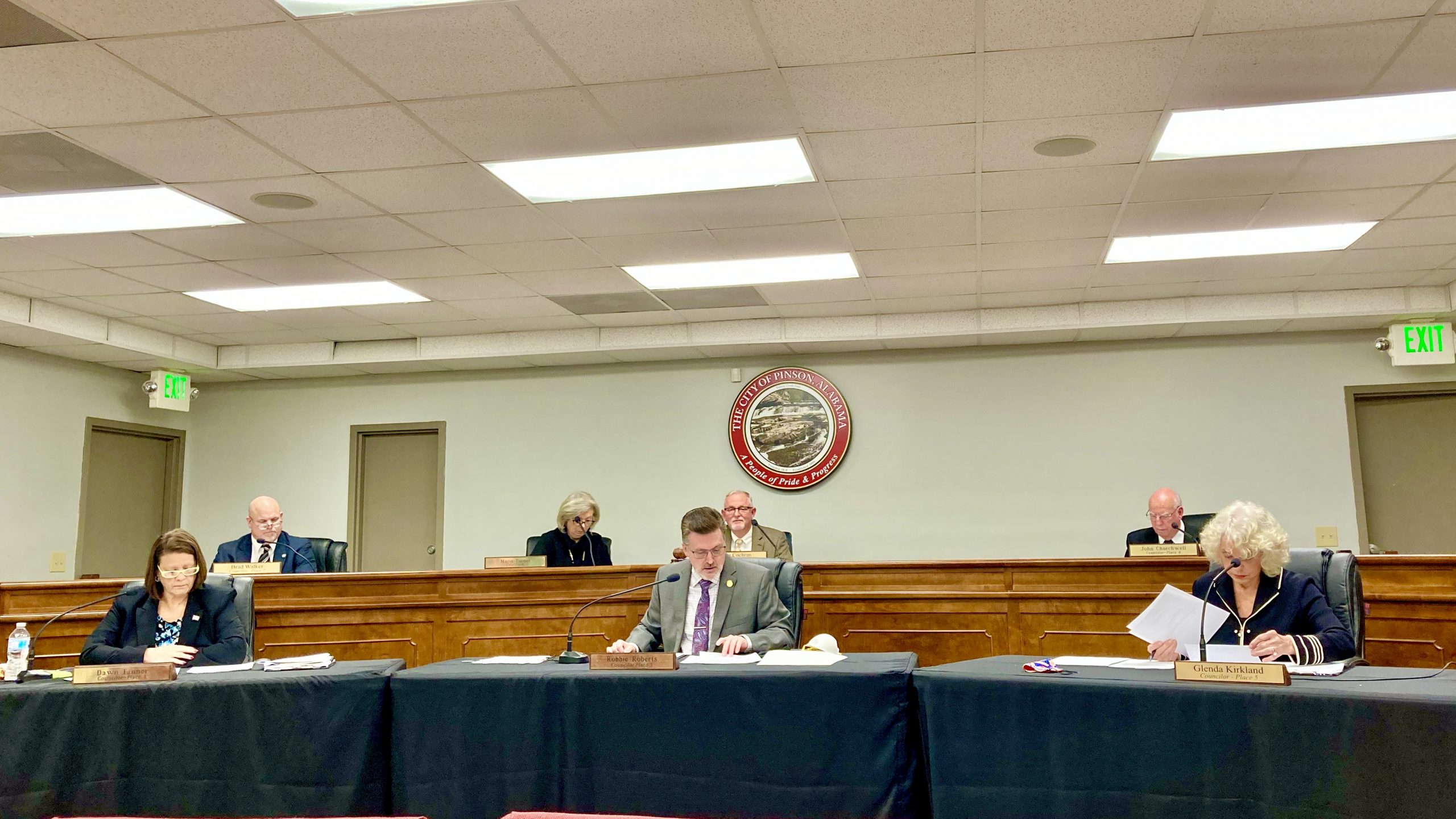 PINSON —The Pinson City Council passed a resolution Thursday, Feb. 4, 2021, proclaiming that the city of Pinson is a human trafficking free zone. Resolution 21-7 passed with one abstention from Councilor Robbie Roberts.

“It’s basically trying to send a signal to the world that human trafficking, yeah, we’re done with that,” Mayor Joe Cochran said. “It’s just an egregious affront to humanity at the end of the day.”

The resolution was originally presented during the Jan. 21, 2021, council meeting, where Roberts made a motion to remove “zero-tolerance” wording from the document. After some discussion, Roberts withdrew his motion and the resolution was tabled for two weeks.

“I still didn’t like that language, but I recognize that one of my cohorts really liked the term ‘zero-tolerance’ aspect, so I have come up with a way to keep that in, and perhaps … where it says, ‘against any act which,’ by changing it to ‘against acts which may support human trafficking,’ rather than saying ‘any’ act,” Roberts said.

Roberts added that he, personally, feels that the wording in the document is “too tight.”

“I am not pro-human trafficking; I don’t want anybody to construe that at all,” he said. “But I don’t like this language.”

The language in question states that “the City Council and Mayor of the City of Pinson do hereby proclaim that we will continue our efforts to combat the commercial sexual exploitation of our children and vulnerable adults … by combating commercial sexual exploitation through comprehensive education of our staff and implementation and enforcement of a zero-tolerance policy against any act which may support human trafficking.”

The council passed Resolution 21-7 without changing the wording, and Roberts abstained from the vote.

During the mayor’s report, Cochran addressed the tornado damage at Rusk Mobile Home Park and community efforts to help with tornado relief.

“Many people in the community know that Rusk Mobile Home Park isn’t necessarily within the corporate boundaries of Pinson,” Cochran said. “I say that’s irrelevant because they’re part of our extended community. All the children in that mobile home park attend our schools; they are part of our larger family of Pinson. I’ve spent a fair amount of time there in the past weeks since the tornadoes hit. They didn’t take a direct-impact hit, but what they did have was a great number of trees brought down that landed on mobile homes and automobiles and did a tremendous amount of damage.

“There’s been a great deal of volunteers over there rebuilding mobile homes already; food and lots of things going on. Part of that effort has been headed by a lot of our local churches, as well as churches from around our surrounding area. Currently, Matthew Marsh and the guys up at Palmerdale Cross are kind of a focal point with EMA on trying to collect things that are needed for the mobile home park. Financial donations can be made here at city hall; we can be used as a pass-through for that. So, if you want to make a check to help those people, you could write a check to the city of Pinson and in the notes section put ‘tornado relief.’ We will ensure that those monies are used for the right purposes.”

Additionally, the council approved a motion authorizing the mayor to enter into a contract with grant writer Darryl Dailey, who will be on retainer with the city of Pinson for the amount of $350 per month, plus $1,000 per grant written. Councilor Dawn Tanner abstained from the vote.

“Any grant that he would write would be pre-approved by the council,” Cochran said.