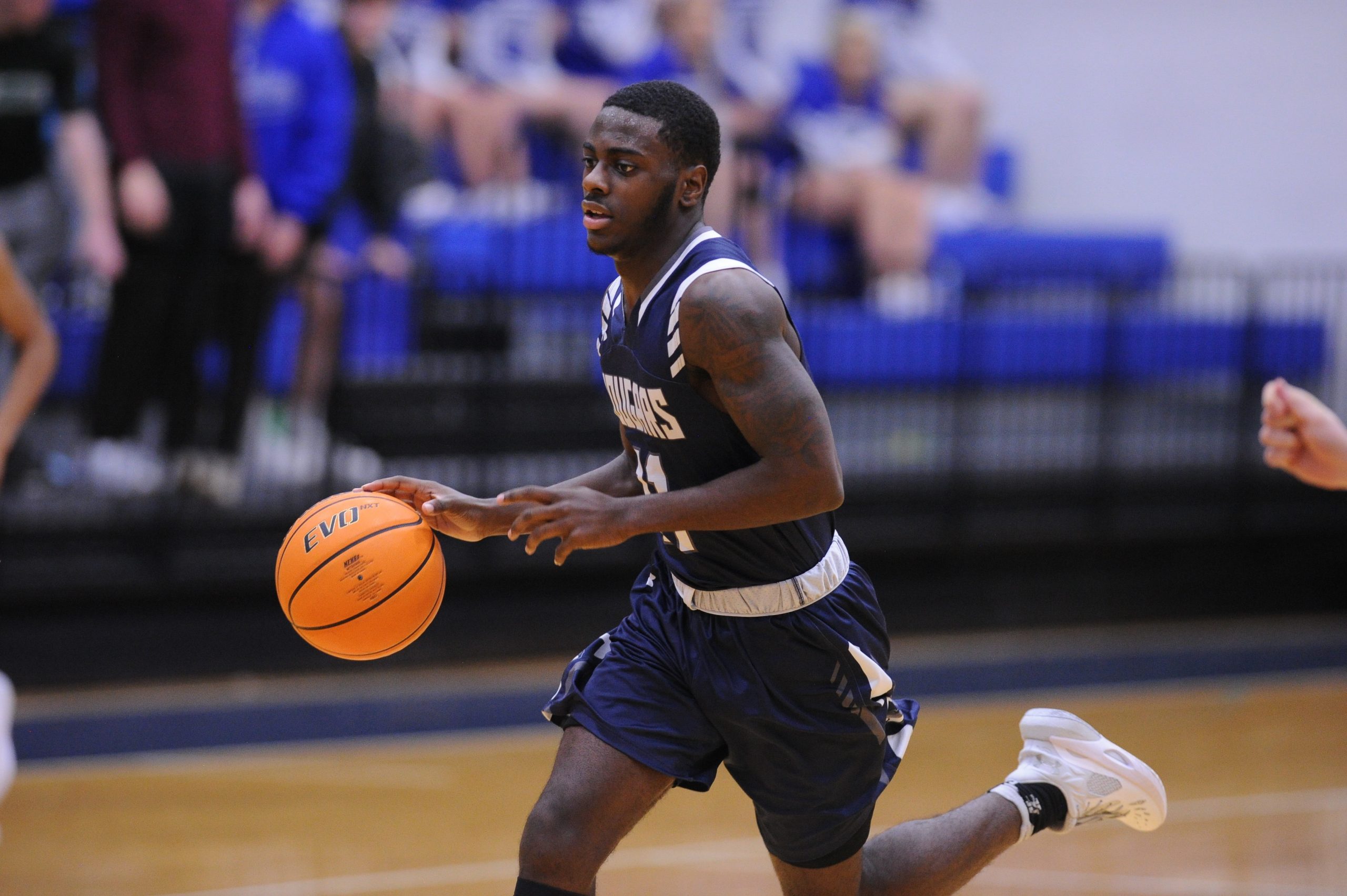 Clay-Chalkville guard Jayden Sweeney pushes the ball in transition during a road win over Mortimer Jordan on Jan. 29, 2021. Photo by Vickie Unlap (fodaction.com)

Several local basketball teams have punched playoff tickets this week as area tournaments have begun across the state.

Per AHSAA rules, area champions and runner-ups advance into sub-regional play next week, creating a must-win scenario in the area semifinals.

The Clay-Chalkville girls passed their test on Monday, advancing into the Class 6A, Area 12 tournament finals with a 56-29 win over 3-seed Pinson Valley. That win puts the Cougars (13-6) on the road Thursday night at No. 6 Mortimer Jordan after the Blue Devils knocked off 4-seed Gardendale 75-23.

The Springville girls saw their season end on Monday in the first round of the Class 6A, Area 13 tournament. The 2-seed Tigers fell 52-42 to visiting Pell City, who moves on to face 1-seed Oxford in the tournament finals.

The third-ranked Hewitt-Trussville girls survived a close call with No. 5 Spain Park in the Class 7A, Area 6 tournament opener on Tuesday. Senior Amiya Payne provided the game-winning shot with seven seconds remaining to help secure the crucial 44-42 home win.

The Leeds girls closed out their season with a 67-30 loss to No. 4 Carver-Birmingham in the opening round of the Class 5A, Area 10 tournament. Carver, the tournament’s top seed, will host No. 8 Ramsay in the area championship game Friday.

The Center Point girls earned a shot at the Class 5A, Area 12 tournament championship thanks to a 36-24 semifinal win over Corner on Tuesday. The Eagles will travel to 1-seed Hayden on Friday night with an area title up for grabs.

In boys action, Moody cleared Lincoln 76-60 thanks to a 30-point outing from senior Peyton Ingram and 20 points from sophomore Carson Dillashaw. The win pairs Moody with 1-seed Alexandria in the Class 5A, Area 11 championship game on Friday.

The seventh-ranked Pinson Valley boys tore past Mortimer Jordan 87-42 on Tuesday night in the Class 6A, Area 12 tournament semifinals. The Indians (19-3) will now host No. 6 Clay-Chalkville on Friday in the area championship game.

The Cougars (18-4) advanced into the finals with a 76-38 win over 3-seed Gardendale on Tuesday. Isiah Daniel paced the Clay-Chalkville offense with 14 points followed by Donovan Shangase and Jonathan Harris with 13 points apiece in the semifinals.

More boys teams take the floor for area semifinal play Wednesday night, including Hewitt-Trussville at No. 1 Vestavia Hills, Leeds at No. 1 Ramsay and No. 7 Center Point versus Cordova.