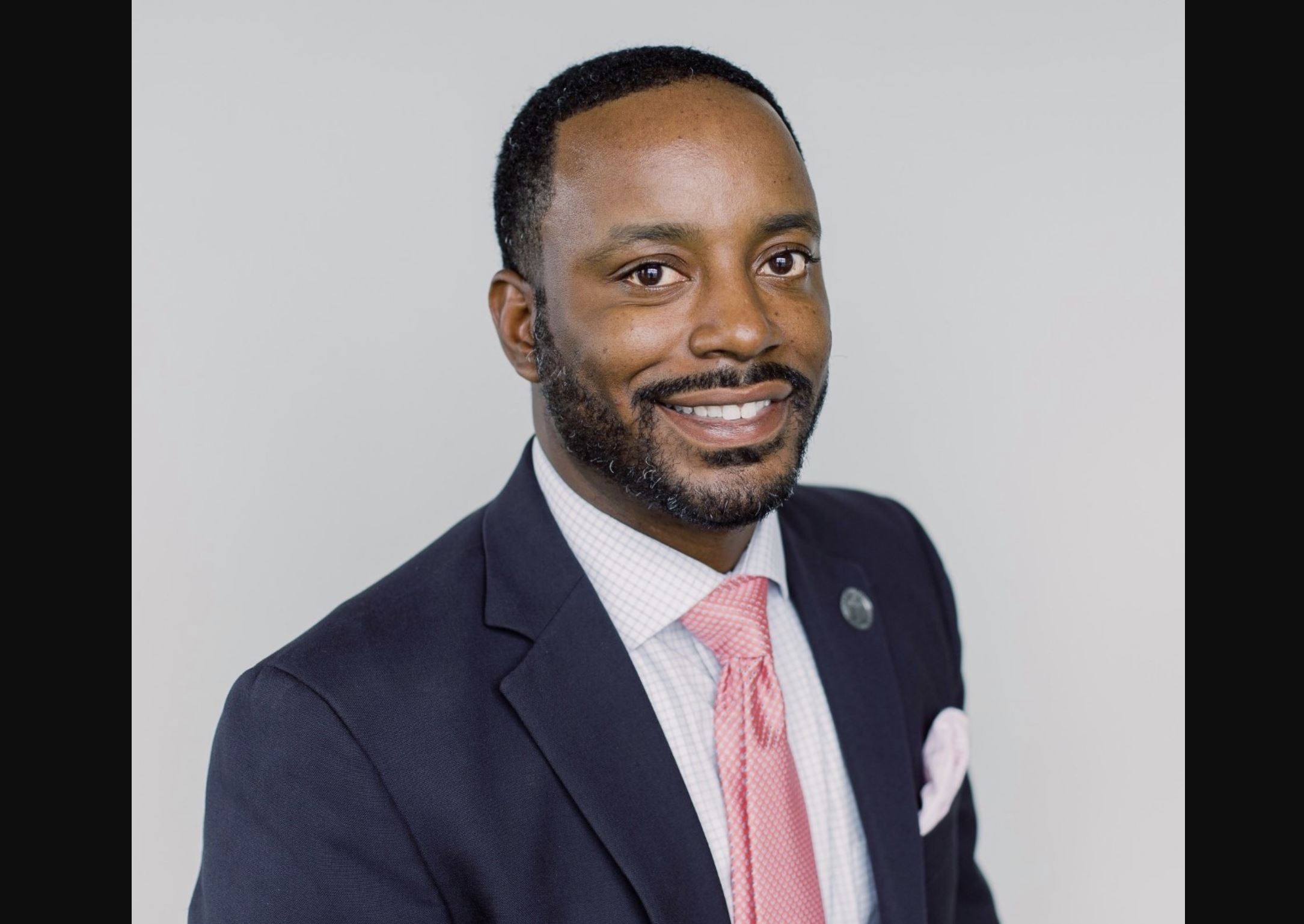 In July 2020, the Pew Research Center surveyed Americans’ attitudes toward law enforcement, race, and political persuasion, but the findings were significantly skewed. The poll was conducted in June, shortly after the killing of George Floyd sparked nationwide protests over police brutality. The survey’s findings suggest that the opinions of the police are less favorable today than in 2016, when Pew conducted a similar poll showing that 68% of white Americans, 40% of Blacks and 59% of Hispanics had a favorable view.

Only two-thirds who were surveyed rejected the notion of “qualified immunity,” where officers should be shielded from lawsuits unless they commit clear violations of the law. The majority, including 86% of Black respondents, 60% of whites, and 75% of Hispanics, agreed that “civilians need to have the power to sue law enforcement in order to hold them accountable for excessive use of force and misconduct.”

The study also illustrates the perceptions of police tactics, courteousness, racial impartiality, and competency. Results show that the opinions vary by race, listing Black (31%) and Hispanic (42%) Americans as far less likely than white Americans (64%) to be highly confident in their local police departments to treat all racial groups equally.

So, why are there preconceived biases in ideology and behavior among minorities?

Birmingham attorney and motivational speaker, Ronnie O. Rice, started the conversation with The Trussville Tribune on the topic of how minorities should engage with law enforcement.

“A lot times we hear what is going on with minorities, especially with Black males, when they are being pulled over or are engaged by law enforcement,” said Rice. “What are the things they are doing right or wrong? How did the opposing respond to the Capitol Hill situation versus the protests with color of skin? My goal is to provide relatable topics of conversations to the issues at hand while providing relatable solutions on how to respond to police.”

“I have been studying this topic for over 30 years,” said Brown. “What is interesting is the background of a study I conducted which initially started with the topic of law enforcement perception of African American males, a psychophysiological perspective. We say psychophysiological perspective because anyone can do a pencil/paper test and the responses are often going to be as biased as our brain, but the moment you start including things like a lie detector test, blood pressure, skin response, and respiration, the body begins to listen to everything the mind says.”

For the initial study, Brown shares, law enforcement officers were advised to be hooked up to the apparatus’ to show how their bodies responded during interactions with Black males versus white males. Unfortunately, no police precincts would allow Brown to perform this type of study. Instead, Brown conducted an inverse study that can be found in his 1997 psychology theses and dissertation titled ‘African American Males’ Perception of Law Enforcement: A Psychophysiological Perspective’.

Brown examines a law enforcement stop in his study, described as a stereotype threat.

“When law enforcement gets behind anyone’s car whether the person is black or white, everyone initially has a physiological spike,” said Brown. “Which is a natural or normalized reaction. What occurred in African American males was that the spike continued to rise. It wasn’t just law enforcement being behind them, it became, ‘Am I going to survive this encounter?’”

Brown explains that the study was groundbreaking because it was almost halted due to physiological harm it was causing the participants.

“The participants in the study were spiking off the charts,” explained Brown. “When this occurred I had to do some kind of intervention because of possible harm being caused to the participants. Furthermore, we had to perform relaxation imagery on the tail end of the study.”

The study, Brown explains, is the show of what we have known for years. “How bias is translated into how we respond to our engagement,” he explained. “I have worked in conjunction with a retired police detective, James Thomas, together on this study for about thirty years. We have a real distinct way of helping people, particularly people of color, understand how to engage with law enforcement.”

There are three Cs that Brown and Thomas advocate: Control, Comply, and Complain.

“First, is control,” said Brown. “Control your mouth, behavior, sudden movement, and actions. Try to self-regulate and be as controlled as you can. Secondly, comply. The reason we say comply is because often times, law enforcement is giving commands. We say comply because street trials aren’t won on the street. Lastly, is complaint. We say complaint because if this officer does something that goes against professional standards, when you complain, you can help this officer have a file or record that provides a history of such that furthermore would not allow him to be in public safety.”

To solidify this from a legal perspective, Attorney Rice adds that a street trial is not something that needs to be sought.

“I think a lot of times, the person being stopped wants to engage the law enforcement officer in a way that is not conducive,” said Rice. “If someone feels that they have been done wrong, the person can go to court and, of course, hire an attorney like me to represent them. What I have learned as an attorney is that you have to learn how to control the situation and your actions.”

Rice further explains law enforcement immunity, which is a judicially created doctrine that shields government officials from being held personally liable for constitutional violations—like the right to be free from excessive police force and for money damages under federal law, so long as the officials did not violate “clearly established” law.

Brown agrees and adds that as systemic as it is, the problems need to be also addressed at the individual level.

“People get angry when we say bad apples, but the truth of the matter is that there are some professions that should not have bad apples, including education and law enforcement,” said Brown. “I travel for a living, I don’t want a bad apple pilot.”

Brown asserts that when we talk about the existence of systemic issues, we are saying that the systems didn’t create themselves. “Individuals created systems,” Brown states. “So guess what, we have systems in place when times were different. When individuals developed systems with the ideology of the 1940s, and the systems are still in place in 2021, we have an issue.”

“As much as individuals can have biases,” Brown added, “and they are good and bad, in fact, if you have a brain, we have them. Those systems maintain those biases. Sometimes those systems need to be dismantled not defund the system.”

Relating to defunding the police, Brown says it would have been easier to say no bad apples…and no bad quality inspectors. “We don’t close public education because of a few bad teachers,” said Brown. “I don’t believe that law enforcement is bad. Some practices and people in law enforcement, however, are bad like in any other professions. But I believe that there are certain professions that should not have bad apples.”

Brown asserts that there is individual work which needs to be done.

Brown’s greatest goal is to spread love, light, and insight wherever he goes.

“Of all the things that I do, I believe that love is the greatest of them all,” said Brown. “Of all the things we can express in life, I believe that love is the greatest. I say light because there are a lot of dark spaces and places in the world. I think that if we can pull from our best and look for the best in others then we can all be light. And lastly, I believe insight is one the greatest vision that any individual can have. We are all looking for an enemy, but what if we all started looking for the inner me instead of the enemy.”

Ronnie O. Rice is a licensed attorney in the state of Alabama and holds a Ph.D. in Organizational Leadership. As CEO of The Rice Law Firm, Rice is also a speaker, mentor, entrepreneur, and consultant to some of the most prestigious firms and brands. He is the President of the 100 Black Men of Metro Birmingham Chapter and sits on the board of the A.G. Gaston Boys and Girls Club. Rice is also the creator of the Recognize Opportunities Achieve Success Movement, known as The Greatest Connector.

Dr. Adolph ‘Doc’ Brown, with a Ph.D. in Clinical Psychology, also holds undergraduate degrees in anthropology and psychology with a minor in education, and master’s degree work in special education and experimental psychology. Whilst having a strong economic presence in his community with several established businesses, Dr. Adolph Brown continues to be a business, community and educational leader whilst being a generous philanthropist and a continuous learner.