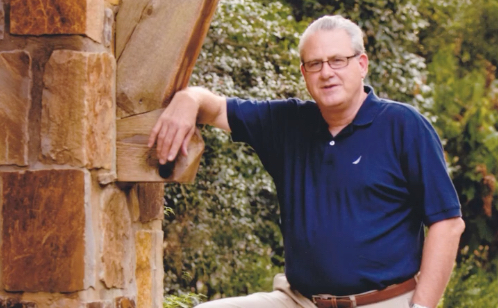 TRUSSVILLE — In his own words, “People see things and they realize they work. They may not know why they work but realize that they do.” John Floyd worked. He worked for others and worked hard at everything he did.

Floyd, a longtime Editor-in-Chief for Southern Living Magazine, passed away on Feb. 7, 2021. Those who knew him and those who worked with him are now honoring his memory and his legacy. He was much more than a magazine editor. He also played an integral part in making Trussville City Schools what is it today.

Former TCS Superintendent Suzanne Freeman remembers Floyd being a charter school board member. Floyd was one of the members that interviewed her for the job in 2004.

“He was very visionary,” Freeman remembered. “He really was such a good thinker about the possibilities of what could be for the school system. He was ambitious for all of our children and had a big vision for what we could accomplish for children.”

Not only did he serve as School Board President, but Floyd was also, quite literally, part of the foundation of Hewitt-Trussville High School.

“For the construction of the high school, he was instrumental,” said Freeman. “He had such a good understanding of architecture, decor and construction. He was just very good at helping us design the high school. That, to me, is part of his legacy.”

The Trussville Tribune Publisher Scott Buttram remembers those days and that legacy.

“I would be hard-pressed to come up with many people who made a greater lasting impact on our community than John,” said Buttram. “His influence on the design of Hewitt-Trussville High School, inside and outside, will endure and be enjoyed for generations.”

Floyd’s knowledge came after years of studies and experience. He had two degrees from Auburn University and a doctorate in horticulture from Clemson. Floyd was hired as Senior Horticulturist by Southern Living in 1977 and held various leadership positions before assuming the title of Editor-in-Chief in 1990.  He became Vice President of the magazine two years later and retired in 2008. All the while, Freeman said he inspired her to take time for herself.

“He was such a caring and compassionate person,” Freeman said. “I considered him a dear friend. I remember when I would go on vacation, he would tell me to stop checking emails and take a real vacation. He always advised me on having more balance in my life.”

When it came to making changes and moving the city forward, Buttram remembered Floyd always striving for what may have seemed impossible.

“John never thought Trussville should compromise and settle for anything less than the best,” Buttram said. “He inspired everyone around him. It was an honor to call him a friend.”

Those who knew him knew to take moments to appreciate Floyd’s mind and expertise. His creative genius was something he was willing to share. Freeman said she remembered him being a good sounding board, with ideas and knowledge of how to make things better.

“He knew a lot about a lot of different things but at the same time he was very personable,” Freeman explained. “He was just a kind human being and a good person.”

Not only did Floyd have a lot of expectations for the school system, but also for the kids and for himself, Freeman said.

“He had a really big heart for children and he really cared about them,” she said.

In 2016, Kris Robinette wrote a feature article on Floyd. He said then that one of his greatest personal and professional accomplishments was giving the Southern Living audience the inspiration and confidence to make quality improvements to how they live.

“People see things and they realize they work,” Floyd told Robinette. “They may not know why they work but realize that they do. That is what impacts the community even if they are not readers. That is the success of the magazine.”

Southern Living Magazine published a story in honor of Floyd explaining how he was in the workplace. “John was personally engaged with every member of his staff, from interns to executive editors,” the article by Valerie Fraser Luesse stated. Southern Living said those who would like to honor Floyd can make a donation to the John Floyd Memorial Fund at the Birmingham Botanical Gardens or to Huffman United Methodist Church.