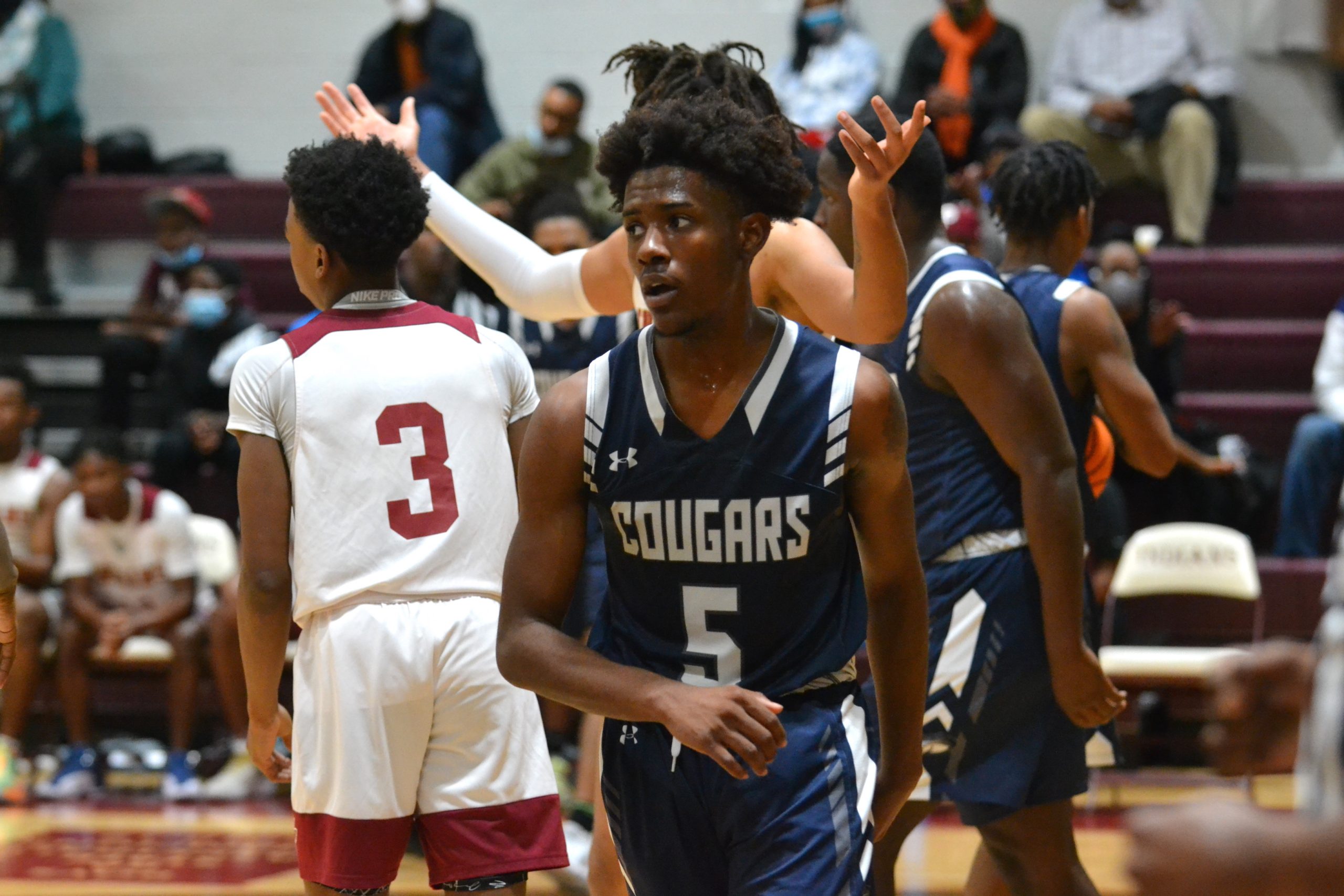 Clay-Chalkville senior Isaiah Daniel (5) takes the floor during the Class 6A, Area 12 championship game on Feb. 12, 2021. Photo by Erik Harris

PINSON — After splitting a two-game regular season series, the Pinson Valley and Clay-Chalkville boys settled the tie on Friday night in the Class 6A, Area 12 tournament finals.

In a battle of top 10 teams, the sixth-ranked Cougars (19-4) traveled into Mike Dutton Gymnasium and escaped with a hard-fought victory to secure the area championship and lock up home-court advantage next Tuesday in their playoff opener.

Senior Isaiah Daniel ripped the game-winning trey, his defense held twice on the other end and Clay-Chalkville claimed the league title by a final of 53-50.

Daniel, who was named to the all-tournament team following the contest, pulled up from the right wing to break a 50-50 deadlock with 17 seconds remaining.

“I found the open spot, our point guard (Donovan Shangase) found me and I hit the shot,” said Daniel after the game.

Once the shot fell, Pinson Valley head coach Darrell Barber immediately called a timeout to set up a potential game-tying play. Indians Point guard JoJo James took the inbound and shot up the floor for an inside look that clanked off the iron, leading to scramble for the loose ball. Pinson Valley (19-4) came away with possession and ran one last inbound play with five seconds remaining.

Daniel led all scorers with 25 points in the win, and had 12 points of help from senior forward Jonathan Harris. Area 12 MVP Donovan Shangase added nine more for the Cougars.

The No. 7-ranked Indians led 17-12 at the end of the first quarter, but Clay-Chalkville answered with a massive surge that began late in the second frame and extended into the second half. The Cougars took their first lead at 21-20 with 2:40 remaining in the second and rolled on to a 27-3 run that put them out front 42-23 with six minutes remaining in the third.

Daniel did most of that damage with 17 of the 27 points.

Pinson Valley, however, would not go quietly. The Tribe lined up four straight 3-pointers to end the third quarter, including an off-balance prayer from Terry Coner at the buzzer, cutting the deficit down to 44-38. 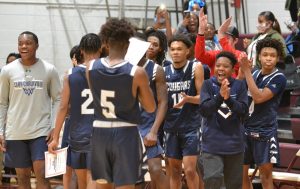 Williams led Pinson with 23 points to go with 14 from Coner in the loss.

Barber’s boys continued to chip away and briefly retook the lead at 45-44 with 3:40 remaining, but Clay-Chalkville fought back.

“We’ve been in so many games that have slipped away,” said Cougar head man Jeremy Monceaux. “I told them before the game, ‘Y’all are ready for this.’ and I thought that showed when we were down 1 and we finished it. Previous teams might not have finished, but this group did.”

Monceaux and the boys will host Area 14 runner-up Muscle Shoals next Tuesday in the sub-regional round. Pinson Valley will travel to top-ranked Hartselle that evening.