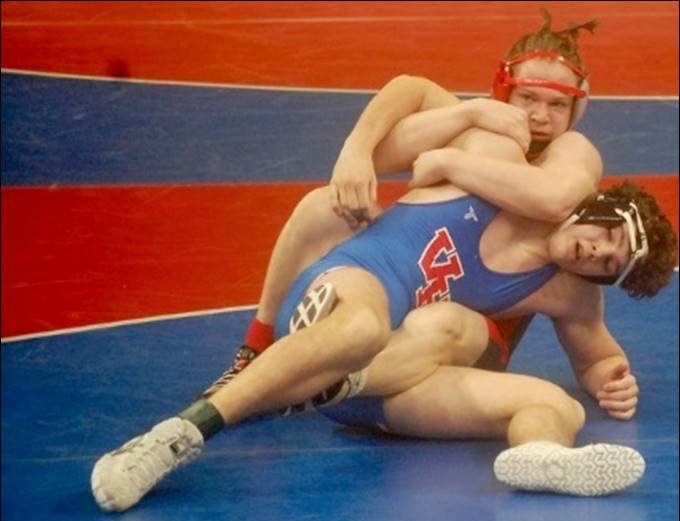 Pike saw one of his wrestlers claim an individual title and two more garner runner-up outings in their respective weight classes, as the Huskies finished with 150 team points in the Class 7A state wrestling championships in Birmingham’s Bill Harris Arena. Vestavia Hills went on to claim its 16th team title — a state record — followed by runner-up Thompson.

Hewitt-Trussville, Spain Park and Huntsville round out the top five. See the final team scores below.

In the 195-pound final, Hewitt’s Hunter Jones (30-0) got a takedown in the final 30 seconds – lifting his opponent off the ground – to earn a 4-3 victory over Hoover’s Dawson Rye (20-6) to complete an undefeated season. Jones, a sophomore, also worked a 7-6 decision over Andrew Sykes, of Vestavia Hills, in the semifinals Saturday morning.

At 152, Lucas Reaves (34-5) notched a finals berth with a 7-4 decision over Tuscaloosa County’s Elijah Brantley in the semifinals Saturday. He later dropped a 5-0 decision to Thompson’s Will Garrett (35-1) in the championship bout.