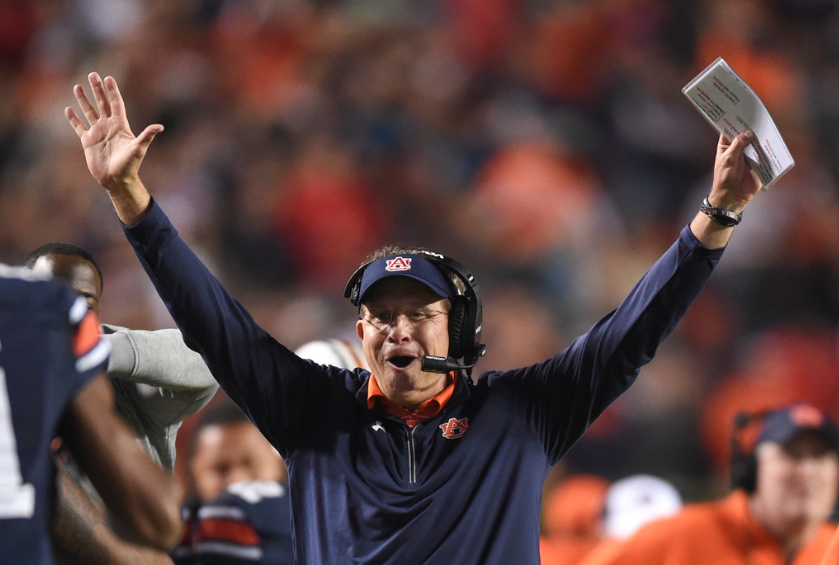 Former Auburn head football coach Gus Malzahn is expected to be the next head man at UCF. Photo from Tom Green on Twitter

ORLANDO, Fla. — Central Florida hired Gus Malzahn as its football coach Monday, a little more than two months after he was fired by Auburn.

Malzahn was 68-35 in eight years with the Tigers, never having a losing season and going 39-27 in the Southeastern Conference. UCF scheduled an afternoon news conference to introduce its new coach.

UCF has been one of the top teams in the American Athletic Conference since joining the league in 2013. The Knights have won the conference three times and played in three BCS or New Year’s six bowls.

Coach Scott Frost led UCF to an unbeaten season in 2017, capped by a Peach Bowl victory against Auburn and Malzahn. Heupel took over in 2018 and led the Knights to another unbeaten regular season before losing in the Fiesta Bowl to LSU.

The Knights fell off last year to 6-4.

Auburn fired Malzahn in December, paying a $22 million contract buyout to the coach, after the Tigers went 6-4 this past season.