LATEST NEWS
Home Opinion DEMARCO: The 2022 race to represent Alabama in the U.S. Senate off and running

DEMARCO: The 2022 race to represent Alabama in the U.S. Senate off and running

The timing of when Richard Shelby would retire from the United States Senate has been a contention of debate by political wags for years. Shelby was re-elected to his sixth term in 2016 and is now the longest-serving United States Senator in Alabama history.

But now that the senior Senator from Alabama made it official last week, the question is who will be that man or woman that Alabama voters will choose to replace him in the seat. Senate seats do not come open that often in the state so when they do there is usually a crowded field of candidates.

The state has changed a lot since Shelby was first elected to the Senate in 1986 as a Democrat. Shelby correctly saw the direction the state was heading and switched parties to become a Republican in 1994. Alabama has gone from a blue to a red state with all of its current statewide elected officials as members of the Republican Party. 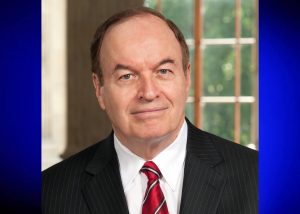 And not only is the state run by a supermajority of Republican federal and state officials, but Alabama is considered one of the most conservative in the nation.

The election of Tommy Tuberville to the Senate last year is illustrative of the politics that moves Alabama voters. Tuberville was able to handily defeat former Senator Jeff Sessions, considered by many to be a conservative stalwart when he served. President Donald Trump’s popularity still holds a strong sway in this state and will no doubt be a factor in the race to replace Shelby.

Candidates know that to win a race of this nature will take months to raise the campaign funds to be successful. In addition, Alabama voters expect the personal touch which means crisscrossing the entire state to ask for their vote

Thus, while the general election is not until November of 2022, the campaigns will get up and running this Spring for the long marathon to election day.