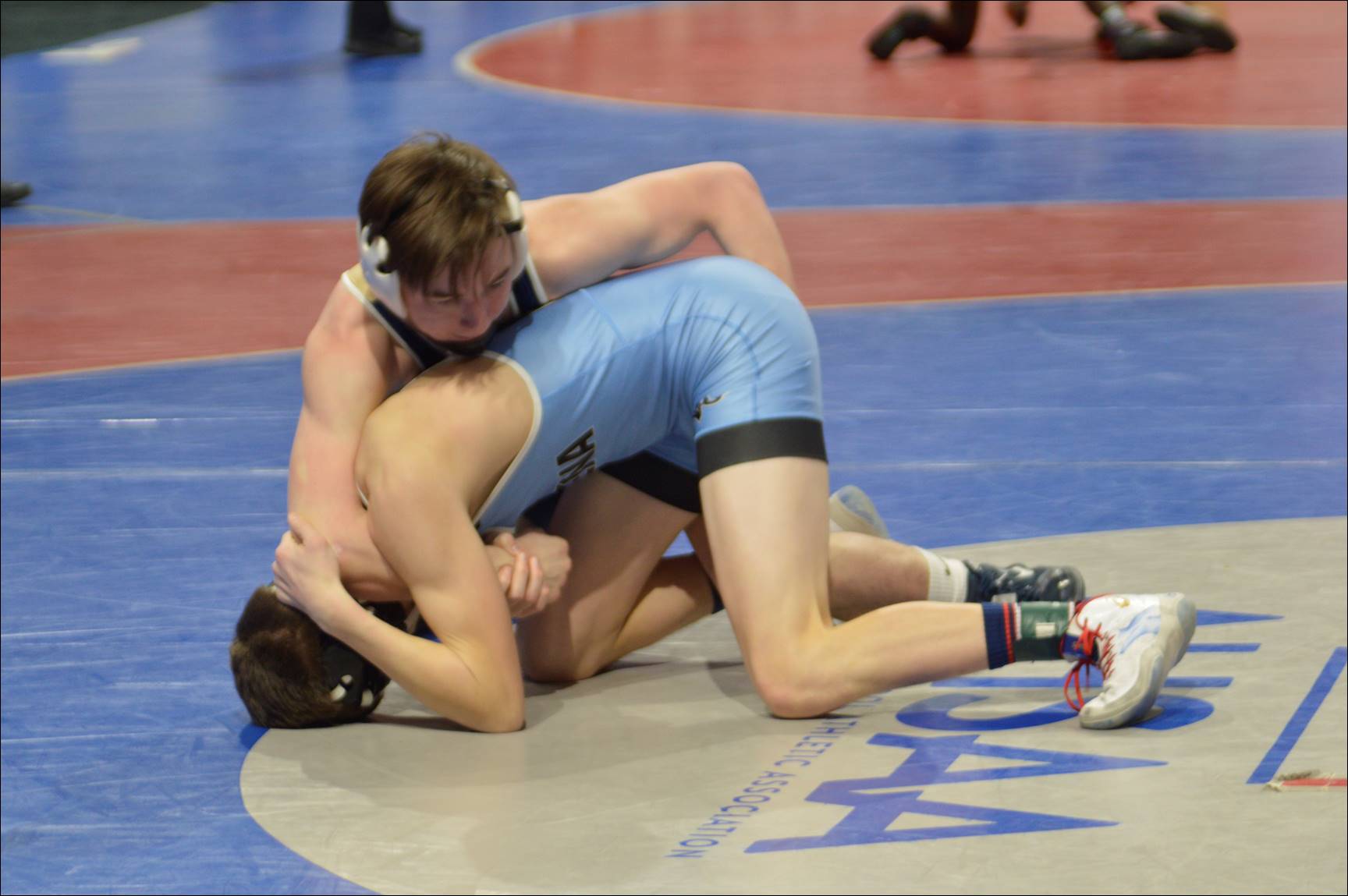 BIRMINGHAM — Moody junior Cory Land kept his undefeated streak alive this week against the top wrestlers in the state.

Land on Saturday in Huntsville won his fourth straight state crown and closed out his third straight undefeated season.

He padded his prep record to 150-0 with two wins on Friday in the opening rounds of the AHSAA State Wrestling Championships and followed up on Saturday with  a technical fall over Homewood’s Sam Sutton (35-4) in the 126-pound state championship match. The match was called at 2:43 with the Blue Devils grappler leading 21-6.

The junior, who notched a 44-0 record this season and currently holds a 151-0 career mark,  won his semifinal bout over Gunner Birdsong (27-9) of Athens with a pin in just 59 seconds. Sutton won what may have been the best match of Friday’s competition 11-10 over Fort Payne’s Cote Blalock (20-1).

Cory Land from @moodyhighsccboe wins his 4th straight State Championship and has over 150 consecutive wins. Hear from him following his victory pic.twitter.com/OLlXT4tqN6

Land was joined in the state semifinals on Friday by teammate Ryan Summerland, who lost a 3-2 decision to Jasper’s Maney Havis. That decision represents Summerland’s only loss of the season, dropping his record to 21-1.

Springville’s Trent Gilham (29-3) worked his way into the 138-pound semifinals, where he lost an 11-3 decision to Kyler Adams (35-0), of Wetumpka. Adams went on to lose in the Class 5A-6A finals against Gardendale’s Melton Powe.