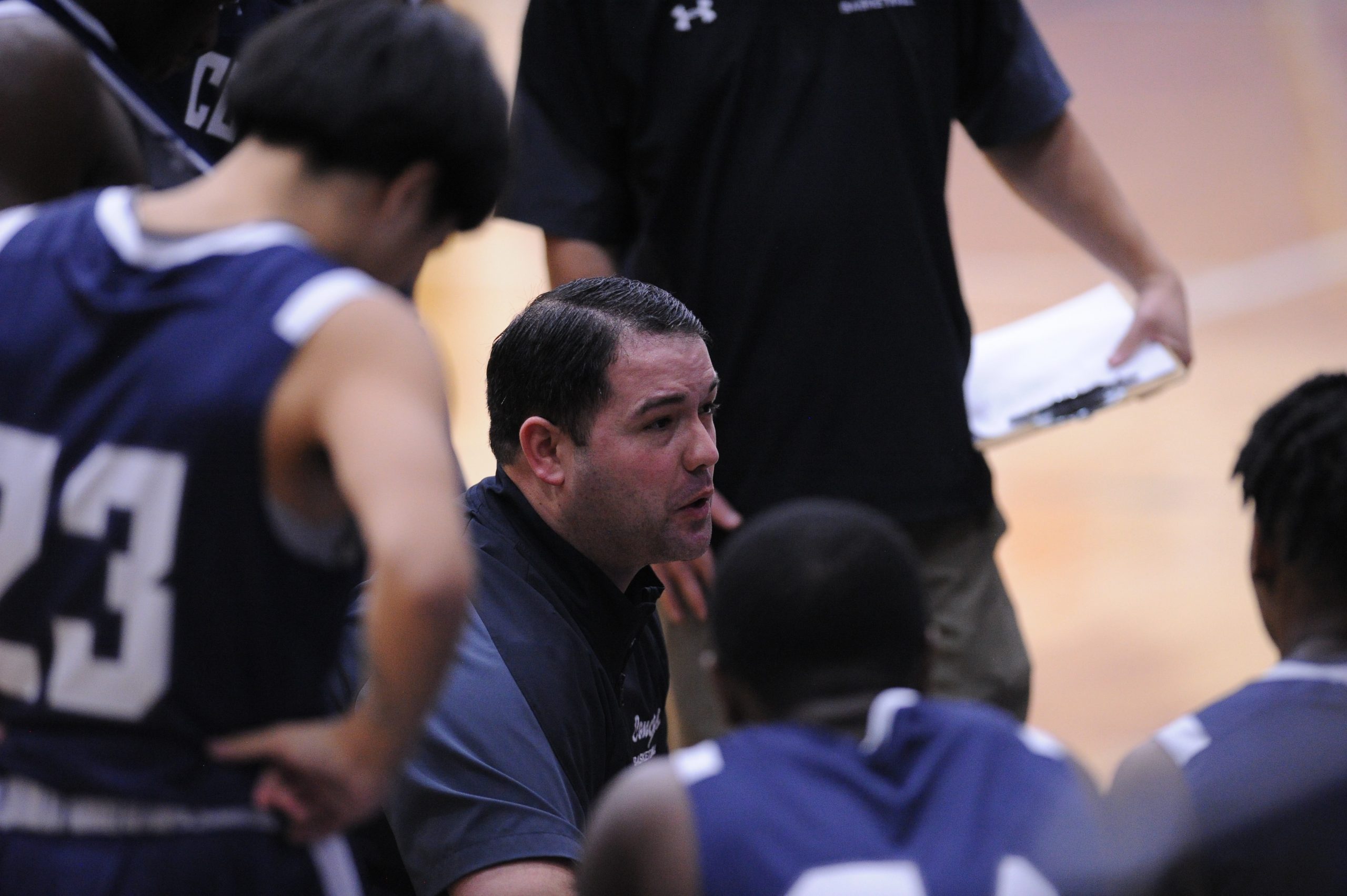 PINSON — It was a hot start that propelled the Clay-Chalkville boys on Saturday night in the first round of the Class 6A playoffs, as the No.6-ranked Cougars handled Muscle Shoals 58-40.

The home team, thanks to a mix of inside muscle and outside rhythm, rolled out to a 10-0 start that led to a fluffy 18-2 advantage going into the second frame. Senior Skyler Smith started the scoring with a deep splash which preceded back-to-back inside jumpers from Donovan Shangase and Jonathan Harris. Justin Omar punctuated the early push on a second-chance kickout to the corner midway through the first.

Shangase would lead all scorers with 17 in the win — the school’s second-ever playoff victory and first under seventh-year head man Jeremy Monceaux.

“We’ve been to this game six times in my seven years here and every time we’ve had a really tough opponent, played pretty well, but just didn’t have quite enough, so we’re going to celebrate this,” said Monceaux. “The weather caused a quick turnaround, so we’re going to enjoy it for a couple hours, but the coaching staff has to get back to work and get ready for Monday.”

The Cougars (20-4) will travel to Buckhorn in the regional semifinals next Monday night. 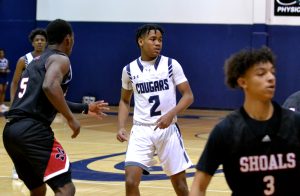 “We are excited about it, but that quick turnaround definitely messes with your head,” he continued. “We’ve got a good basketball team and we need to go play better on Monday.”

At Buckhorn, Monceaux will be looking for more of the oomph his team showed in the opening minutes of Saturday night’s win. Clay-Chalkville followed the 18-point first with seven points in the second, eight in the third and 25 in the fourth. Eleven of those fourth-quarter points came from the free-throw line as the Trojans attempted to delay the ending.

Monceaux pointed to a strong defensive effort that preserved the victory, but says his guys will need a better showing on Monday if they want a shot at the Elite 8.

On Saturday, Clay-Chalkville went to the fourth holding a 33-21 lead and quickly put things out of reach with a 7-0 run. Shangase and Jayden Sweeney sparked the surge with consecutive transition makes. Sweeney finished with nine points to go with 12 from Isaiah Daniel and 10 from Smith.