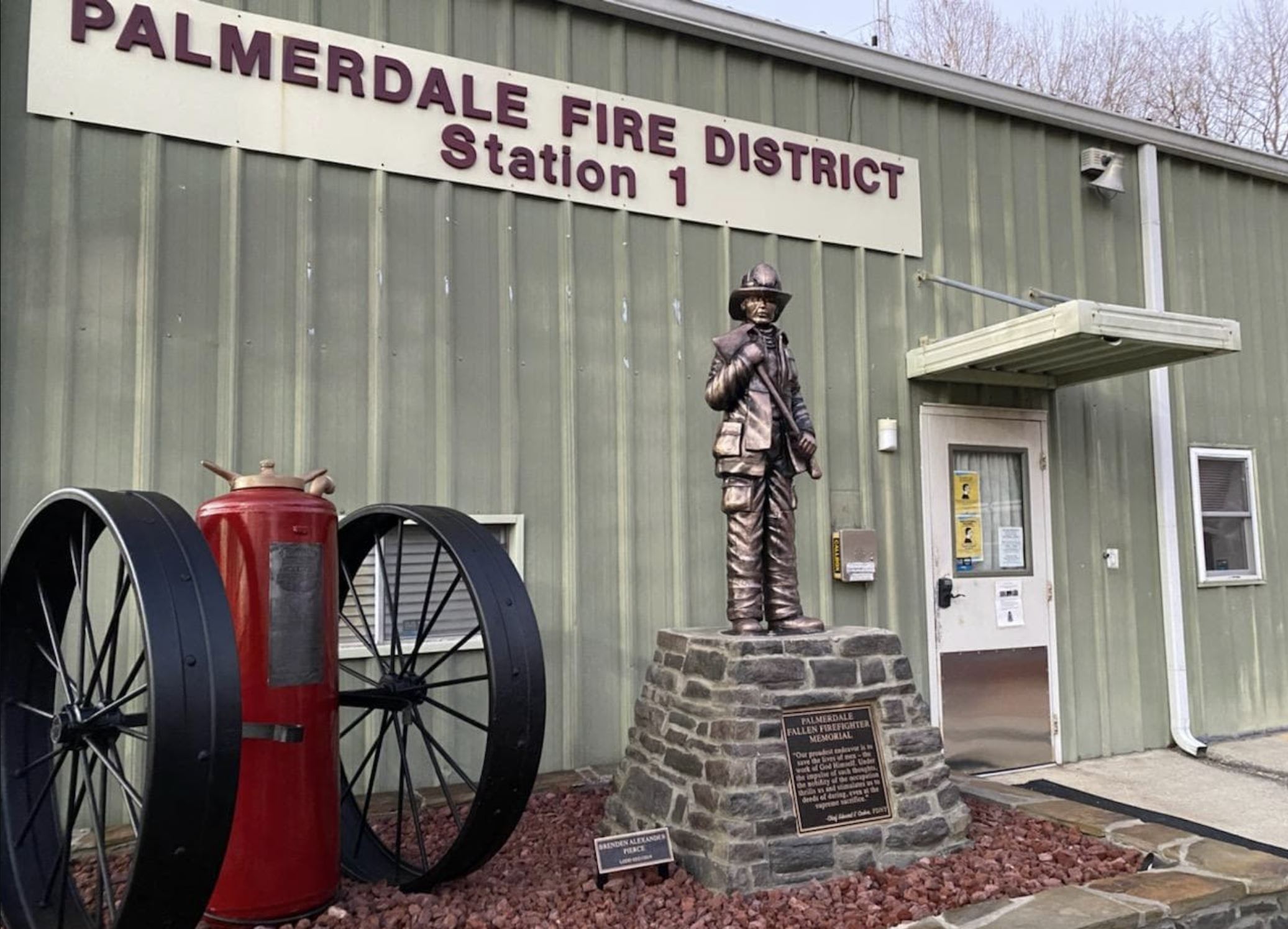 PALMERDALE — The Palmerdale Fire District dedicated a Fallen Firefighter Memorial on Sunday, Feb. 21, 2021, following the two-year anniversary of the death of one of their own.

The statue in front of Palmerdale Fire Station 1 was unveiled during the ceremony. It reads, “Our proudest endeavor is to save lives of men-the work of God Himself. Under the impulse of such thoughts, the nobility of the occupation thrills us and stimulates us to deeds of daring, even at the supreme sacrifice.”

A plaque beside the memorial bears the name of Palmerdale fallen firefighter, Brenden Pierce. The 21-year-old died after suffering a medical episode on Feb. 19, 2019. Pierce was on duty, working weather-related calls, at the time of the episode. He was taken to Grandview Medical Center, where he died the next day.

Pierce was a 2017 graduate of Westbrook Christian School.