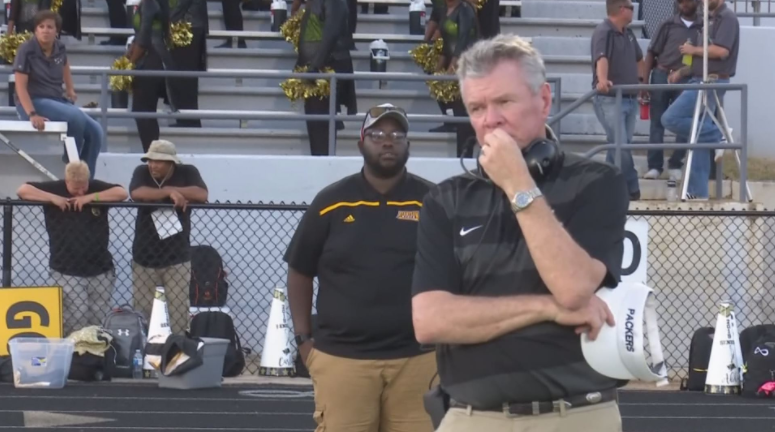 VALDOSTA, Ga. — Rush Propst, a former head football coach at Hoover High School where he won five state championships, appears to be back in hot water.

According to reports out of Georgia, Propst now faces alleged recruiting violations along with allegations connected to his handling of school money at Valdosta High School, where he took over as head coach in 2020.

The school has launched an investigation.

Propst, who rose to fame during his time on MTV’s “Two-A-Days,” led the Bucs to 110-16 record during his time in Hoover. In his nine seasons with the program, Hoover claimed five Class 6A state titles. He resigned from his position following the 2007 season amid controversy over his extramarital affair.

He later accepted the same position at Colquitt County High School in Georgia, where he won 6A state championships in 2014 and 2015 before being relieved of his duties for violating the school’s code of ethics.

And now, following his first season in Valdosta, Propst is back in question. It is unclear what will become of these latest allegations.