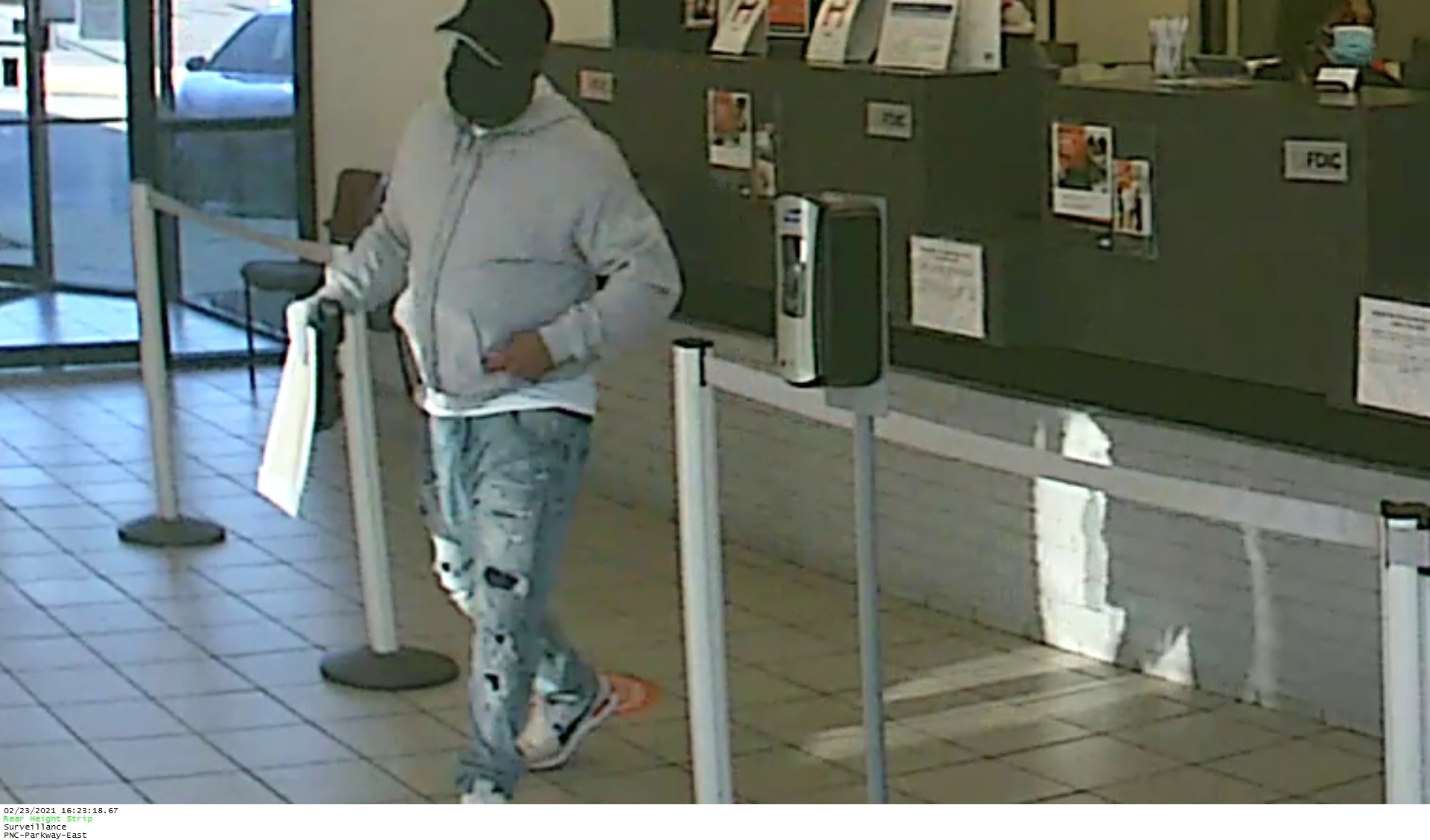 Photo from the Birmingham Police Department

BIRMINGHAM — Police are investigating a bank robbery in Birmingham.

The incident occured at the PNC Bank located at 9648 Parkway East on Tuesday a little before 4:30 p.m. The Birmingham Police Department reports investigators are conducting an investigation.

According to a release from the Birmingham Police Department, the suspect approached the counter and presented a note to the PNC teller and collected an undisclosed amount of currency prior to exiting the bank.

Authorities say the suspect fled the scene traveling northbound on Roebuck Drive in a black Nissan Altima with no tag. The suspect was wearing a black hat, grey sweatshirt, white t-shirt,

blue jeans and a black mask.

Anyone with additional information pertaining to this robbery is asked to contact Birmingham police at 205-254-1764 or Crime Stoppers at 205-254-7777.