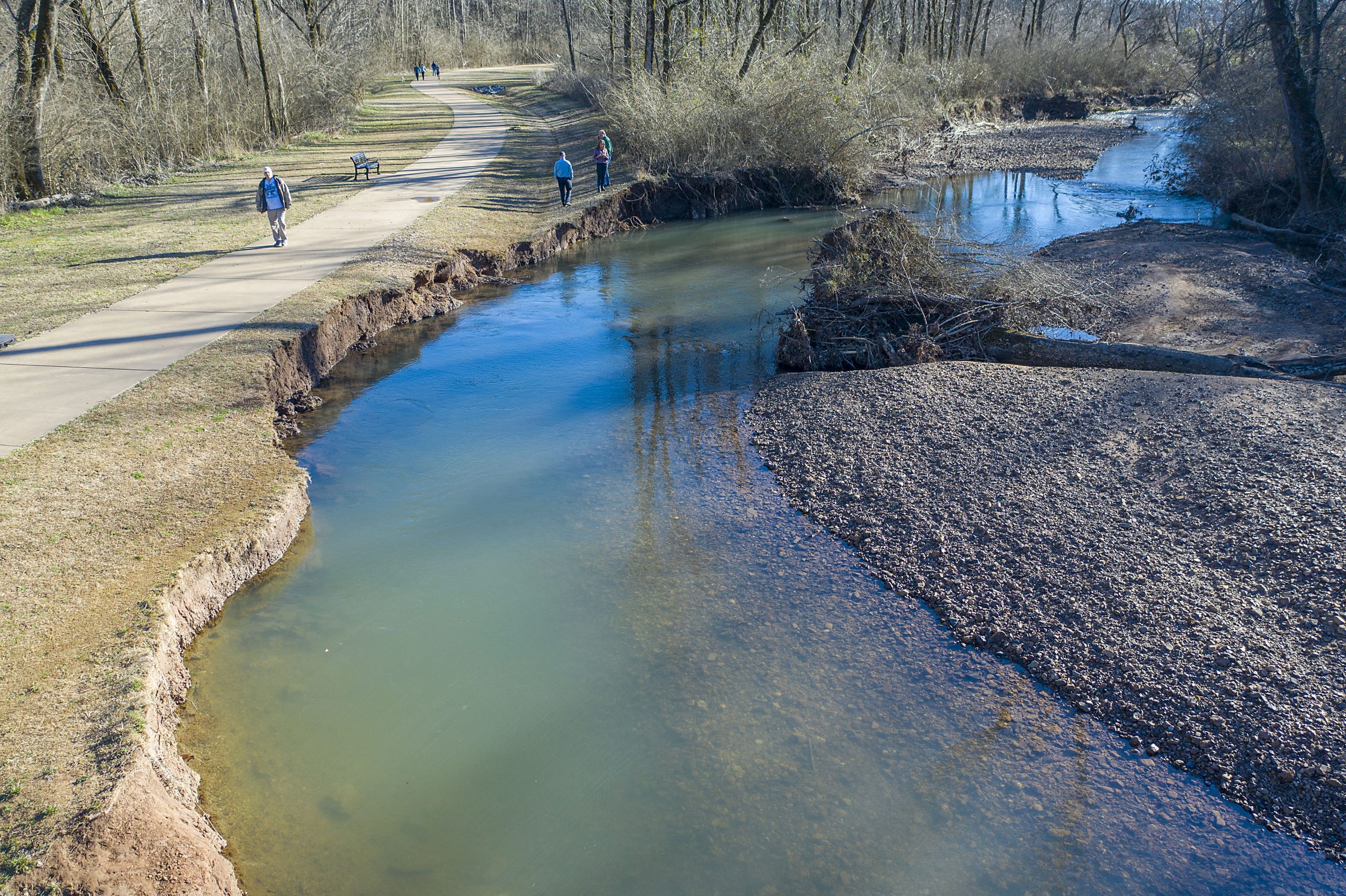 TRUSSVILLE — The city of Trussville is planning to bring in experts to look at erosion on the Cahaba River, near the city’s Greenway.

The area of concern sits about a quarter of a mile north of Cherokee Drive, parallel to Pump House Drive. Director of Parks and Recreation, David Vinson, said the problem likely stems from trees that have fallen into the Cahaba.

“It’s gotten a lot worse over the winter,” Vinson said. “The trees and debris are basically damming up one side and pushing the water the other way. That’s why it’s cutting into the bank.”

Fallen trees thought to be cause of shift in Cahaba River. Photo: Erica Thomas.

The part of the river that has shifted is now edging close to the greenway sidewalk. Frank Jones, with the city’s Public Works Department, said experts will have to be called in, to examine the problem.

“We’re going to have to get somebody to come in and move those trees,” Jones said. “We don’t have the equipment to do that. I went yesterday and looked at it and we are going to get more people to come out and look at it.”

Mayor Buddy Choat said the issue is a top priority. He has already talked to Milam and Company and he has reached out to the Cahaba River Society for input.

“We have to address this sooner than later,” said Choat. “If we have a few more heavy rains, we’re going to be in trouble.”

Choat said his concern is not only the sidewalk on the greenway, but the safety of the people walking in the area.

“I was surprised at how many people use that area,” Choat added. “I probably saw 15 people walking on that sidewalk at lunch yesterday. Where the problem is, it could get a lot worse. I would hate to know that it was unsafe for people to be on the greenway through that area. That’s my biggest concern is making sure we do the right thing to keep people safe.”

Fallen trees thought to be cause of shift in Cahaba River. Photo: Erica Thomas.

Beth Stewart, with the Cahaba River Society, said the removal of the trees may not be necessary.

Stewart said a representative from the Cahaba River Society plans to visit the location and offer support to the city. She said this type of project requires careful planning for the long-term. 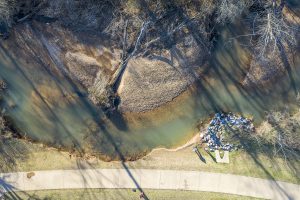