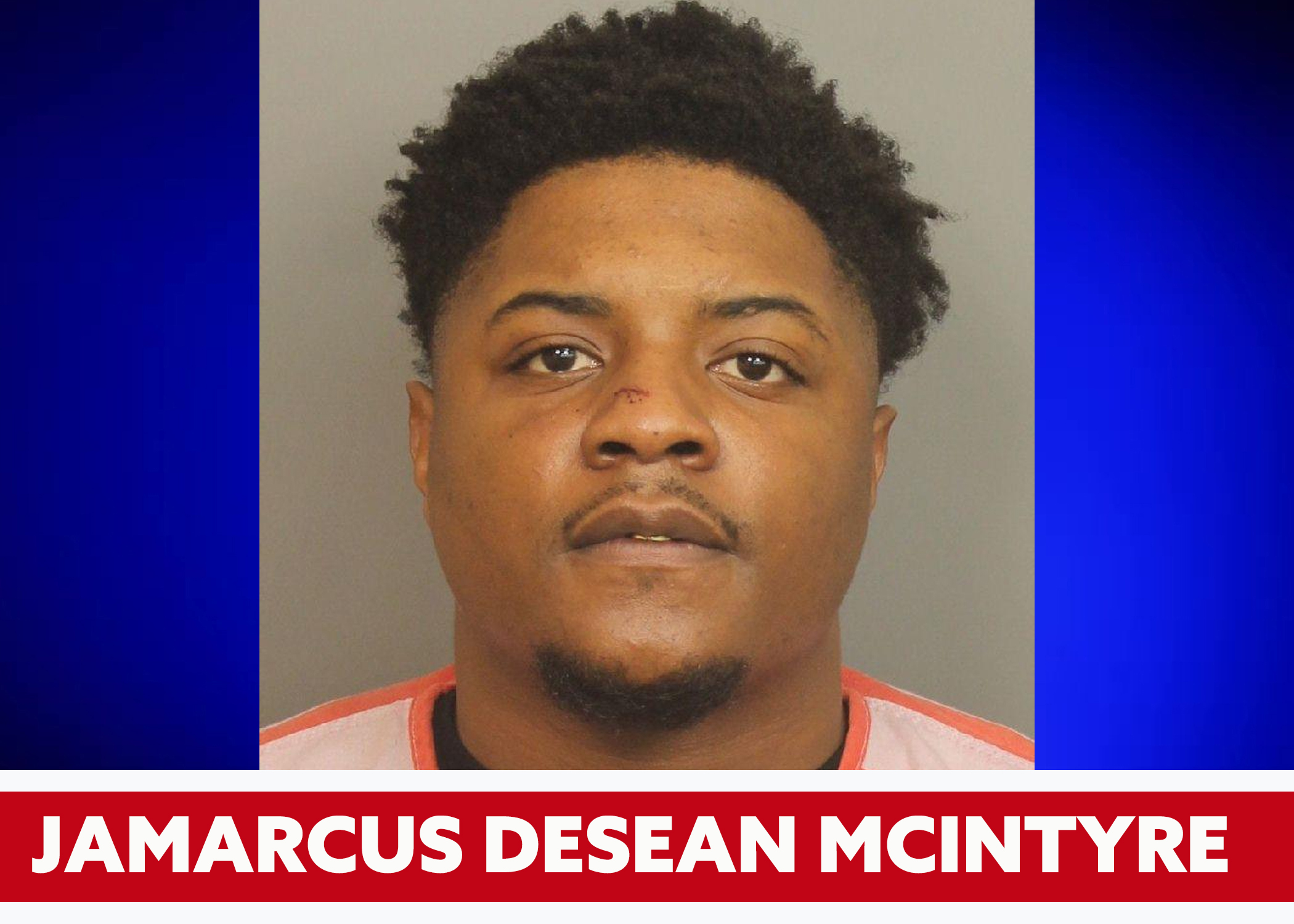 BIRMINGHAM — The Birmingham Police Department announced the arrest of a man in connection to a Jan. 14, 2021 homicide investigation.

Jamarcus Desean McIntyre, 28, of Birmingham, is charged with murder, attempted murder and shooting into an occupied vehicle. McIntyre will be held in the Jefferson County Jail on bonds totaling $240,000, police said.

According to jail records, McIntyre was already in jail on unrelated charges of failure to appear and assault in the first degree. He was booked into the jail on Feb. 18 on those charges and was given a $30,000  bond he has not yet posted.

The victim, Dequarius Lydel Williams, 31, of Birmingham, was shot and killed and another shooting victim survived.

The victims had driven themselves to the Shell gas station at 4141 Pinson Valley Parkway, for help, after being shot in east Birmingham. The victims were taken to UAB Hospital where Williams later died.