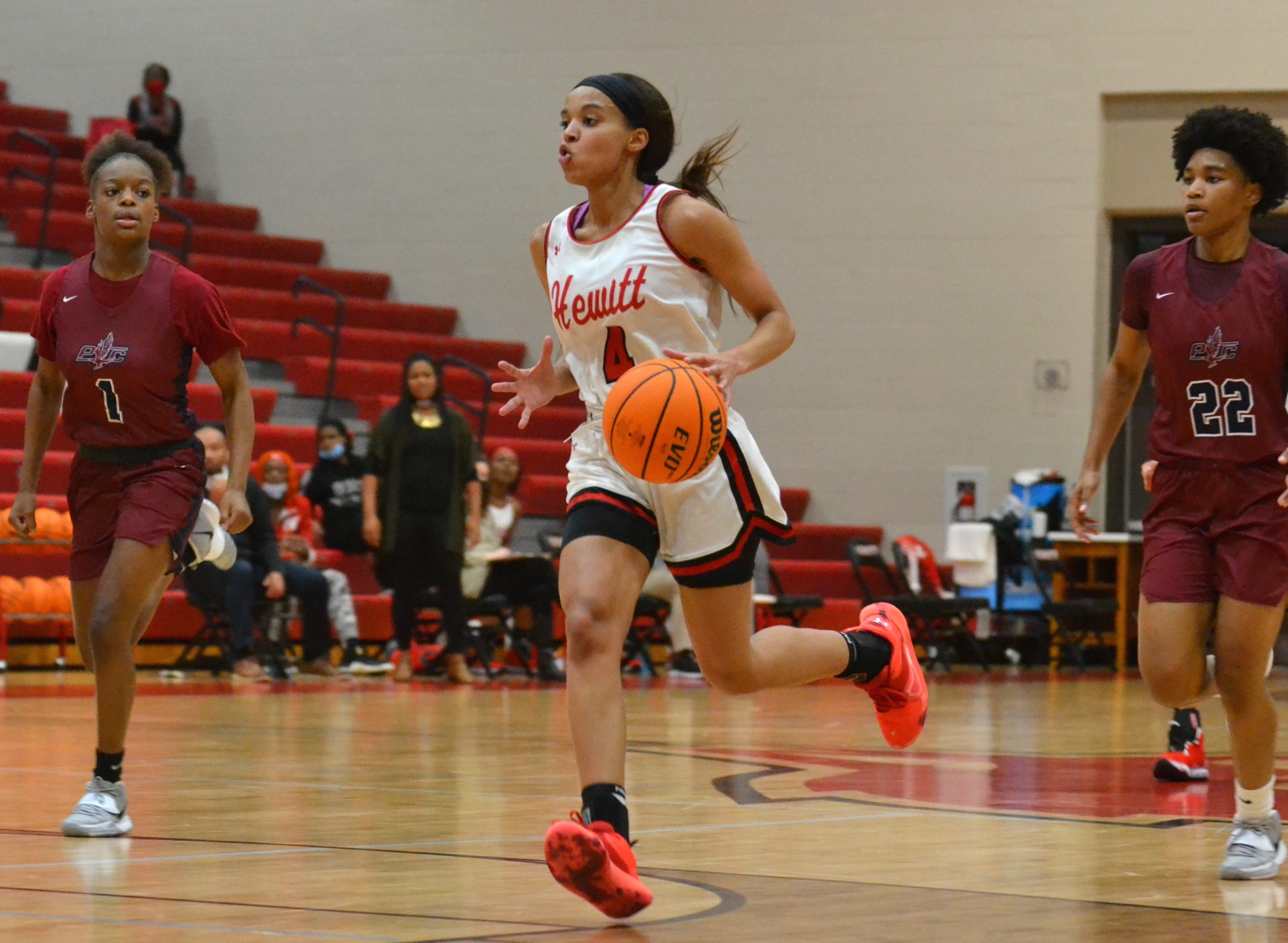 Hewitt-Trussville sophomore April Hooks pushes the ball in transition during a home game on Dec. 11, 2020. Photo by Erik Harris

BIRMINGHAM — Tickets are now available for purchase for next week’s AHSAA basketball playoffs.

The No. 3-ranked Hewitt-Trussville girls are scheduled to take on tenth-ranked Theodore on Tuesday with a spot in the Class 7A state championship game on the line.

Opening throw in from Bartown Arena is expected at 2 p.m. next Tuesday. A limited number of general admission tickets can be purchased for $12 apiece HERE.

According to the AHSAA, tickets will not be available for purchase at the gate.

Tuesday’s winner will advance to see the winner of Hoover-Auburn in the state finals on Wednesday at 2 p.m. in Bartow Arena.