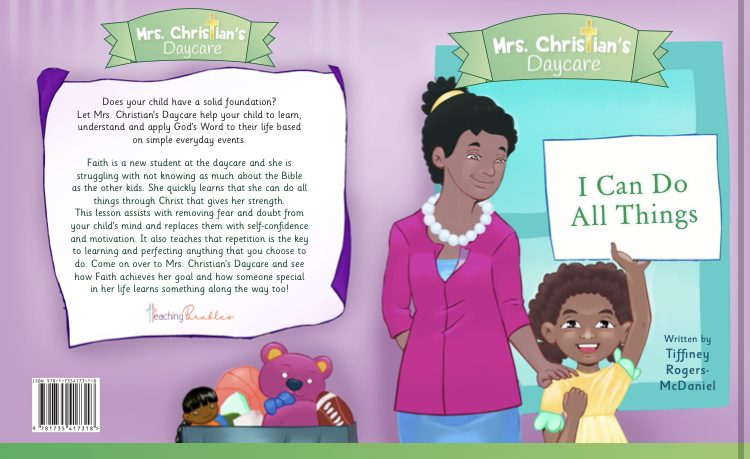 TRUSSVILLE  — When the pandemic hit in March of 2020, immediately followed by a series of social and racial unrest, Trussville resident Tiffiney Rogers-McDaniel knew she had to do something to help the world, and her nation, heal.

“The world was just in such shambles back in March and the months following, just with racial divide and the pandemic isolation,” Rogers-McDaniel said. “I was listening to various news outlets and it was troubling to me to see the amount of disrespect or lack of compassion towards each other. I just felt like I needed to do something, but I was not a protesting-type person. I realized that there’s not much I can do with adults, but I stand a better chance with the children.”

Rogers-McDaniel had thought about writing a children’s book before, but after watching the news and asking herself what she could do to help the world become a better place, she finally decided that it was time to make that dream a reality.

“I wanted to get back to the basics of just teaching kids about loving God, loving other people, as well as loving themselves,” she said. “I just think this world overall would be better if we just get back to teaching our children the right things to do.”

Between March and May 2020, Rogers-McDaniel wrote the first 10 books in the Mrs. Christian’s Daycare series and got them copyrighted with the United States Copyright Office. The first book, “Ask, Seek, and Knock,” was released in early December 2020, just in time for Christmas. The second book, “I Can Do All Things,” is currently available for pre-order and is expected to be released Friday, March 5.

“Writing, actually was therapeutic for me,” Rogers-McDaniel said. “We just had a lot going on and my heart was so heavy. I would love to just see us reset society and get everything back on track. I just think if we loved each other, if we respected each other more and had more compassion, I just think the world would be a better place. What better place to start than with our kids? I get excited every time I think about it.” 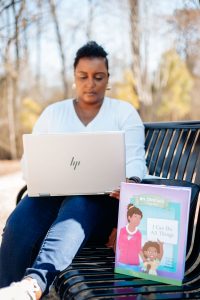 Each book in the Mrs. Christian’s Daycare series is based on a Bible verse – teaching the verse in a way that is easy for young children to understand and apply in their daily lives – and each book will feature a different child in the daycare as a main character.

“I focus, also, on diversity, so it’s going to be different ethnicities, different races,” Rogers-McDaniel said. “All kids are going to be able to relate to it in one way or another.”

While the series is geared toward children between the ages of 3-8, even adults can benefit from the principles taught in the books, she said.

“Growing up, I would go to the daycare to visit – I never was a student of hers – but I would love the way she was so energetic and so interactive and so passionate about teaching those kids about Christ and how to love each other,” Rogers-McDaniel said. “That’s one of my inspirations because I actually saw her do it in real life, so I know that it can be done.”

The goal for the series, she said, is to help parents teach biblical principles and morals at home.

“I’m trying to bring parents and kids together,” Rogers-McDaniel said. “I think these days, a lot of people tend to depend on the school system and the churches and other outlets to raise our kids, and we as parents need to take that reign back and start teaching them at home because we can’t depend on the world to do that. The school system and the churches are to be support systems. It goes back to parenting. We have to take control of our households; we are their first teachers. We are examples for them and I think we need to do a better job as parents than what we’re doing.”

The second book in the series, “I Can Do All Things,” is a story about a new girl in the daycare who, in her effort to memorize a Bible verse, begins repeating that verse throughout the day in various situations.

“She’s out on a mission to learn that scripture, so in various places every day, she repeats certain words of that scripture throughout her day,” Rogers-McDaniel said. “Low and behold, her mom is listening and her mom actually had to use that scripture at work. It not only teaches the child that they can learn through repetition and they can learn by putting their minds to anything, but children can also teach us adults something, as well.”

“I Can Do All Things” can be pre-ordered at Roger-McDaniel’s website, teachingparables.com. Any orders placed through her site will include an autographed copy of the book and a small gift.

“I think it will be a great addition to Easter baskets,” Rogers-McDaniel said. “You just let me know who you want to have it autographed to with a little note and a signature from me.”

The Mrs. Christian’s Daycare series will also be made available on Amazon and Kindle, but those copies will not be autographed or include the gift. 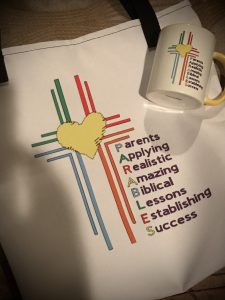