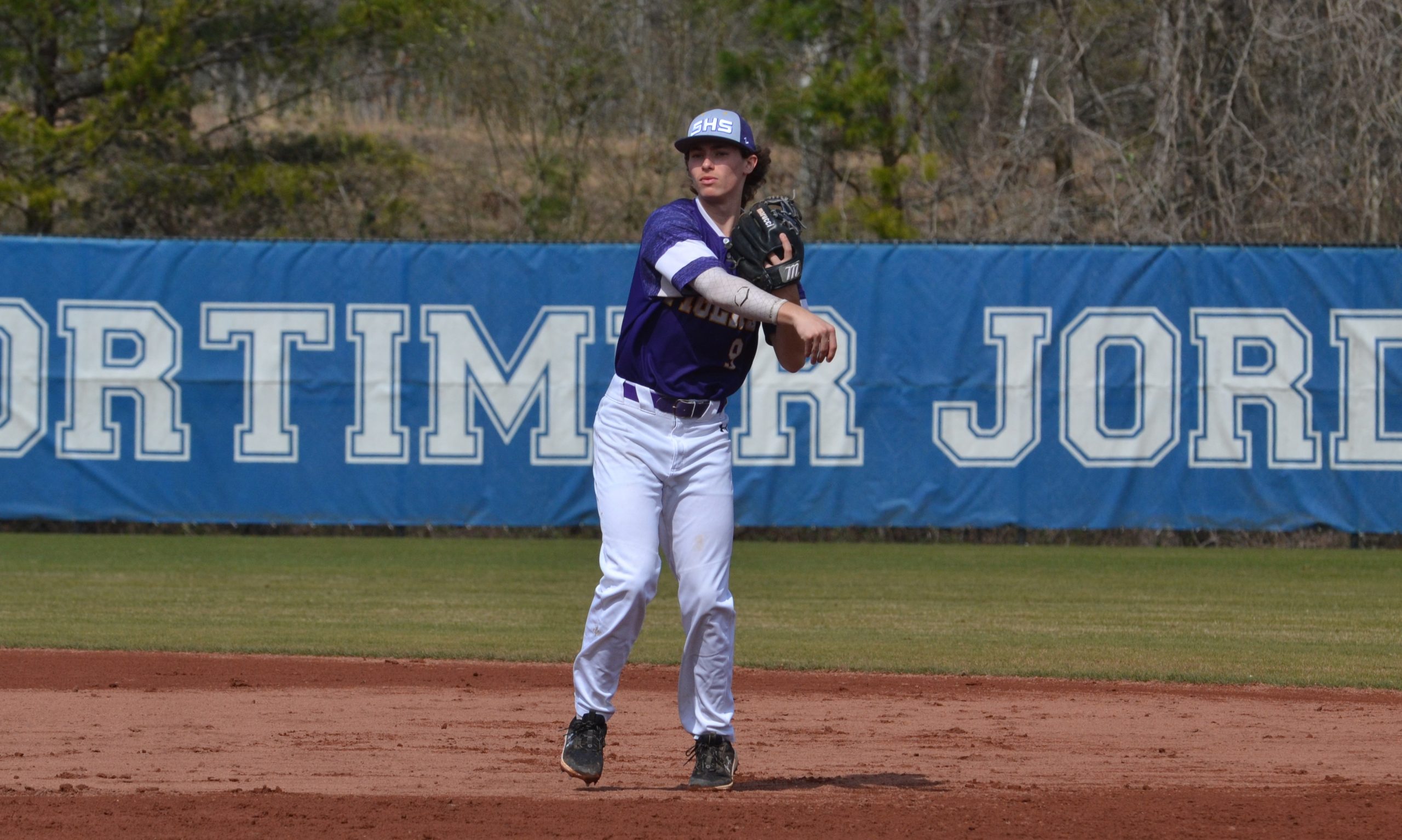 Springville infielder Ethan Davis warms up between innings during a game on Feb. 27, 2021. Photo by Erik Harris

Several local baseball team were in play on Thursday night.

Clay-Chalkville shoved six runs across in the first two innings and held on late for a 9-7 home win over Ramsay.

Kenny Glover and Braxton Russell both homered for the Cougars, who improve to 2-3 on the year. Kobe Lewis drove in two Clay-Chalkville runs on three hits, while Jack Freind came through with three hits and two runs scored.

There was no shortage of offense on Thursday night, as Leeds overcame an early deficit for a 15-7 win over Fultondale.

The Wildcats claimed a 4-0 advantage with runs in the first and second, but Leeds pulled away for good following a seven-run third. Center fielder Will Landers doubled and drove in four runs for the Green Wave (8-0). Avery Stephens, Alex Bradford, Tucker Jones and Dillan Dempsey matched Landers with two hits apiece in the win.

The senior provided a three-run home run in the first and his Indians (5-1) never looked back. Pinson would finish the first with four runs scored and later added four more in the second to claim a commanding 8-0 advantage.

The Springville baseball team lost to Mortimer Jordan 7-6 on Thursday night in nine innings. The home loss drops the Tigers to 6-2 on the year. Both losses have come at the hands on the Blue Devils, who also claimed a 1-0 final in Kimberly last Saturday.

Mortimer Jordan senior Brady Benefield laid down the game-winning bunt in the top of the ninth when he broke a 6-6 tie. The Blue Devils trailed throughout, but forced extra innings with four runs in the sixth and one more in the seventh.

Propelled by a six-run sixth inning, the Moody baseball team stormed by Etowah 10-1. Caleb Jatko pitched all by one out of the Thursday-night win and finished with 14 strikeouts.