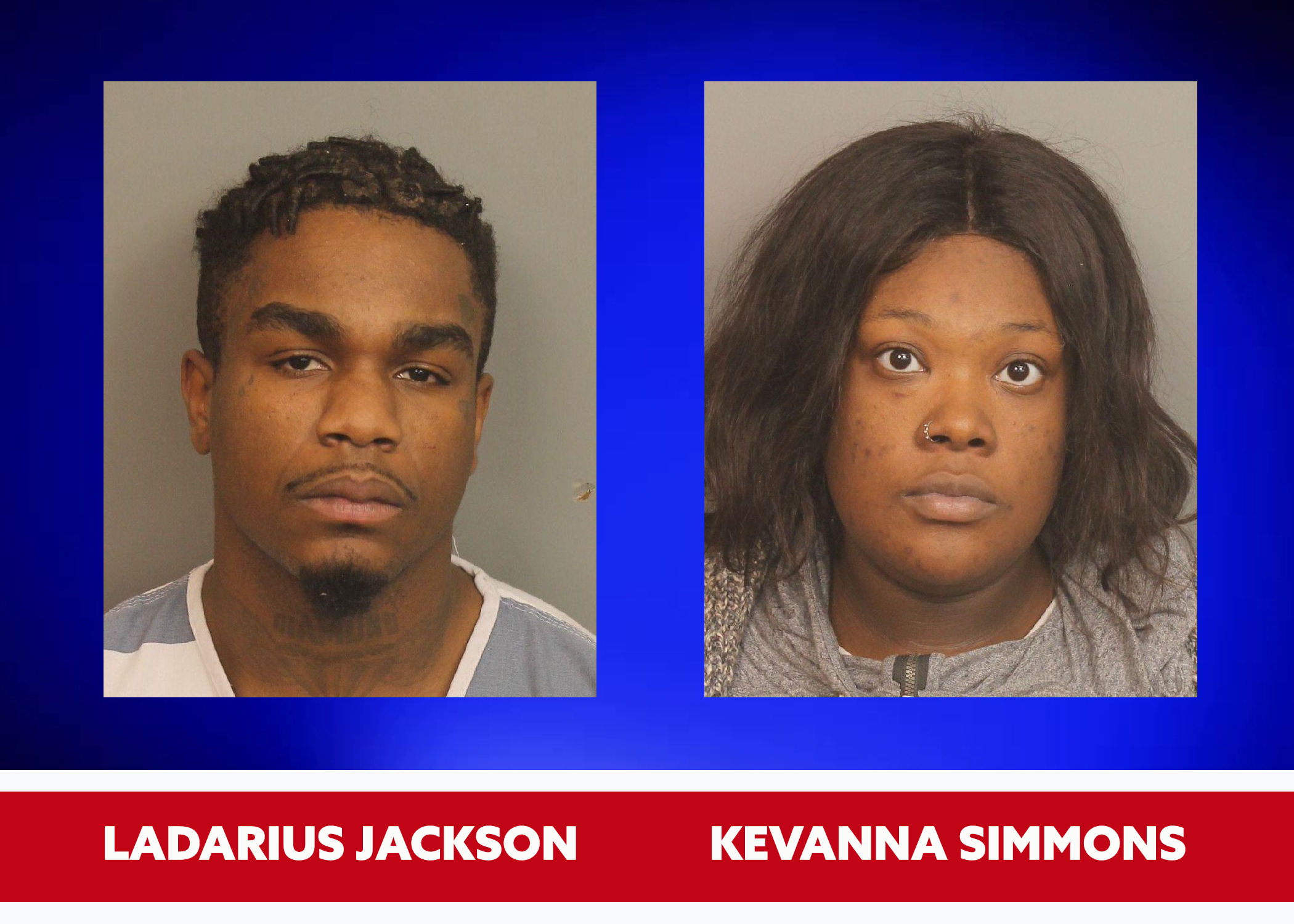 Ladarius Jackson, 22, of Little Rock Arkansas, is wanted on several warrants including unlawful breaking and entering a vehicle, theft of property third-degree and criminal mischief third-degree.

Kevanna Nichole Simmons, 23, also of Little Rock, is wanted for fraudulent use of a debit/credit card.

The charges come after an investigation into two car break-ins in the church parking lot. Two women reported they parked at the church and were away from their cars for 30 minutes. Sometime between 4:30 p.m. and 5 p.m., someone broke into their cars and took their purses.

One of the victims told police her card was used at Sam’s and $2,064 had been charged.

Jackson and Simmons recently bonded out of the Jefferson County Jail on similar charges brought by the Gardendale Police Department. Jackson was also charged with resisting arrest and bribery of public servants.

If anyone has information on their whereabouts, they are asked to call the Trussville Police Department at (205) 655-2101.