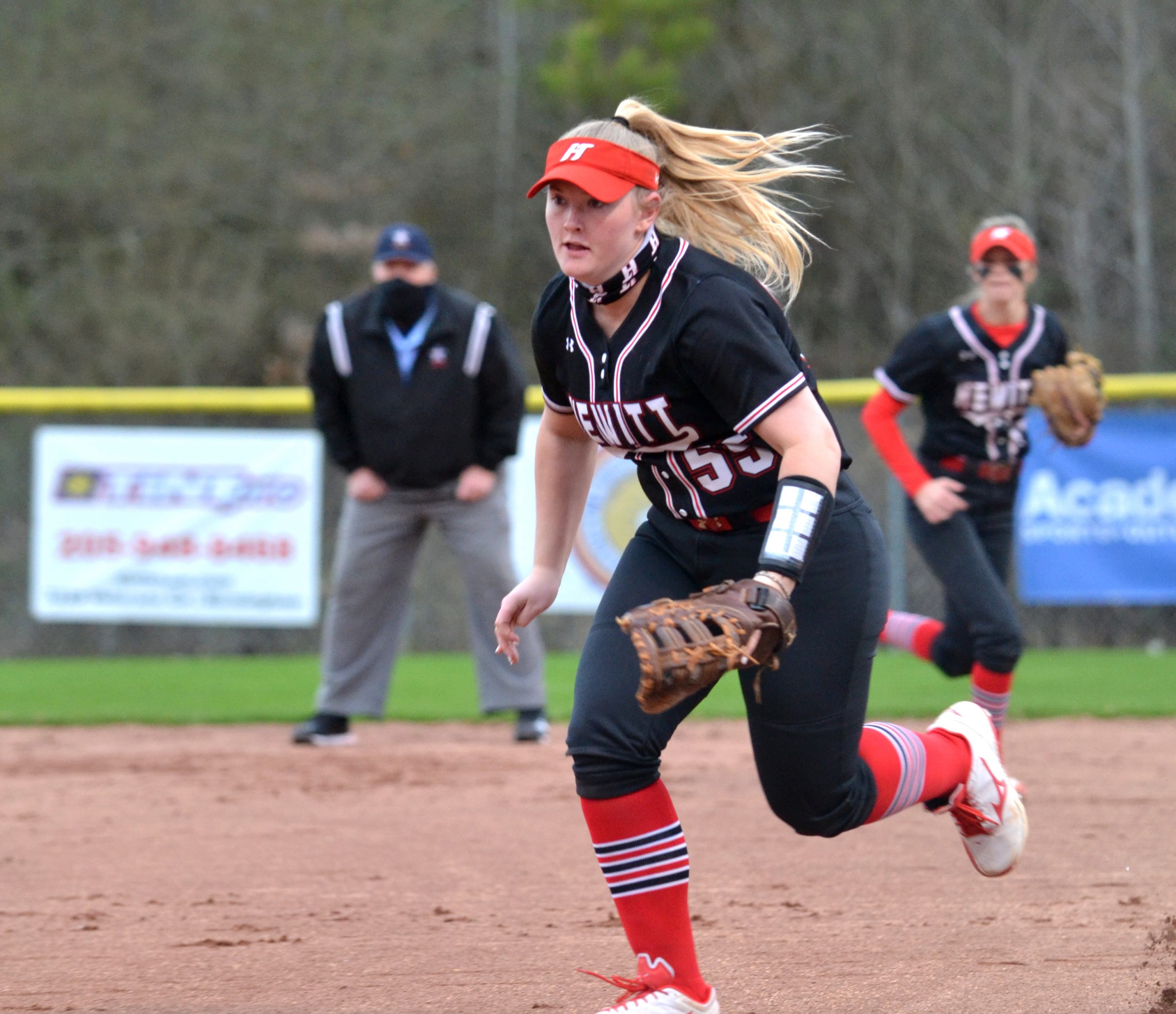 TRUSSVILLE — The Hewitt-Trussville girls were seeing the ball well on Friday afternoon in the opening game of the Hewitt Round Robin. That much was clear after the second inning of a run-rule victory over Haleyville.

The Huskies, one batter after the next, took turns blistering the ball to the tune of 12 runs off 11 hits, including seven extra-base hits during the second-inning onslaught.

“We’ve started out swinging it pretty well,” said Hewitt-Trussville head coach Taylor Burt. “We’ve had a couple games where we struggled a little bit, but for the most part, our offensive production has been very good (this season).”

Production was particularly high as the Huskies rolled back to the top of their lineup on Friday afternoon, setting up a second look at Haleyville pitcher Karley Dozier. What happened next was a first for Burt in her 10 years as a coach.

Her girls — specifically, the Huskies’ two-, three- and four-hole hitters — went back-to-back-to-back with home runs. The slugfest started with Kenleigh Cahalan’s two-run job to center field, which led to Jena Lord’s no-doubter to left, followed by Crystal Maze’s solo shot back up the middle — a low liner that whistled as it cut through the Trussville air.

And, believe it or not, the incredible outburst seemed routine for the talented ballclub. A few high-fives, a pat on the helmet and an “atta kid” pretty much completed the celebration.

“This group hits the ball really hard and really far,” said Burt, comparing this group to her first Hewitt-Trussville team that finished with 70 home runs on the year.

The Huskies went on to win the tournament opener 15-0 in three innings. Hewitt-Trussville is 9-0 on the season with more tournament action ahead this weekend in Trussville.