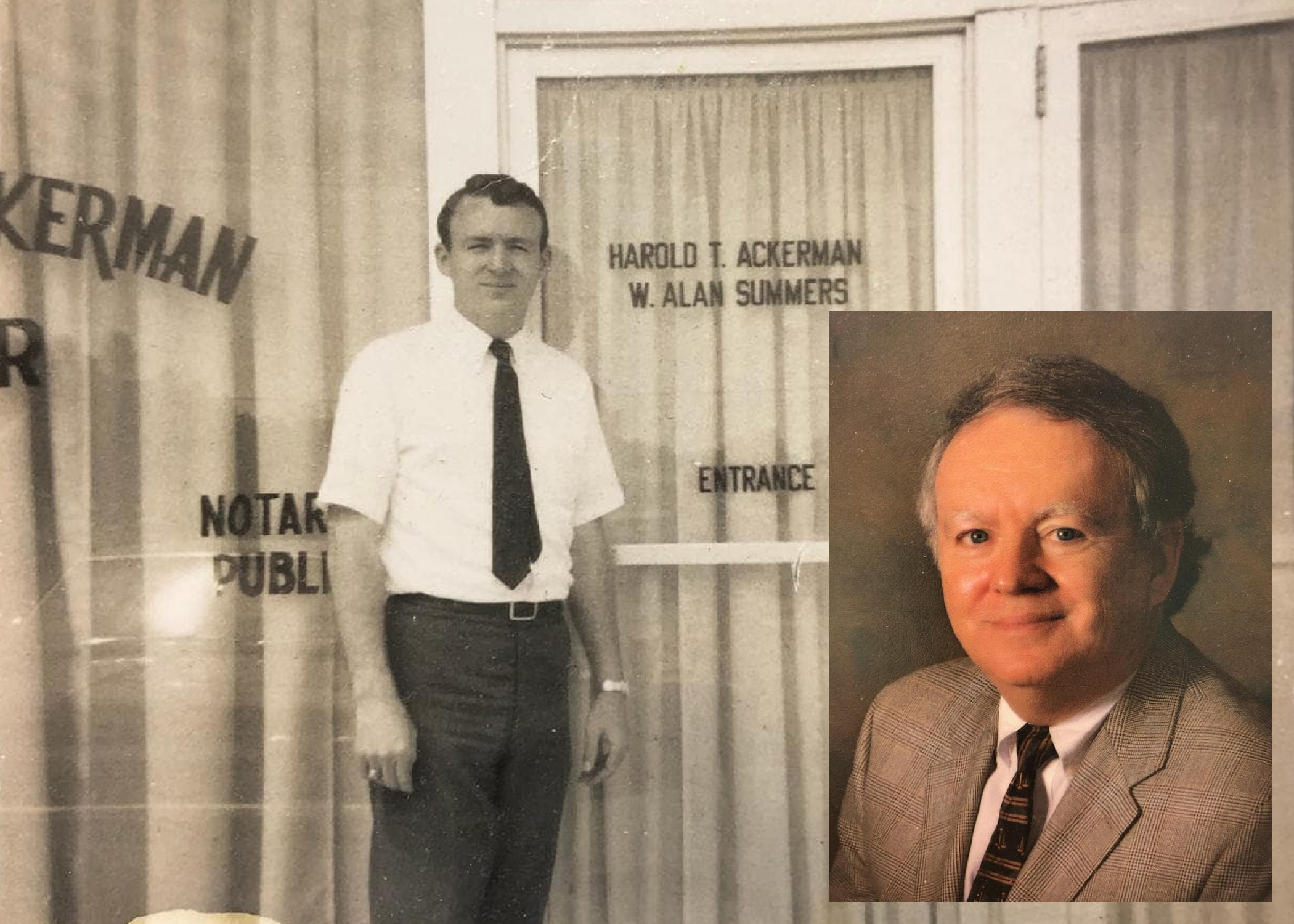 BIRMINGHAM — After 54 years as an attorney, one local man wants his clients to know he’s still going strong and working hard, despite some rumors that he has died.

“People truly think that I’m dead,” said Summers. “And then, they’re shocked when I answer this phone at 5:30 a.m.”

Alan W. Summers still gets up at 4 a.m. every day in order to be at his office in east Jefferson County by 5:15 a.m. He begins seeing clients at 6 a.m.

“I arrive here and circle my building, make sure it’s safe, I get out and go to work,” he said.

Summers said he sees people who work overnight in the early morning hours, so they are able to come in after work and don’t have to get up in the middle of their day to speak with an attorney. He works 10 hours a day, Monday through Friday, all for the love of his clients. Summers says he enjoys the variety of issues he deals with on a daily basis and says he never knows what he will be faced with when he walks through the doors. Summers, who also works as the city attorney for the city of Clay, says he isn’t planning on stopping anytime soon.

“You know, to me, age is just a number,” Summers said. “As long as I get a kick out of it, enjoy it and don’t start doing any crazy things, then I have no plans at all to retire.”

One of his accomplishments, in more than five decades, is his law office building.

“A long time ago, I realized lawyers spent so much of their lives paying rent,” said Summers. “So, we struggled and bought this office building years ago. We’ve got it paid for. That’s one of my accomplishments.”

He has a son, Jeremy, who works in the building with him. His other son, Alan, Jr., is a District Judge in Jefferson County.

“I sent four to college and three to law school,” said Summers. “My oldest grandson just graduated from law school and he takes the bar in July.”

The family tradition has deep roots in the farm field. It’s that work ethic that has kept Summers going all these years.

“I came off of a real working farm,” Summers said. “Everybody got up early and worked so it carried over.”

Growing up on a farm in the Ozarks, in Missouri, Summers knew he wanted more for his future.

“I wanted to do something other than milk those cows,” he explained. “We had an awful good time but I wanted to something where I could see money coming in.”

So, he noticed lawyers in his community and thought that type of career would be interesting, honorable and lucrative. After speaking with attorneys, he decided to head on down to Alabama and attend Cumberland Law School. After graduation, he wasn’t thinking of staying in Alabama until he hit a snag along the way.

“The Vietnam War was raging then,” Summers remembered. “I got a draft card. But, there was a rule that if you are on a farm and you have a brother, they couldn’t take you both. So, my older brother went.”

Summers stuck around Alabama and took his test in Montgomery. He was hesitant to open a law office with a draft status but as soon as he was released from the draft, he moved forward with his career. Since that time, he has worked on all kinds of cases in Sweet Home Alabama.

“Governor George Wallace appointed me Head of Mining in Alabama but he let me work full time here,” Summers remembered. “So, I had an office in Jasper, here and then I was a working city attorney. Then I had a soybean farm up in Missouri for many years. I’ve had a good run at things.”

He certainly never forgotten about those farming roots. He’s more than just an attorney. Summers truly cares about every case, no matter how big or how small. When asked where he gets his thoughtfulness from, he gave all the credit to his parents.

“My mother and my father,” Summers answered. “The first time I can ever remember seeing my dad, other than my mother showing me pictures, was when he came home from WWII. He had been at the Battle of the Bulge, on line. He was one of the lucky ones that was rescued because they were starving and frozen and being killed in large numbers. My mother would show my brother and I pictures of my dad and he would be in his uniform.”

Summers said he has kept a large amount of love letters from his father to his mother.

“I get them out and read them and they will put a lump in your throat,” Summers said.

Of all of the cases Summers has worked on since coming to Birmingham in 1967, there is one he will never forget. It was the case of a woman named Wanda, who was kidnapped from Birmingham restaurant, Baby Doe’s Matchless Mine, in 1983. She was taken to a home in Pinson where she was raped repeatedly. The next morning, she was let go. Summers said he worked on the case and it remains close to his heart.

Making a difference and leaving a mark has been important to the attorney who calls himself “a relic of the past.”

“You know, cell phones and such, I don’t use those things,” Summers said. “But I enjoy everything. I like people.”

And it’s the people in the community he wants to continue to help. That’s why he is determined to let everyone know he’s still in business.

But he’s definitely not dead. He is alive and well and better than ever. But he understands why people might think he’s no longer around.

“If you stop and think, most people around 80, they are dead,” Summers said. “And if they’re not dead, they’re in a nursing home or they’re retired.”

No matter what, Summers says he is thankful for the people of east Jefferson County. They have been good to him and he wants to return the favor. If you’re ever around the area of 1275 Center Point Parkway, be sure to look for a T-Bird. That’s Summers’ car and he is inside, waiting for your call.