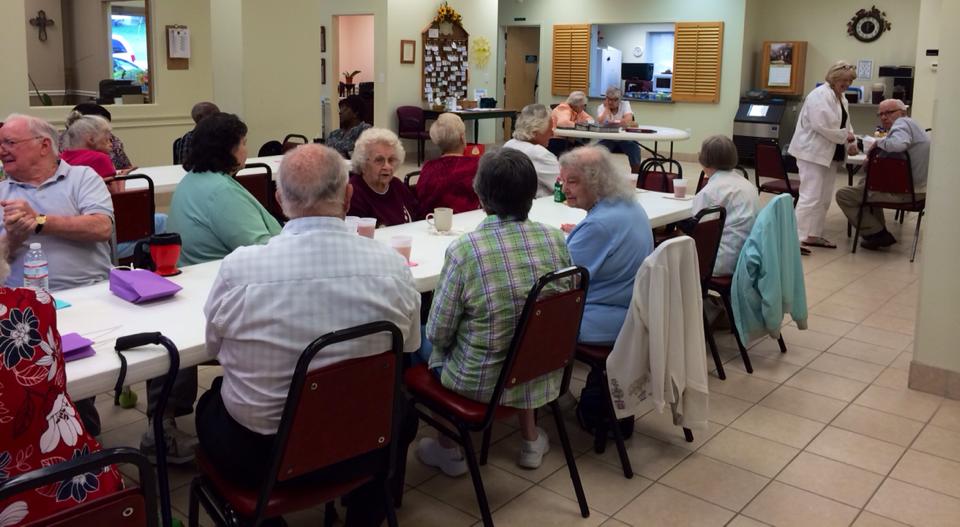 Photo taken in 2014 by Becky Johnson.

“We are going to be a little bit early from what the health officers are allowing and saying that they’re allowing,” Dixon said. “But everyone that feels comfortable doing it, we’ll be ready to offer them to open up.”

At the Feb. 23 council meeting, Dixon said that the city could not accept the liability of bringing in senior citizens from outside the city limits, and all Clay residents who plan to attend will have to find their own means of transportation to the center.

“We should be able to social distance without issue,” Councilor Dennis Locke said.

The center will only be open to Clay residents ages 60 and above. Dixon said that a total of 11 senior citizens in the city have shown interest in returning to the center when it opens and that the center’s max capacity is around 88 people.

“Even if we said 25%, that would be 22 people, so we should have plenty of room,” he said. “The governor has said that she will not extend the order again, so like I said, we’ll be a few days before that … but I don’t see where we’re going to have any problems, either health-wise or with getting the food there for them for lunch.”

Meals will be provided to the senior center by Barbecue Stop in Clay and the Food Giant deli in Pinson. Any citizens coming to the center will have their temperatures taken as they enter and be required to maintain 6-foot social distancing. For the first month, the center will be open on a Monday-Wednesday-Friday basis, and then return to a full five-day schedule after that.

Senior Center Director Beth Petty and Senior Center Assistant Allison Swanson will return to the center the week of March 22 to clean, sanitize and prepare for the re-opening. They will continue working part-time at the library that week but return to their normal hours at the senior center as of April 5.

In other city news, Dixon said that the new city of Clay splash pad has a target opening date of Memorial Day, which is May 31, 2021. The splash pad will have its final evaluation to check the pumps and pipes on March 29.

The city council has not yet made a decision on prices for use of the splash pad. Prior to opening, the council will have to amend its Park Rules ordinance to include splash pad pricing and party rental fees.