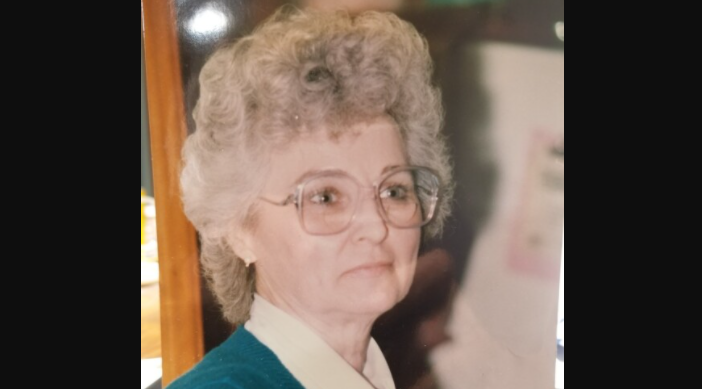 Mrs Geraldine Wegent  was born Feb. 9, 1934 to Horatio Marion Vaughn and Myrtle Sistrunk Vaughn while they lived in Michigan . They moved back to a farm in Addison,  Alabama  where she spent her childhood with her 3 siblings  and parents.

After her fathers death,  her mother moved her still young family to a home in the Center Point, Alabama  area. While  still in high school, she met and married her sweetheart Frank J Wegent Sr.  He ultimately became a  Birmingham City FireFighter. They had two live sons, Frank Joseph Wegent, jr “Frankie” and  Stephen Michael Wegent  as well as one still born son  Karl Anthony Wegent.

Tragically her husband died at the age of 52 from cancer.   She then worked as a retail clerk at Parisians for many years.  She lost both adult sons to cancer as well and had no grandchildren. She became ill herself nine years ago and lived with her nephew Joel Smith and family for about six years in Trussville.

She was ultimately admitted to Florala Health and Rehab Center in Florala Alabama.  She fared well and enjoyed life there until a terminal illness started three weeks ago until her ultimate passing on 3/4/21.

She is survived by two nephews,  Ted Lee Smith and Joel Roy Smith as well as one niece Eddie Lane Hood along with numerous great  nieces and nephews. She had been predeceased by all siblings  Eleanor Crawford, Daniel E Vaughn and Colleen Murphy.

Gerri was always lighthearted and enjoyed life in spite of all hardships. Her pleasant demeanor was a blessing to all . She enjoyed music and ballroom dancing and the fellowship of many friends and family.  She enjoyed and was often amused by pets and animals of all kinds.