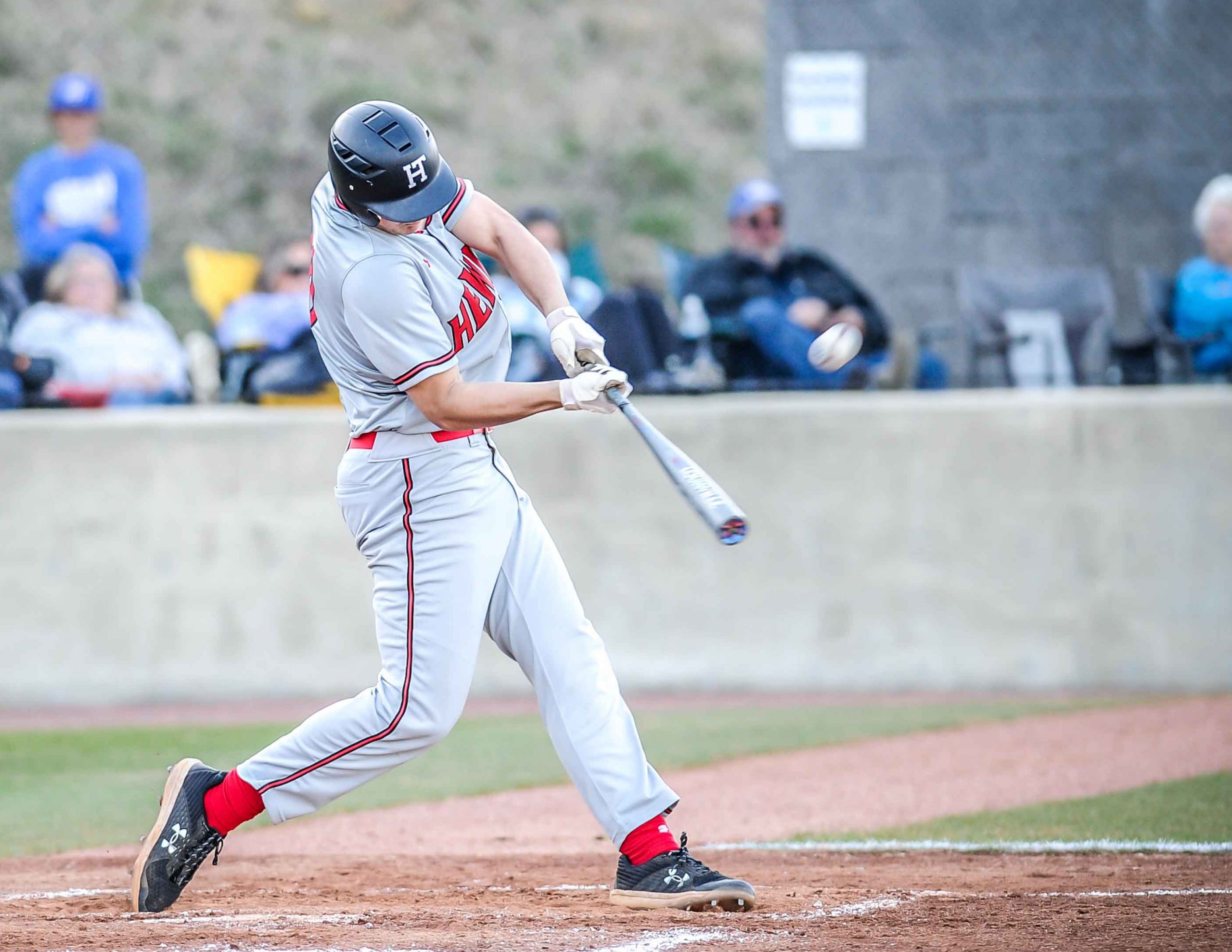 Hewitt-Trussville's Riley Quick connects with a grand slam during a road win on March 9, 2021. Photo by Vickie Unlap

KIMBERLY — A nine-run second inning thrusted the Hewitt-Trussville baseball team to a 13-9 road win over Mortimer Jordan on Tuesday night.

“To me, this is a good win against a really solid team,” said Hewitt-Trussville head coach Jeff Mauldin.

The Huskies sent 14 batters to the plate during the top of the second, collecting four hits, including a Riley Quick grand slam, to claim a 9-0 advantage. Hudson Boren singled home the first run before a walk and hit-by-pitch sent the second run across.

Mortimer Jordan starter Austin Morris proceeded to walk and plunk the third and fourth runs in before Quick emptied the bases with a towering grand slam to left field. Hewitt-Trussville went to the home-half of the second with a 9-0 lead.

Mortimer Jordan would cut the deficit to 9-5 with three runs in the fifth, but the Huskies responded with four more runs in the sixth to push things out of reach. 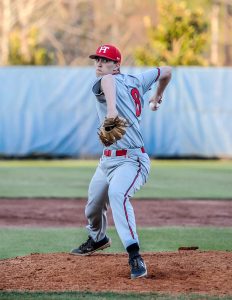 “Even when it was 9-0, I told our kids in the second inning, ‘this game is not over,’” said Mauldin. “They’re a good team, they’re coached by a good coach, they’re going to keep competing and that’s exactly what they did.”

The Blue Devils fought for four more runs in the seventh, but it was too little too late.

“For us, the second inning was huge,” said Mauldin. “We had a lot of hits, a lot of good at-bats, of course Riley’s grand slam was big, but then I thought we kind of slept walked through the next few innings and didn’t finish offensively, even though we scored 13 runs. I thought we should’ve put on more.”

Mauldin did like how his guys responded with a four-run sixth after Mortimer Jordan worked the deficit down to 9-5.

Trey Burrell went for three hits and two runs scored for Hewitt. Matt Miller doubled home two runs in the sixth and finished with three RBIs to go with four RBIs from Quick. As a team, the Huskies churned out 10 hits and 11 RBIs on the road.

Senior Skylar Jones got the Hewitt-Trussville start and struck out 10 batters in five innings pitched. He allowed five runs on nine hits and surrendered no walks. Quick checked in to work the final two outs in the seventh, pitching Morris into a groundout and finishing with a strikeout of Brody Harris.

The Huskies (11-2) are back at home on Thursday night against Springville.

“I just didn’t feel like tonight that we played Hewitt-Trussville baseball for seven innings,” said Mauldin. “I think we played a little bit, here and there, but just not a complete game that we want to play. We’ll go back to practice tomorrow and get better.”