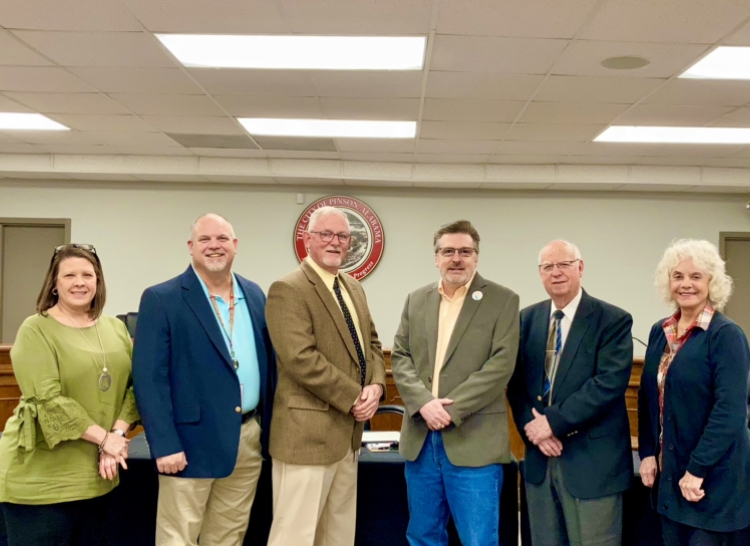 Howell said that due to hardships from Covid, his staff had to take pay cuts, which lowered firefighter paramedic pay to $14/hour. The average pay for departments the size of Palmerdale is usually between $15-18/hour, he said. As a result, Palmerdale Fire District has been losing paramedics to other departments that are able to pay more and offer more benefits.

“We’ve thrown everything we can think of in,” Howell said. “We’re actually sending kids to school; we’re getting two-year contracts out of them … but now we’ve got people buying out their contracts to take them from us. It’s like, every time we turn around, we don’t have anybody.”

“Basically, the only thing I can come up with, the last thing I’ve got is paying them better,” Howell said.  “I would like to go $16/hour for our guys. The only way I can do it is to get some assistance. We’ve exhausted every source we can think of. We’ve raised fire dues as far as the people are going to take it. We’ve cut spending outrageously; bare bones everything. This has not been a mismanagement of funds. This is a revenue issue on our end.”

Howell told the council that a donation of $74,000 would help him hire and employ the certified firefighter paramedics he needs in order to keep two transports running 24/7 while maintaining a medic within the district. He recounted for the council what it was like in the Palmerdale Fire District before they began offering transport services in 2011.

“Before I became the chief, I’ll never forget … it was like nine degrees outside, late December night, we called for an ETA on the ambulance: 47 minutes,” he said. “This was a bad wreck, elderly woman. All we could do was put her in the back of the fire truck and try to keep her warm until somebody showed up. I told myself right then, if I’m ever in a position to do anything about it, we’re going to start a transport service.”

In 2010, Howell became the Palmerdale fire chief, and by the end of 2011, the district began its transport service.

“Since the end of 2011 until the first of March (2021), we’ve transported 4,300 people from the Palmerdale/Pinson area and it’s been wonderful,” Howell said. “But now, we’re right back to the same situation … we’re barely able to keep one transport up because you’ve got people offering $5,000 sign-on bonuses to come work for them, plus paying more. We’ve been really proud to be able to do it all on our own, but we’re to the point now where we cannot keep up with market demand, ourselves, and it is what it is. But I don’t want anybody here to suffer waiting 45 minutes on an ambulance.”

After much discussion, the council unanimously passed a motion to give the Palmerdale Fire District $75,000 assistance, to be paid in three $25,000 installments over the next three quarters.

“I think it’s a reasonable request,” Mayor Joe Cochran said. “At the end of the day, part of our responsibility as a municipal government is to try to ensure that we have those type of things in place. We are so blessed to be serviced by two fire districts and not have to be in the fire business.”

In other business, the council passed the following motions:

The council also approved a proclamation honoring local resident and WWII vet William H. Cox on the occasion of his 100th birthday.