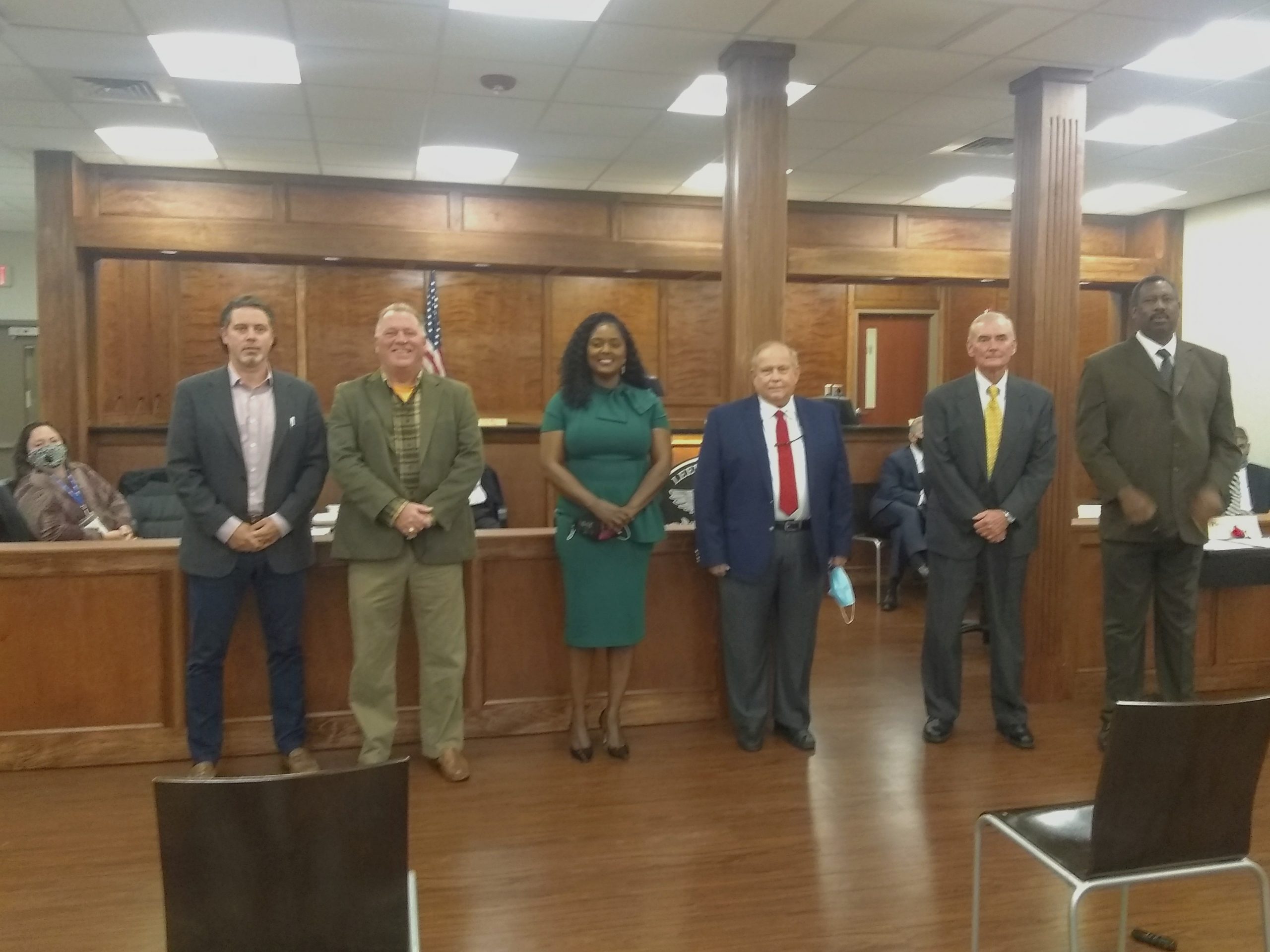 Ragland-Pierce, who represents District 5, began by saying that residents in her district have called about issues related to cleaning and repairing streets that Miller has allegedly not addressed.

Ragland-Pierce detailed her concerns about the issues, to which Miller replied, “No one’s contacted me from that district except one person and that was about you not returning their calls.”

Ragland-Pierce added that Miller told another council member about investigating her for contacting the local Walmart after “former constituents” had notified her of people not wearing face masks mandated by Governor Kay Ivey.

She said that she contacted the manager and discussed what could be done to address the issue and said that officers could escort those without masks from the store if he requested it.

“Two days later the chief [Jim Atkinson] goes to Walmart and tells him to file a complaint against me,” she stated. “Now that action was discriminatory as well because I don’t understand why you would tell him to file a complaint against me when I was doing what I was elected to do and then you go and tell someone else that you were going to investigate me and not talk to me. And I want to know what were you going to investigate.”

Miller responded with “We’ll find out.”

Ragland-Pierce said that despite the drop in COVID cases, she stressed the mandate for wearing masks. Miller then responded by saying: “I talked directly to the store manager and your stories of what transpired are totally different than what he told me.”

Miller declined further details, saying, “As far as I’m concerned, until the investigation’s complete, there’ll be no more comments on it.”

Chief Atkinson has not returned a call, from The Tribune, concerning the investigation.

Ragland-Pierce then addressed appointments of council members made to committees, including a discussion she had with Miller about her not being on the public safety committee and that Miller had blocked her from his political page on Facebook.

She provided printed out copies of a post made online by a resident in District 5 that his persistent calls about trash pickup have gone unanswered. A comment by Miller apparently said that he was sorry that Ragland-Pierce would not return calls but provided his email address.

Ragland-Pierce said that she responded to Miller and said that she had been blocked but was told by citizens about Miller’s reply.

She read her comment saying she had spoken with the resident that made the complaints and “the city’s lack of trash pickup on the side of the street. It is obvious that you have a problem with the community electing me for District 5 because of the hindrances you have put before me while doing my job to serve my constituents. Your unwarranted commentary is most unprofessional, but I didn’t expect anything less of you,” she said.

Miller then responded, first addressing the online comment: “First of all, I don’t have a political page, I have a private page. And I have had a political page in the past when I was campaigning but be that as it may, I can block anybody I want, that’s my personal page.

“I didn’t put you on the public safety committee because I put people where I thought they could best fit. And as far as I know, at least during the eight years that I’ve been mayor, you’re the only person sitting – councilperson sitting or not sitting – that’s ever been escorted out of a council meeting for disorderly conduct.”

Ragland-Pierce said that she was not a council member during that incident in the past. A disagreement followed over this and the resident about his calls on addressing the trash. Miller insisted that he does indeed service the district.

“We do provide services to District 5,” he said. “We’ve provided quite a bit of aiding. We picked up the trash in there just like we do in every district. There’s no discrimination although you told me and said I was discriminating. And you’ve called me a racist, which is not true. And that’s it as far as I’m concerned. I’ve heard what you had to say, and I will take it under advisement, so thank you very much.”

Before the exchange between Miller and Ragland-Pierce, the council voted to appoint a new member to fill the vacant District 4 seat left by Ryan Bell, who resigned after moving out of the district recently.

The new member is Angie Latta, who Miller said has been living in Leeds for 18 years. She has a bachelor’s degree in communications from the University of Alabama, is an officer in the Leeds Quarterback Club, and maintains an interest in economic development.

“She is very active,” Miller said of her. “And I personally think she’ll make a very good councilperson.”

In his reports, Atkinson noted a number of drug arrests made by officers in the department. Though he did not give an exact amount Atkinson said that the arrests netted several thousand dollars worth of drug money.

A recording of the meeting can be seen online on the agenda and events section of the City of Leeds website.