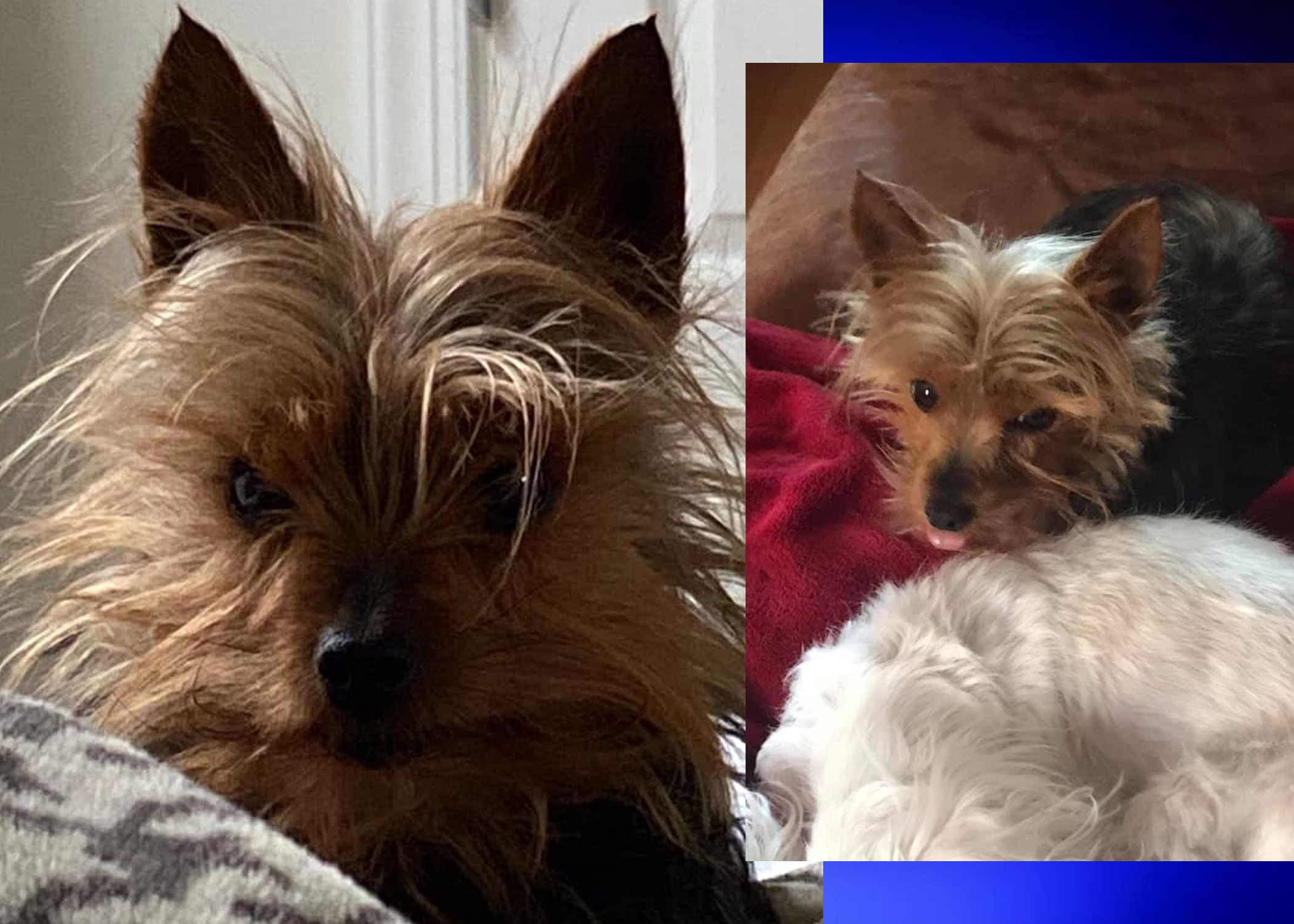 Family searching for dog after incident at Trussville boarding facility

TRUSSVILLE — A Remlap family is hoping to find their beloved pet after the dog disappeared from Deerfoot Animal Clinic on Sunday, March 21, 2021.

Evie, the less-than 5 lb. Yorkie was being boarded at the clinic while the family was on a trip to Disney. Natasha Peek, said her daughter, Laci, got the dog for her seventh birthday. When Laci turned 13 this week, the family decided to take a trip to the “Happiest Place on Earth” but the trip has been anything but happy.

“What kid should be bawling their eyes out at Disney?” Peek said. “She [Evie] is not just a dog, she is like my daughter’s child.”

Deerfoot Animal Clinic owner, Dr. Scott Russell, said the dog slipped out of a small opening between the building and the fence, while kennel attendants were inside cleaning the runs. He said the clinic has done all they can to try and find the dog.

“This sort of thing is not supposed to happen, and we take all the precautions that we can,” said Russell. “We’ve got the fence buried underground so they can’t get out, but this one little bitty pup just squeezed through that little gap.”

Since the incident, the small opening on the gate has been temporarily barricaded. Russell said he plans to permanently fix the fence very soon. 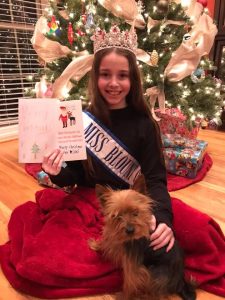 The family dropped off Evie and their other dogs at Deerfoot Friday, before leaving for their trip. Peek said they were contacted Sunday evening about the dog running away.

“We boarded her there and she was left unattended while she was out doing her potty break,” said Peek. “She got out at 4 p.m. and we were told about it at 10 that night.”

At the time of the incident, Deerfoot had 40-50 boarded pets and there were around three kennel workers on site. Office Manager Pat Ruschhaupt said the group working at the time let several small dogs out to use the bathroom while they cleaned the runs.

“While they’re doing this, they are also peeking out the door, checking on them,” Ruschhaupt said. “It’s not like they leave them out there and nobody goes and looks.”

Ruschhaupt said employees take turns watching the dogs while runs are cleared. When one of the workers came back, she realized a dog was missing.

Russell said he was notified shortly after the dog disappeared and he immediately looked into what happened.

“I don’t think it was gross negligence on our part,” said Russell. “It’s not like we left the gate open. I think it’s just one of those things. The pup was probably scared, and it found a hole that it could squeeze through.”

Ruschhaupt was notified about an hour after the dog escaped. She said she called in her own family members to come help look for the dog.

“They have kids so I called and asked them to come because I thought maybe if she heard a child’s voice she would come,” Ruschhaupt said.

Space where Evie escaped at Deerfoot Animal Clinic has been temporarily barricaded.

Ruschhaupt said as an animal lover, she understands the family’s heartache. She said she has communicated with the family as much as possible about the loss of little Evie. She tried to find the dog on her own before alarming the family. Unfortunately, the search was unsuccessful.

“My family has done everything,” Natasha Peek said. “My husband is a fireman and he is there. He’s made all of the flyers. My entire family is there.”

Being so far from home, Natasha Peek said it is hard to deal with the great loss but she is focusing on trying to comfort her daughter. Peek also said community members around Trussville and Clay have been helpful but there has still been no sign of the little dog.

“That whole community in Trussville at Deerfoot, they have been amazing,” said Peek. “They have all been out around Trussville Crossings.”

One person the Peeks are especially thankful for is Jeremy Hawkins, who works at the clinic.

Peek’s family, including her mother, has searched the nearby woods and has gone door-to-door in nearby subdivisions. A Trussville Police officer helped search overnight Sunday and into Monday and Deerfoot Animal Clinic brought in a bloodhound to track Evie.

“The bloodhound was brought in four or five ways to make sure it wasn’t a false tracking,” Peek added. “The bloodhound tracked her going into the Crossings at Deerfoot and it stops right there so that indicates that someone has picked her up.”

And Dr. Russell said he also believes someone picked up the dog. He hopes that if a good Samaritan did pick up Evie, they are able to see one of the many flyers posted around the area.

Peek said there are videos from the clinic and she has requested to view them. Russell said he is in the process of downloading the video and will share it with the dog’s owners as soon as possible. There is also a video from a nearby church that shows the dog darting into the woods shortly after she ran away.

The dog is not microchipped, and Peek said they took her collar off of her before they boarded her. Peek said she doesn’t want to give Deerfoot Animal Clinic bad publicity, but she wants to find the dog. She said the clinic has offered to buy Laci a new dog, but they really just want their dog back.

“I think as far as the clinic part of the business, you couldn’t get better care,” said Peek. “But my husband drove straight home when he found out about this and it would’ve been nice if he [Russell] left wherever he was and got up there, too. It’s just frustrating. I wish I would’ve been notified earlier and I think it should’ve been taken more seriously. Your presence as a physician and owner of this building is what we need to see…not a check or a new dog.”

The family is offering a $2,000 reward for the return of Evie. Deerfoot Animal Clinic is also offering a reward.

Russell said the clinic wants to do whatever possible to help, including putting flyers on mailboxes. Employees have taken turns walking around in the area, looking for the dog. The clinic is also contacting surrounding clinics, attaching flyers to every customer receipt, and using 25 new, large posters in the area.

“We are trying to be open and honest and we are going to try and take care of it,” Russell added.