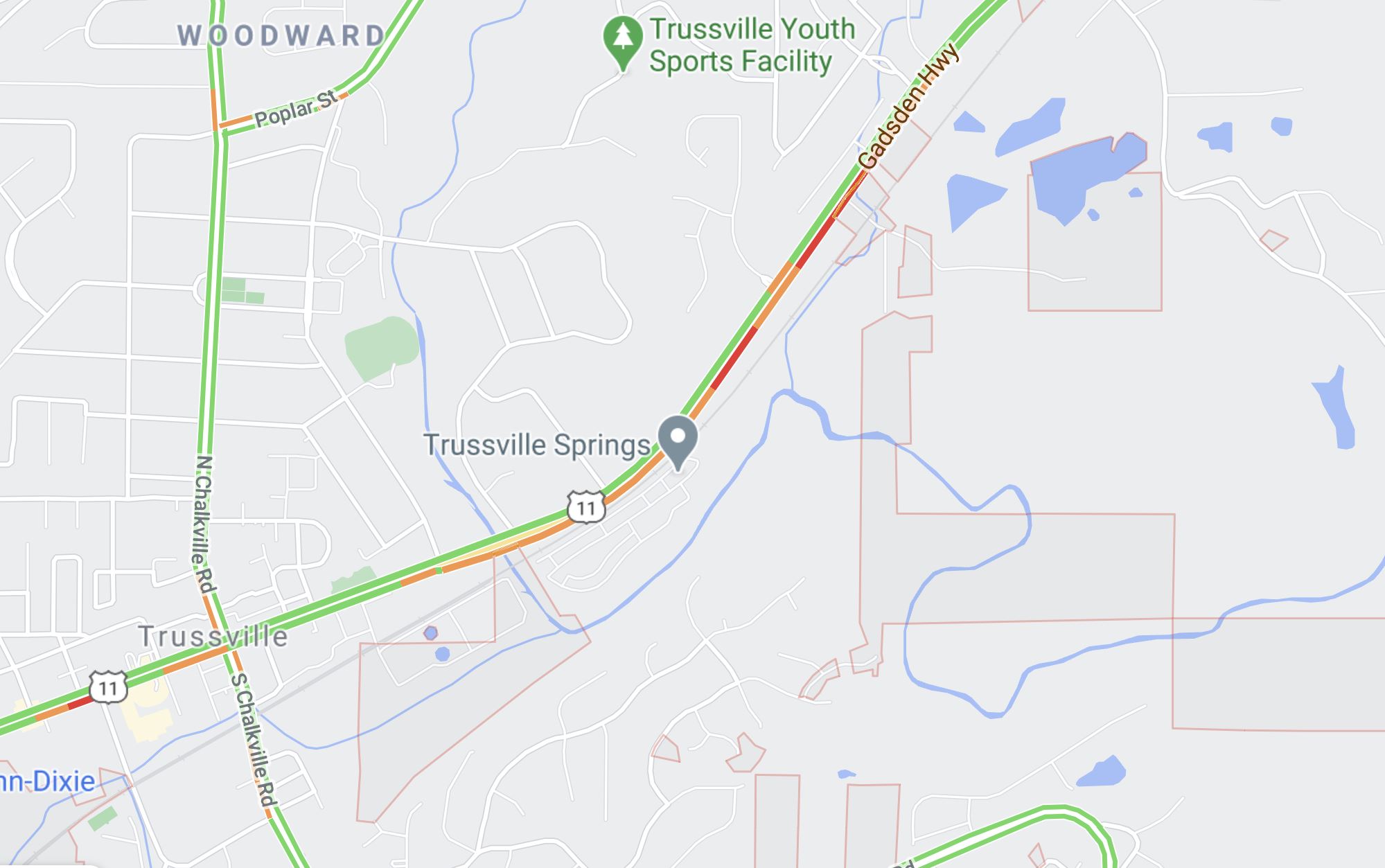 Traffic was snarled from the crash scene, in the 7000 block of Gadsden Highway (in front of Husky Barber Shop), all the way to Chalkville Road and Main Street. By 6 p.m., things began to move slowly in downtown Trussville.

Fire Chief Tim Shotts said he believed there were only minor injuries reported in the crash.