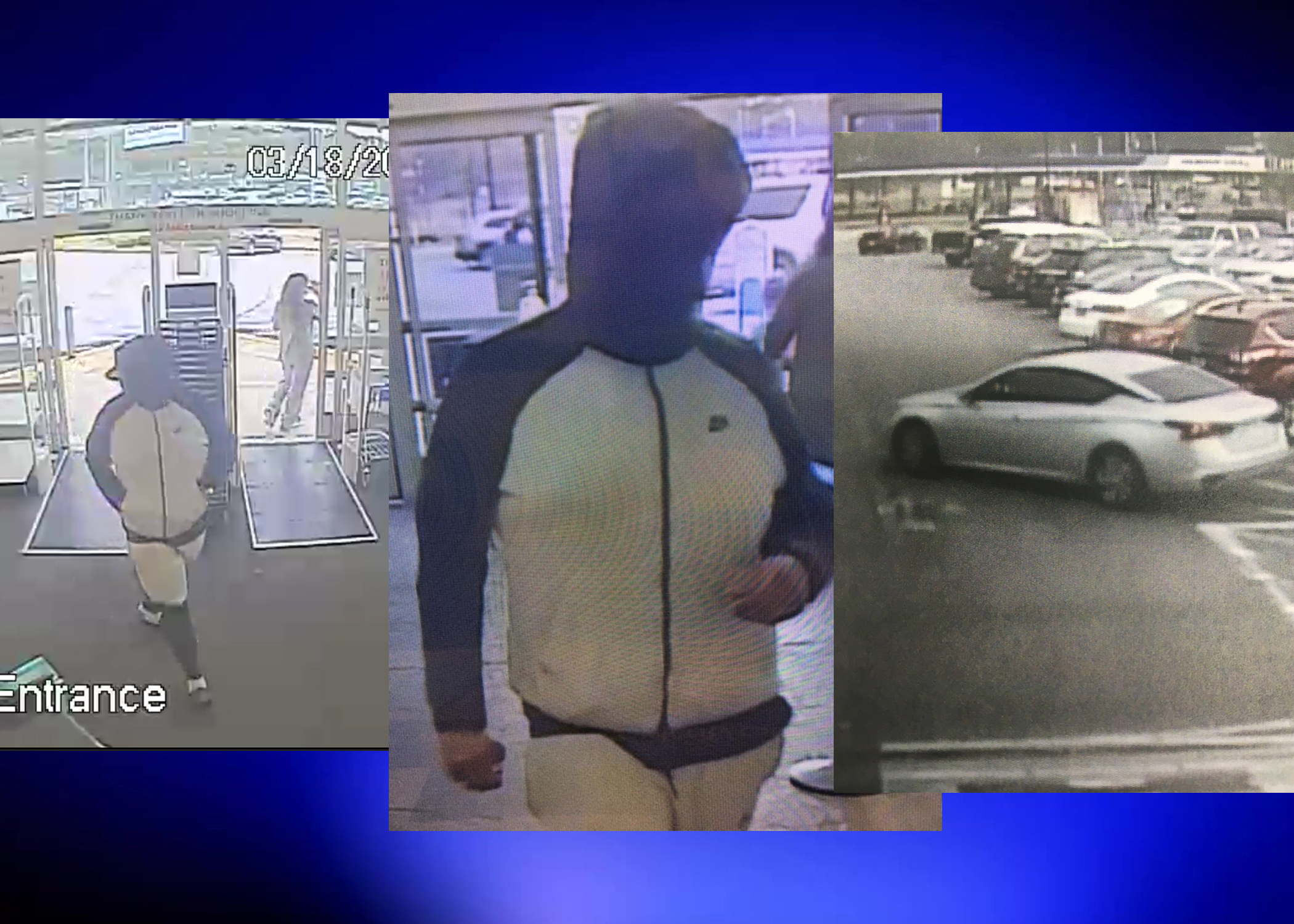 The vehicles were broken into and items stolen in the afternoon hours of March 18, 2021. Among items stolen were credit cards that were later used at Walmart and Walgreens in Leeds. Images show the person wearing a black and white tracksuit and a mask covering their face. Images of the person’s vehicle were also captured.

According to a police report, the rear passenger window of one car at the park was busted out and a purse that was placed underneath the passenger seat had been taken. Another purse was taken from an unlocked car in the same area.

If you have any information on the car break-ins or the person captured in the images, you are asked to call the Trussville Police Department at (205) 655-2101.