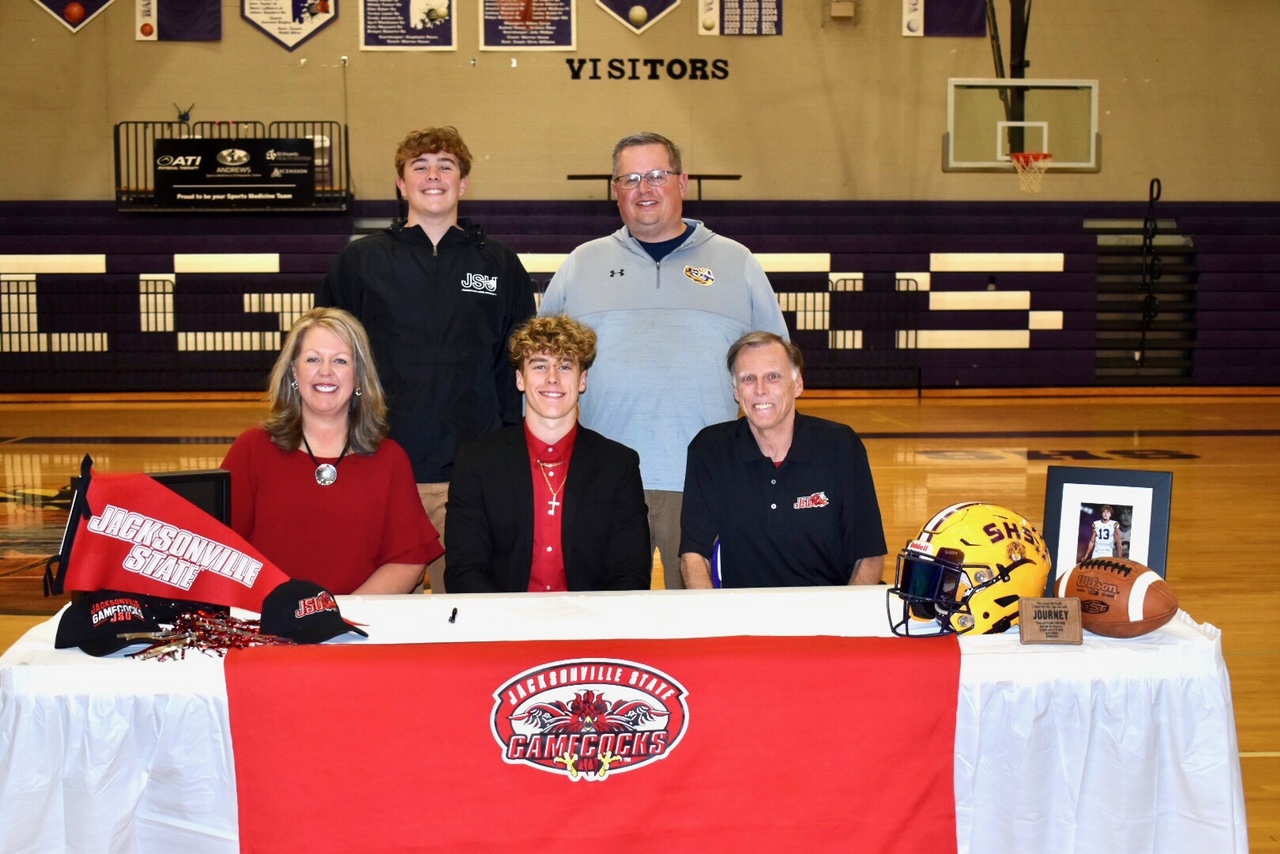 Pearson Baldwin, a three-sport athlete at Springville High School, recently signed with the Gamecocks’ Class of 2021 as a preferred walk-on.

The senior was dynamic for the Tigers last season on his way to 29 offensive touchdowns. He finished with 1,598 yards passing on top of another 1,055 yards rushing to earn the “dual-threat” label many quarterbacks want in today’s game.

His former head coach, Michael Graben, says Baldwin is capable of playing many positions on either side of the ball, from the defensive secondary to the offensive backfield and many spots in between.

“He’s a football player, he’s coachable, he does everything you ask him to do, his football IQ is really high and he’s very athletic, so they’re getting a good player,” said Graben. “He’s so versatile and he’ll be fine wherever they put him.”

Baldwin earned the title of Tribune Player of the Week twice last season. First, in August following a 27-14 season-opening win over St. Clair County. The right-hander went for three touchdowns on the road to go with 136 yards passing and another 145 yards rushing that Friday night.

His second player of the week nod came in late-October — his final outing as a Springville football player. He ended his prep career with a 343-yard, five-touchdown effort against Arab. He also ripped the game-winning touchdown pass to tight end Ben Bianchi with 1:16 remaining to secure a 35-34 win, which ended the Tigers’ season at 4-5 overall.

“When the best player on your team is the hardest worker, it makes things real easy,” said Graben. “And that’s what (Jacksonville State) is getting, a hard worker and a guy who can pretty much play anywhere. I’m sure if we would’ve asked him to line up at guard for us, he would’ve looked at us kind of strange, but he would’ve done it and probably been the best one we had.”

Despite the yardage and accolades, Graben says it’s Baldwin’s team-first mentality that truly sets him apart.

“Guys like him don’t come around very often and I was very fortunate to be at Springville High School when we had one,” said Graben. “He’s a competitor, he wanted to win and he was willing to take any lick, run over anybody, get run over, block, whatever for us to have a chance to win.”

“All Pearson wanted was a chance and he got his chance, so we’re excited for him,” said Graben.