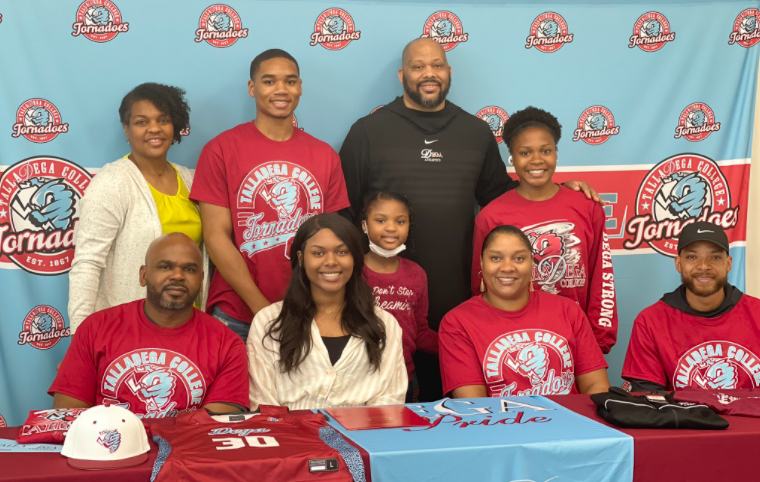 TRUSSVILLE — Amir Brown has become the second member of the Hewitt-Trussville girls basketball team to announce her plans to play college basketball.

The 6’0” senior on Thursday announced her intentions to play for Talladega College during a signing ceremony with coaches, family and friends.

Brown, a starting forward for the Class 7A runner-up Huskies, recorded 61 blocks, more than 170 rebounds and north of 150 points as a senior last season. Hewitt-Trussville head coach Tonya Hunter says Brown did a lot for her team, much of which did not show up on the stat sheet.

Her impact is certainly seen in the team’s final record: 29-5. The Huskies came in at No. 3 in the final Class 7A rankings of the year and strung together three playoff wins to finish as the state runner-up behind top-ranked Hoover.

Brown also thanked her current and former coaches along with her trainers for the roles they played in her journey: “Thank you all for taking your time and seeing the potential in me.”

“Dreams to Reality” – @amirgabrielle03 moves on to the next level. Proud of the work she put in to give herself an opportunity! #workedforIT pic.twitter.com/Y9I0qxwLlT