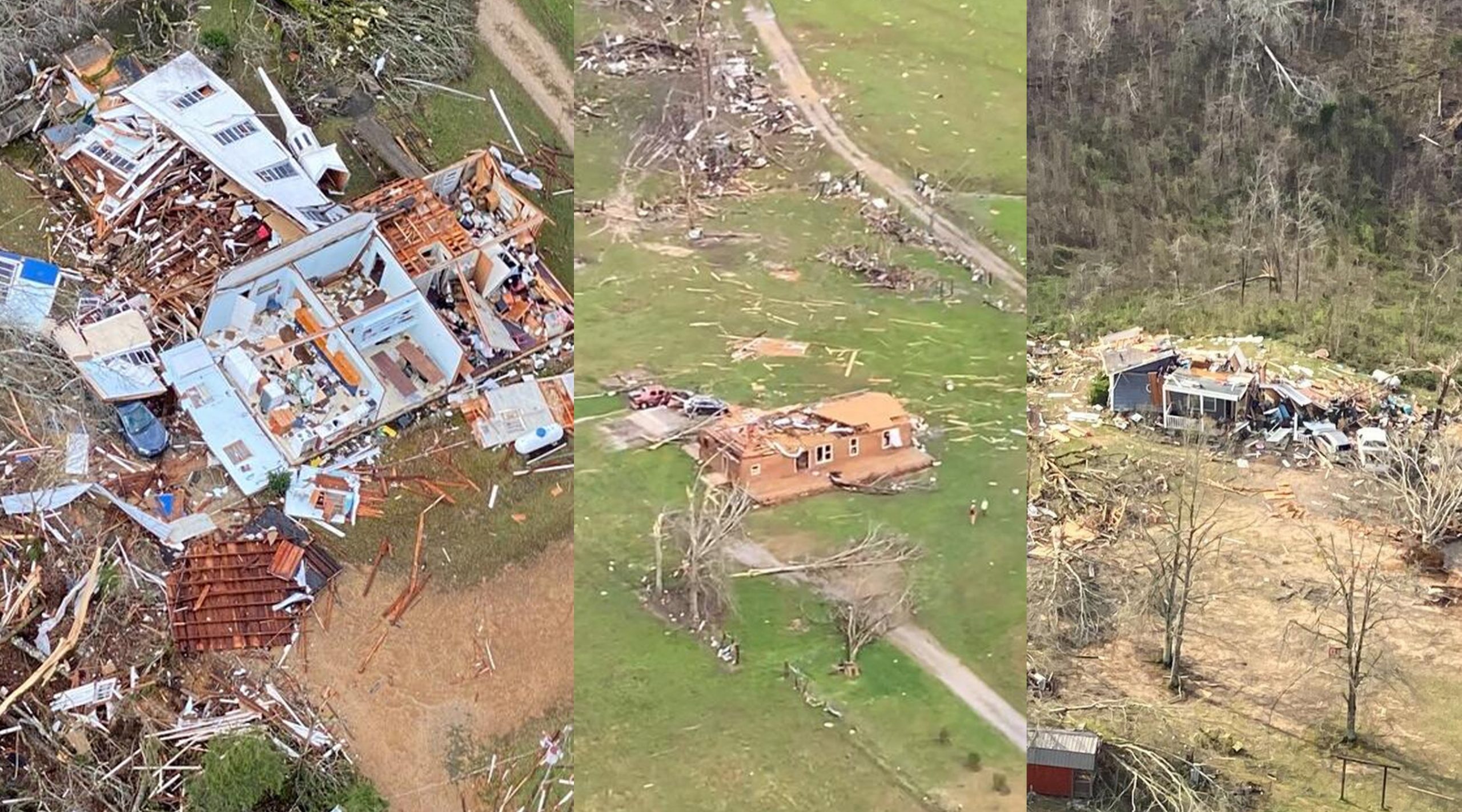 At least five fatalities and an unknown number of injuries were reported.

“We are very thankful that our county suffered minimal damage and we sustained no loss of life in the storms yesterday,” the St. Clair County Sheriff’s Office said in a statement. “Our neighbors to the North in Calhoun County were not as fortunate.”

The confirmed deaths were in Calhoun County, in the eastern part of the state, where one of multiple twisters sprang from a “super cell” of storms that later moved into Georgia, said John De Block, a meteorologist with the National Weather Service in Birmingham.

Pat Lindsey, a resident of the county’s hard-hit town of Ohatchee, told The Associated Press that a neighbor of his was killed when a twister destroyed his mobile home. “He was good as gold,” Lindsey said.

Calhoun County Sheriff Matthew Wade said the twister cut a diagonal path across the county, striking mostly rural areas — something that likely kept the death toll from being higher.

Farther west, vast areas of Shelby County near Birmingham were badly damaged. In the city of Pelham, James Dunaway said he initially ignored the tornado warning when it came over his phone. But it wasn’t long before he could hear the twister approaching, so he left the upstairs bedroom where he had been watching television and entered a hallway — just before the storm blew off the roof and sides of his house, completely exposing the bedroom. All three of his vehicles were undrivable.

Pelham authorities posted video of large trees blocking roads and utility poles leaning menacingly over debris-littered streets. Firefighters outside a flattened home in the Eagle Point subdivision, also in Shelby County, said the family that lived there made it out alive before they arrived. Nearby homes were roofless or missing their second stories.

Shelby County Sheriff John Samaniego told the AP that some houses in the county “have been completely destroyed.”

Search and rescue efforts were complicated by strong weather that continued to rake across the region. Radar “debris signatures” showed a tornado that formed in southwest Alabama traveled roughly 100 miles (161 kilometers) and stayed on the ground for about an hour and 20 minutes, De Block said.

The twisters ripped through towns from west to east. In the western city of Centreville, south of Tuscaloosa, Cindy Smitherman and her family and neighbors huddled in their underground storm pit as the twister passed over their home.

The St. Clair County Air Support Unit was able to capture some of the Calhoun County damage from the air.

“Our thoughts and prayers are with everyone who sustained damage and lost a loved one in these dangerous storms,” added the St. Clair County Sheriff’s Office.