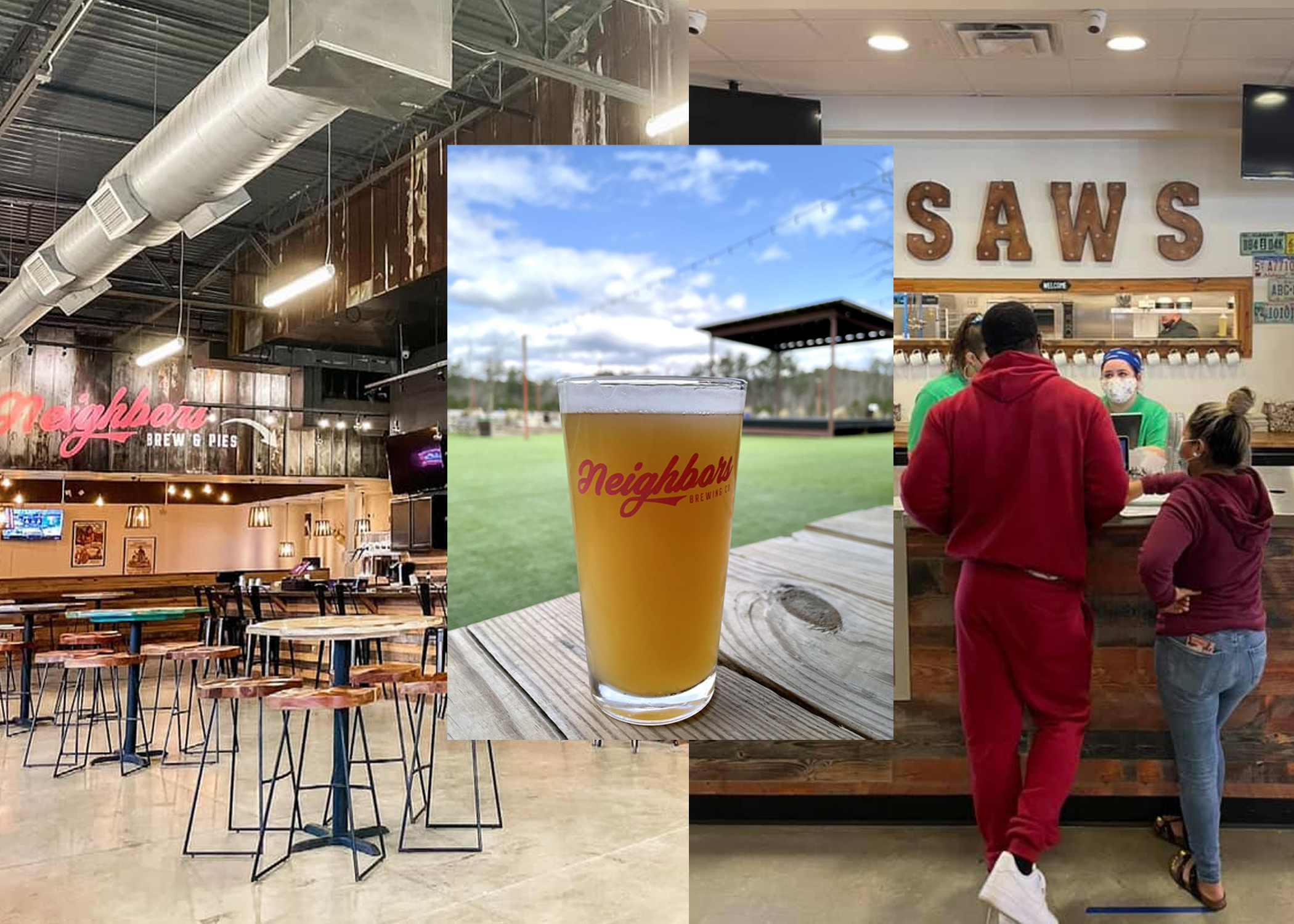 The Backyard in Leeds to celebrate grand opening of Saw’s BBQ, new brewery this week

LEEDS – The drive-in movie theater in Leeds and The Backyard is ready to serve up family fun with movies, mini-golf, food and more.

Grand River Drive-In at The Outlet Shops of Grand River is owned by Hunter Lake, the previous owner of Avondale Brewery. Along with the drive-in, there are Neighbors Brew & Pies and Saw’s BBQ Leeds now open in a mixed-use facility at The Backyard. The indoor facility is a 9500 sq. ft. space and is full of food and fun. There will be a grand opening celebration later this week for the new additions.

“There is the stone-fire pizza with Neighbors Pies and Saw’s BBQ,” said Amy Hicks, the marketing and events director for Grand River Drive-In and The Backyard. “There is also the Snack Shop with concessions at the drive-in.”

There is a fenced dog park and the drive-in and The Backyard are pet-friendly.

“There is no facility like this in the city of Leeds or the city of Trussville,” Hicks added.

Neighbors Brewing Co. features craft beer selections brewed in-house. There is also a full bar, an arcade, and a pool room. Outside, guests can enjoy backyard games, mini-golf, and a dog park.

Hicks said Lake recognized a need for the surrounding communities and has worked to create a destination to meet those needs.

“He purchased the Grand River drive-in a few years ago and during that opportunity, he realized that we were missing an entertainment district appeal at the Shops of Grand River as well as Leeds,” said Hicks. “He wanted a place where family and friends and dogs could all come out.”

The area gives families a friendly, clean and safe option for entertainment and dining.

“There is nothing like this. For the city of Leeds, it is a one-stop-shop,” said Hicks.

And there could be even more added to the area within the next few years. Hicks said owners are discussing options such as adding an amphitheater or a kayak launch into the Cahaba. None of the plans are set in stone, but Hicks said to “stay tuned for future expansions on this property and all they have to offer.”

The grand opening celebration will be from 10 a.m. until 10 p.m. on Thursday, April 1. There will be live music, giveaways, food and drink specials, and a live broadcast of “Oh Brother Radio” by Birmingham Mountain Radio.